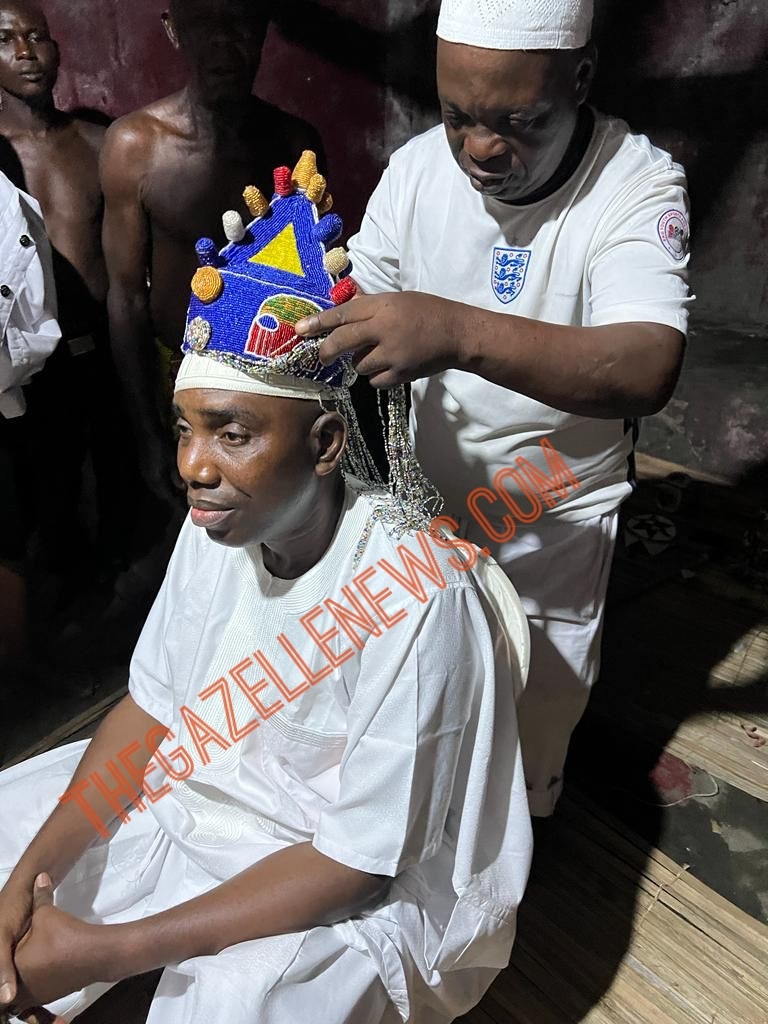 Posted By: The Gazelle NewsIn: Life, Metro, NewsNo Comments
Print Email
Former member of the Lagos State House of Assembly, Bashir Oloto has been crowned the new Oloto of Otto and Mainland, relorts thegazellenews.com
Bashir, now named His Royal Majesty Bashir Abisoye Oloto, Oloto of Otto & Mainland was crowned on Tuesday, 22 November, 2022 when he was presented the staff of office by the state Governor, Babajide Sanwo-Olu at his palace in Otto.
The staff of office was presented to the new Otto monarch by the representative of the Governor and his Special Adviser on Local Government and Chieftaincy Matters, Honourable Kayode Roberts.
Full details later.

Omo-Agege Felicitates With Omatseye At 60

Amotekun: Are Yoruba States In Nigeria Asking For Sovereignty?