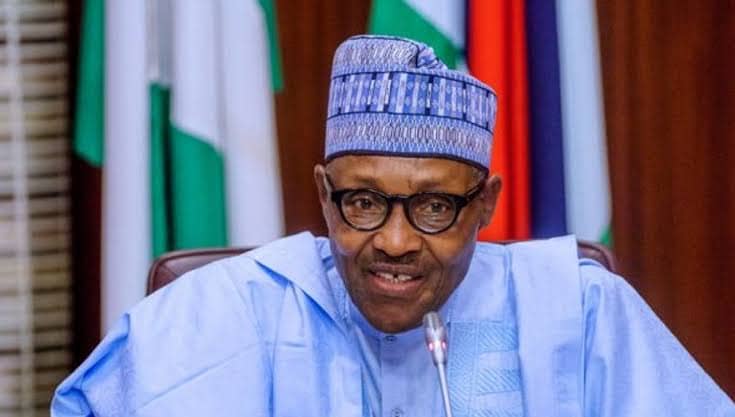 Recently, President Muhammadu Buhari assented into law, the Executive Order 10 of 2020. The Order is meant for the implementation of financial autonomy of the state legislature and judiciary. This law is also meant to empower the state legislature and judiciary to be independent and accountable arm of the government . According to report, the President signed this law based on the power vested in him as the President of the Federal Republic of Nigeria under section 5 of the constitution of the Federal Republic of Nigeria 1999 (Amended), which extends to the execution and maintenance of the constitution, made by the National Assembly (including but not limited to section 121` (3) of the 1999 constitution (as amended ) which guarantee financial autonomy of the state and judiciary .

According to report, the Order provides that “ the Accountant General of the Federation shall by this order and such any other Orders, Regulations of Guidelines as may be issued by the Attorney- General of the Federation and the Minister of Justice, authorize the deduction from source in the course of Federation Account Allocation from the money allocated to any state of the federation that fails to release allocation meant for the state legislature and state judiciary in line with the financial autonomy guaranteed by section 121 (3) of the Federal Republic of Nigeria. This law is long awaited. It is also one of the viable tools promotes the tenets of the democracy, which allows for the independent of the legislature, executive and judiciary.

The House of Assembly occupies a very strategic position in a democratic government. The House is the seat of the legislative arm where laws are made for the state government. Section 90 of the 1999 Constitution provides that that there shall be a House of Assembly for each states of the federation. In carrying out its duties, Section (90) – 119 of the 1999 constitution empowers the State House of Assembly to carry out its constitutional roles of Lawmaking, representation and oversight. The financial autonomy granted both the State House of Assembly and judiciary is also along the principle of Separation of Power. The theory of Separation of power affirms that the three arms of government (Executive, Legislature and Judiciary) should be allowed to operate without any overlap. In essence, the theory of Separation of Power emphasizes that the amount of power that exist in a given arm of government should not be consolidated in one organ of government. That if these powers are divided into three organs of government- legislature, executive and judiciary, the chances of dictatorship is curtailed.

The judiciary, being the third arm of government is responsible for interpretation and application of the laws when they are violated. It equally adjudicates in disputes between the executive and the legislature and between government and even the citizens. The passage into law of the executive order 10 is also in line with the doctrine of Check s and Balance. The Principle of Check and Balance advocates the use of one organ of government to check the activities of the other organs. Invariably, both the state legislature and the Judiciary are now of independence status in the area of funding under their various executive arms. The State legislature can now carry out its roles without interference from the executives. The autonomy is expected to raise efficiency, eliminate excesses and recklessness on the part of executives , who often times see themselves as more equal than the others. Furthermore, the masses will do good by serving as watch–dogs in seeing that these laws are not abused. With the financial autonomy, there is the need for proper documentation and computerization of the legal system in order to prevent the system from being hacked. The state legislature should also computerize their dealings ranging from bills, relevant research, legislative agenda and other financial details.

The time has also come for the executive to see the review its spending in the Post Covid -19. A situation where legislature do not meet the mandatory attendance in the hallow Chamber of the House and yet paid their monthly wages calls for concern. At all levels of government, the high cost of governance has been a major concern as this is said to hamper genuine development. The outbreak of Pandemic COVID-19 and subsequent lockdown of the economy since March 28th, 2020 has changed the sphere of governance.

Just awhile ago, Lagos State Government , in a report announced a reduction of 25 percent in its 2020 budget, as a result of the fallout of the lockdown of the economy since March, 2020. Lagos is one of the major buoyant states among the 36 states in the Federation. One wonders what will be the fate of other states, especially those in the North East and North West that depend solely on Federal Government to run their state. As a result of the Pandemic COVID-19 lockdown, many Nigerians, especially who earns daily income suffered untold hardship, poverty and neglect. Still, the palliative measure put in place by the Federal Government have yielded little or no result .There has been series of reports on the palliative being hijacked by political parties’ chieftains and elders. The Post COVID- 19 Pandemic Lockdown should be a time for reappraisal by all the arms of governments on their income and expenses and the welfare of the masses. Most Nigerians are of the opinions that its democracy has remained too expensive to manage. It is high time Federal Government spearheaded an opinion poll among Nigerians on the need for cancellation of either the Federal House of Senate or Representative; conversion of wages of these officials into a Civil Service or those who aspire to serve in the Senate should be willing to do so on voluntary. There is the need to eliminate wasteful spending and reduction of bogus salaries and allowance of the political office holders, among which legislators. The Revenue Mobilization, Allocation and Fiscal Commission (RMAFC) which is empowered to stipulate, regulate and fix the salaries of all public officials, especially those holding public offices should be carried along in the process. The time to restore Nigerians confidence on Government be it (Executive, legislators and even Judiciary) is now.