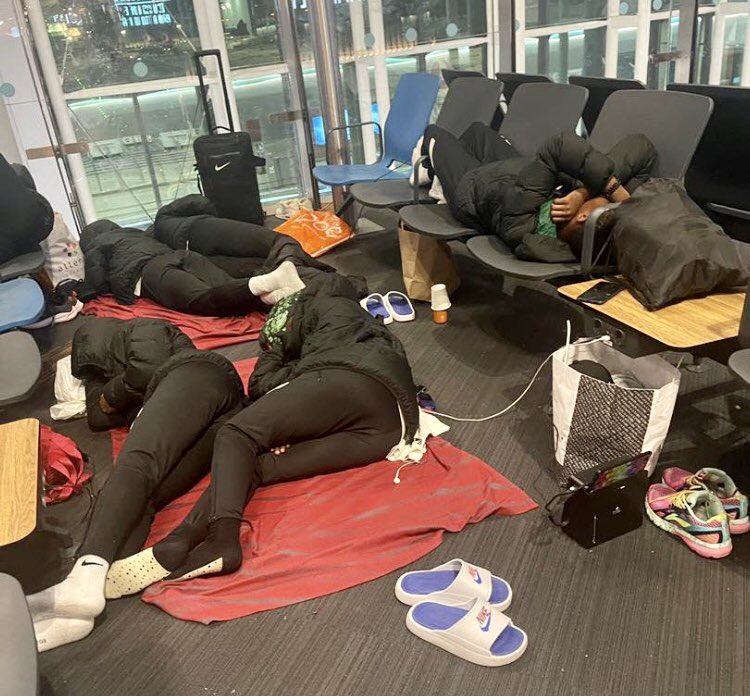 Falconets Sleep On Chairs, Floor At Turkish Airport After Crashing Out Of U-20 Women World Cup + Photos

Posted By: The Gazelle NewsIn: News, SportsNo Comments
Print Email
Photos of Nigeria’s Super Falconets sleeping on chairs and floor at a Turkish airport in Istanbul, Turkey, have emerged online.
The football team performed well at the 2022 FIFA U-20 Female World Cup in Costa Rica until Monday, August 22, 2022s, when Netherlands eliminated them at the Quarter Finals stage.
The Nigerian team was reportedly making it back to the country via a connecting flight to Abuja when they ran into logistical challenges in Turkey. 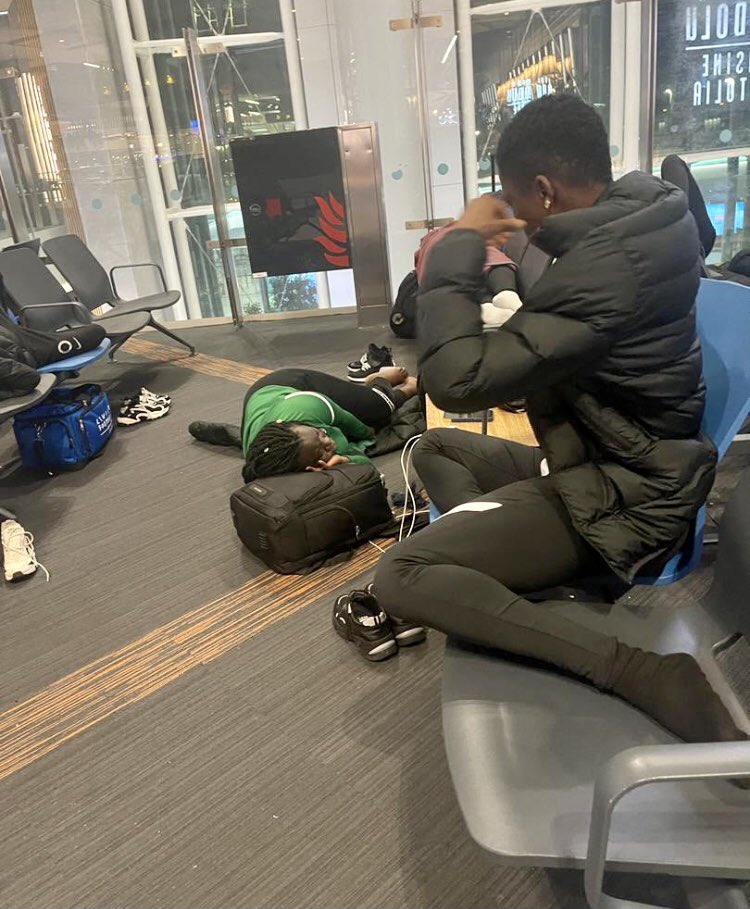 Posting the photos to his social media pages, a Super Eagles’ ex-Media Officer, Collin Udoh, said, “Nigeria’s #Falconets have been travelling from Costa Rica since 6:30am on Monday.
“They’re now in Istanbul on a 24-hour layover and sleeping on the airport chairs and floor, or wherever they can find.”
This has however sparked angers among Nigerians on social media. 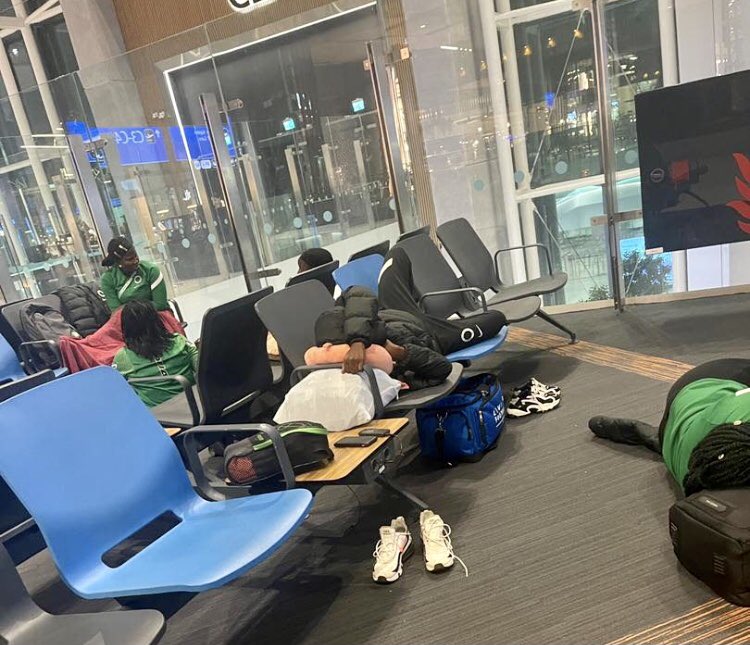 Paul Edakpayi wrote; “Very sad pictures of teenagers who represented Nigeria at the U20 football world cup sleeping on the floor at the airport. The sad thing is that some officials have stolen millions of naira from this trip and the real actors are being made to suffer.”
Joseph Abiola Agbesusi said, “I really do not know why people keep fighting for the glory of this country, it is so sad that those who mean very well for the country don’t get encouraged, but I guess it is better to keep fight still it gets better.”
Jumoke Ayanfe Eledumare on her part said, “I understand that connecting times can be horrendous, but why did the Sports Ministry fail to book a hotel for them? There are many airport hotels or those in the vicinity that could have been booked for these girls. This is bad and you wonder why our sports men run abroad as soon as the opportunity presents itself.”
Amadi Isaac said, “Sunday Dare is the worst Minister of Sports we have ever had in our country, guess who brought him to this government?”
Uchechukwu Odihonu wrote, “These girls gave their all for the love of sport and country. Why leave them in this state without proper adequate care? This isn’t right at all. These girls are supposed to be treated with pride cos they did wonderfully well at the tournament. I’m pained.”
However, Jacob Kenny Idowu who seem to have had experience with Turkish Air said, “That’s the problem with Turkish Air. They will never provide hotel accommodation for their passengers on long hours transit. If they had used Emirates Airline they will lodge them in the hotel during the period of their layover or stop over in Dubai.”

Breaking: Lagos Extends Work From Home Order For Workers On Levels 1-14 To Feb 26