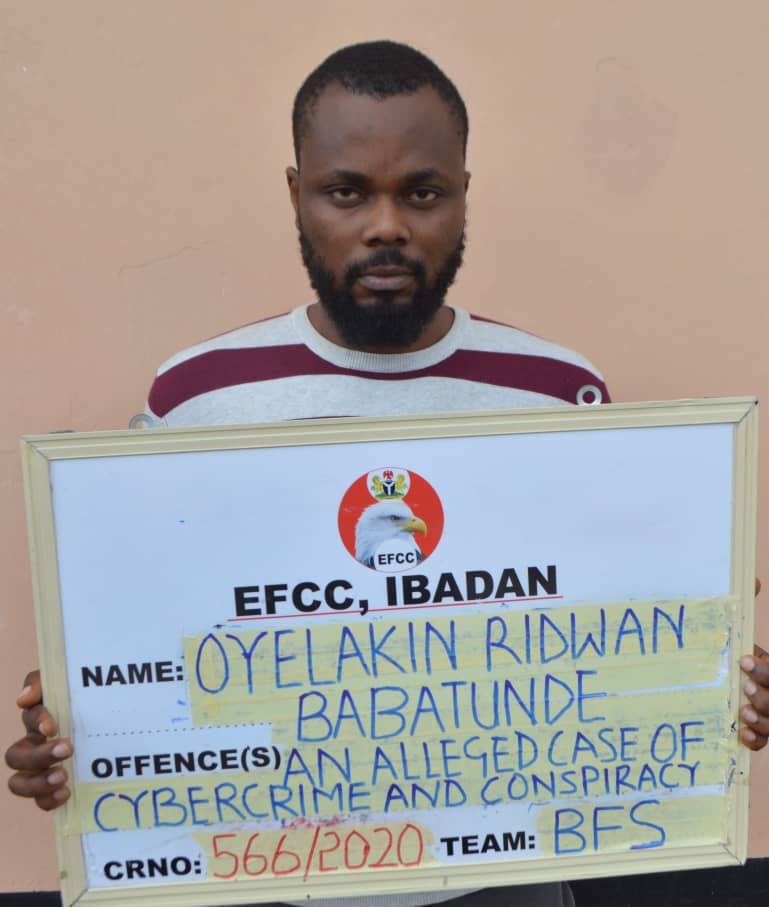 The Ibadan Zonal Office of the Economic and Financial Crimes Commission, EFCC, on Thursday, February 4, 2021 secured the conviction of one Oyelakin Babatunde who was sentenced to four months of community service for cheating by Justice Omolara Adeyemi of the Oyo State High Court, Ibadan.

The 32-year-old who claims to be a fashion designer, was arrested in September 2020. He allegedly obtained money by false pretense from unsuspecting foreigners through Amazon and iTunes gift cards as well as Western Union and MoneyGram money transfer.

Oyelakin’s offence contravenes Section 421 of the Criminal Code cap 38, laws of Oyo State, 2000 and punishable under the same section.

Oyelakin pleaded guilty to the one count charge brought against him by the EFCC.

Aside the jail term, the court also ordered him to restitute the sum of £950 (Nine Hundred and Fifty British Pounds) to his victims and forfeit one Lexus Rs350, one silver Hp Laptop, one white Iphone 11, one golden iPhone wrist watch and one black Nokia phone to the Federal Government of Nigeria.

EFCC Docks Man, His Company For Oil Fraud in Kaduna