By The Gazelle NewsOctober 9, 2021No Comments3 Mins Read 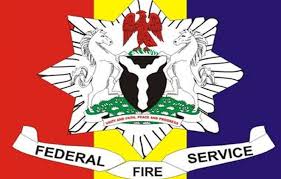 Share
Facebook Twitter LinkedIn Pinterest Email
The Controller General, Federal Fire Service Dr. Alhaji liman has expressed the need for the development of a new Fire Policy, review the obsolete Fire Service Act, the Standard Operating procedures and the upgrading of the National Fire Safety Code.
The CG, who stated this during the closing ceremony of the maiden edition of the 5 days Command and Leadership training/retreat organized by the Federal Fire Service  for its top management personnel in Akure, Ondo state,  also revealed that the Legal document of the Service, the Fire Service Acts of 1963 is undergoing amendment  processes and is near conclusion stage with the Director Legal of the Ministry in collaboration with the Attorney General, which will be submitted through the Minister of Interior to the Federal Execurive Council and to the National Assembly for approval.
He disclosed that the Service shall be comparing the Fire Policies of Malaysia  and Singapore Fire Services, in order to draw up a workable and constructive Fire Policy for the Nigerian Fire Service. According to the CG, collaboration with the Nigerian Society of Builders, Nigerian Society of Architects, and many other relevant stakeholders shall be established in order to have a robust National Fire  Safety Code, that will enable proper Fire Service regulations.
The Controller General, as always attributed all the achievements in the Service so far to the commitment and support of  President Muhammadu Buhari and the Honorable Minister of Interior, Ogneni Rauf Aregbesola and sincerely expressed his appreciation for their all time approvals.
Meanwhile, the Minister of Interior, Ogbeni Rauf Aregbesola, while speaking at the event, expressed his delight for the training/retreat,  stating that capacity building, training and retraining can not be underestimated if an organisation desires to record efficiency and success, adding that developing an efficient and workable system will build the confidence of the populace in  Fire Service.
The Minister, who advocated for a robust budget for the Federal Fire Service, however lamented that without proper remuneration the Fire Service may not be able to perform optimally.
He therefore, charged the Federal Fire Service to invest more in advocacy and engagement programme with the people and the media, as the  most important  and effective means  of fire fighting is prevention and mitigation.
The minister, who expressed his appreciation to the Ondo State Government  for the 1.048 hectares of land donated to the Federal Fire Service for the building of its Zonal Command office, also received the land approval letter on behalf of the Service and presented it to the Controller General, Federal Fire Service.
He therefore encouraged  participants at the training/retreat “think big” charging them to never relent in embracing improvement and productivity, while pledging that  his office will continue to facilitate capacity building activities through training and retraining, locally and internationally to enhance the productivity of the Federal Fire Service.
The Ondo State governor, Rotimi Akeredolu SAN who was represented by  Engr, Raimi Olayiwola Aminu, state Commissioner for Lands and Infrastructure, called on the Federal Fire Service not to relent on its chase for capacity building and enjoined the participants of the training/ retreat to transfer same knowledge acquired during the training to their subordinates.
He therefore pledged more support to the Federal Fire Service in order to create and  strengthen collaboration with the Service.