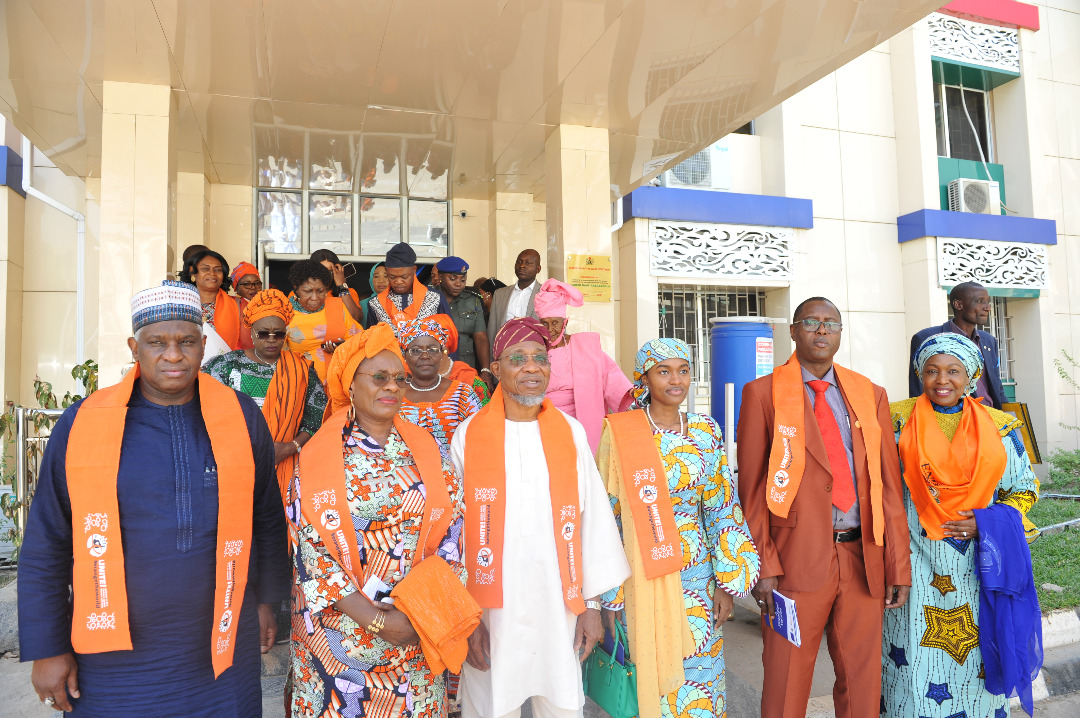 Share
Facebook Twitter LinkedIn Pinterest Email
In-line with the Federal Government’s initiatives to eliminate gender based violence, Minister of Interior, Ogbeni Rauf Aregbesola has directed Management of Civil Defence, Correctional, Fire and Immigration Board (CDCFIB) to create Special line for women in all the Services under the Ministry with a view to enable women to play their role in creation.
Aregbesola stated this during an advocacy visit by the Minister of Women Affairs, Mrs Pauline Tallen for commemoration of the Year 2022 16 Days of Activism on Elimination of Gender Based Violence (GBV) campaign in Nigeria which is ongoing with the theme “Unite! Activism To End Violence Against Women and Girls, on Thursday, 8 December, 2022, in his office, Abuja. 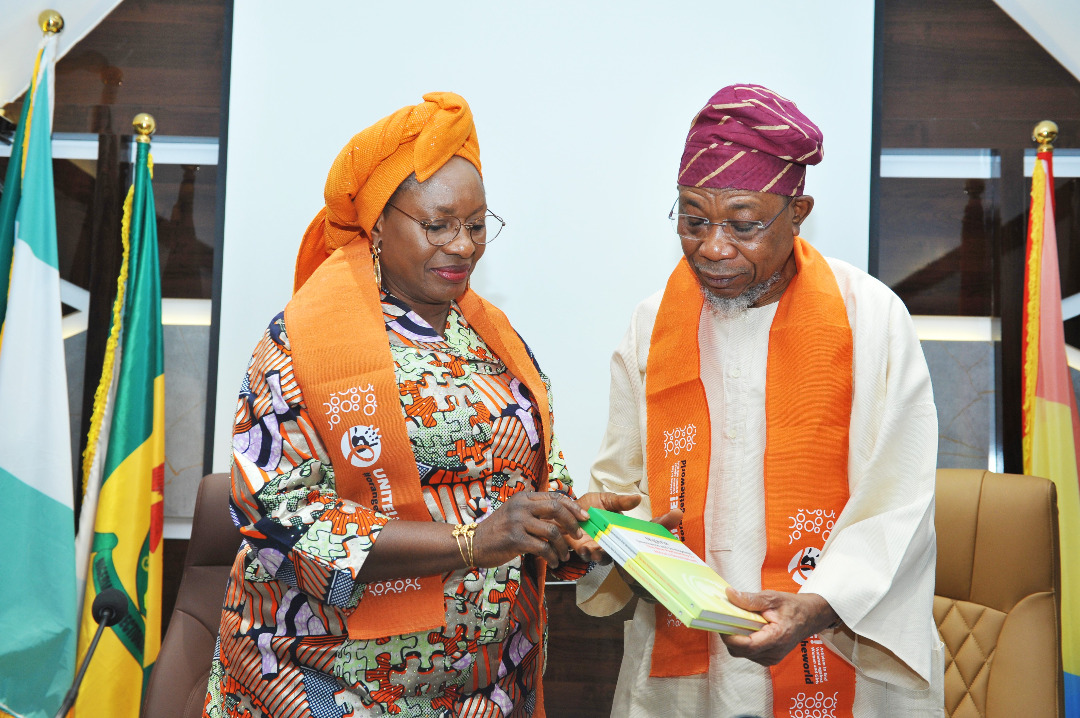 The Minister of Interior described Mrs. Tallen as an activist per excellence, committed woman and protector of under privileged citizens.
“Women are special creation by Almighty Allah who bring joy, happiness to the society,” Aregbesola reiterated.
He drew attention of the crowd to show appreciation to President Muhammadu Buhari for his wisdom in appointing Mrs Tallen as Minister of Women Affairs, adding that her appointment is a round peg in the round hole.
“I am a strong advocate of human rights, that if women are given attention and well recognised and there will be minimal level of criminalities in the society and Nigeria at large,” he said.
Earlier in her address, Mrs Tallen appreciated the Minister of Interior on his continued support and collaboration with her Ministry and issue of Gender-based violence.
She described him as champion and true leader and also referred to him as a “He for she.”
Mrs Tallen sought for the Minister’s assistance, to help in fighting gender-based violence and checking of illegal migration of women through the nation’s borders.
She equally appealed for better accommodation for mothers and babies in the Correctional Centres across the nation.
Subsequently, the Minister of Interior was decorated with an Award of ‘He for She’, for his support and contributions towards the elimination of Gender-based violence.
In his welcome address, Permanent Secretary, Ministry of Interior, Dr. Shuaib Belgore said that the Ministry of Interior is very sensitive to the issue of Ministry of Women Affairs adding that Interior Ministry has engaged in various  collaborations with its Women Affairs counterpart.
Other dignitaries at the event include: Permanent Secretary of Ministry of Women Affairs, Aliyu Shehu Shinkafi; and the National President of Women Affairs, Mrs Lami Adamu Lau and others.