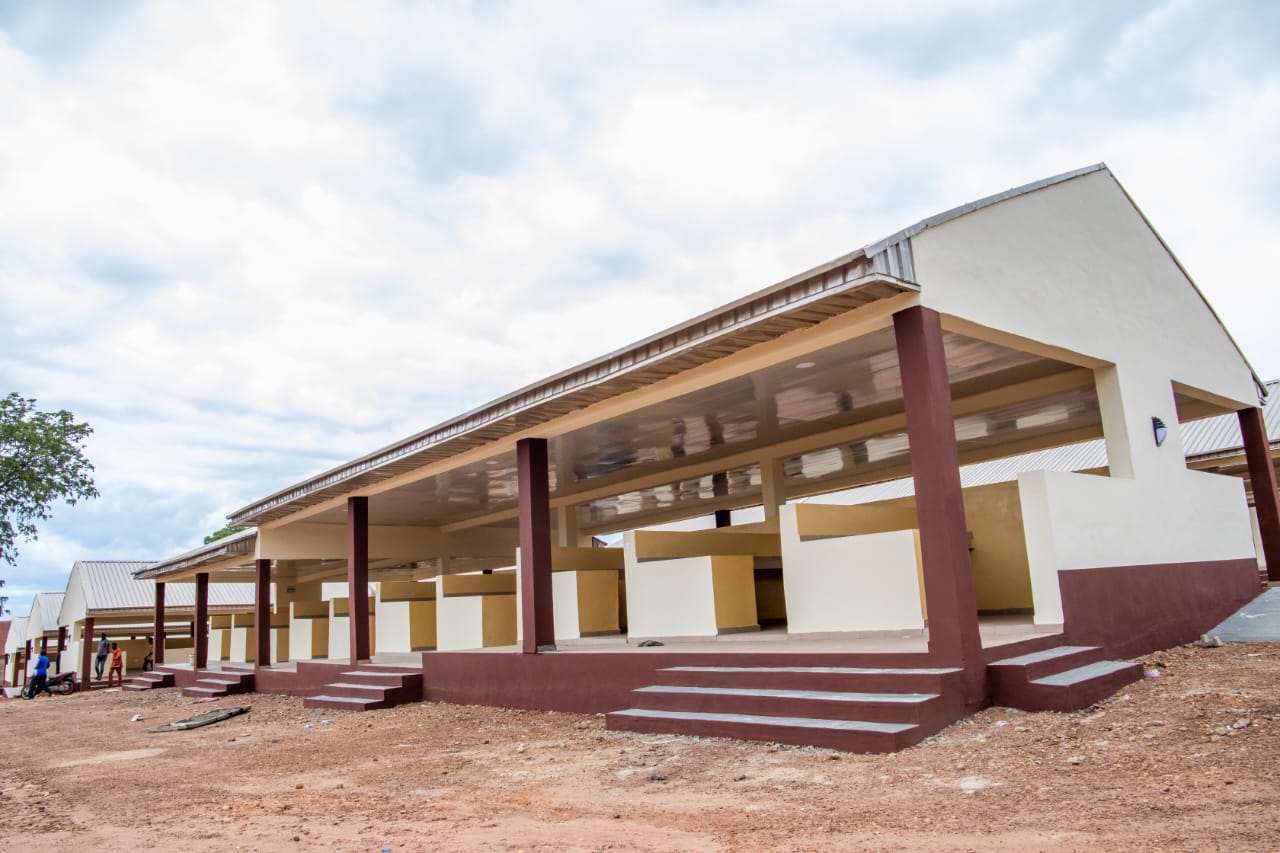 The first phase of Gbugbu international market is ready for delivery, Kwara State Governor AbdulRahman AbdulRazaq said on Saturday, 27 August, 2022, as residents commended the Governor for his impactful projects.

The first phase of the project comprises 200 open stores and  22 lock-up shops — complete with electrical fittings and water, sanitation and hygiene (WASH) facilities to maintain a healthier trading environment.

The Governor said the delivery of the project is satisfactory, adding that the next two phases will include abattoir, police station, fire station, car park, administrative office, among others. 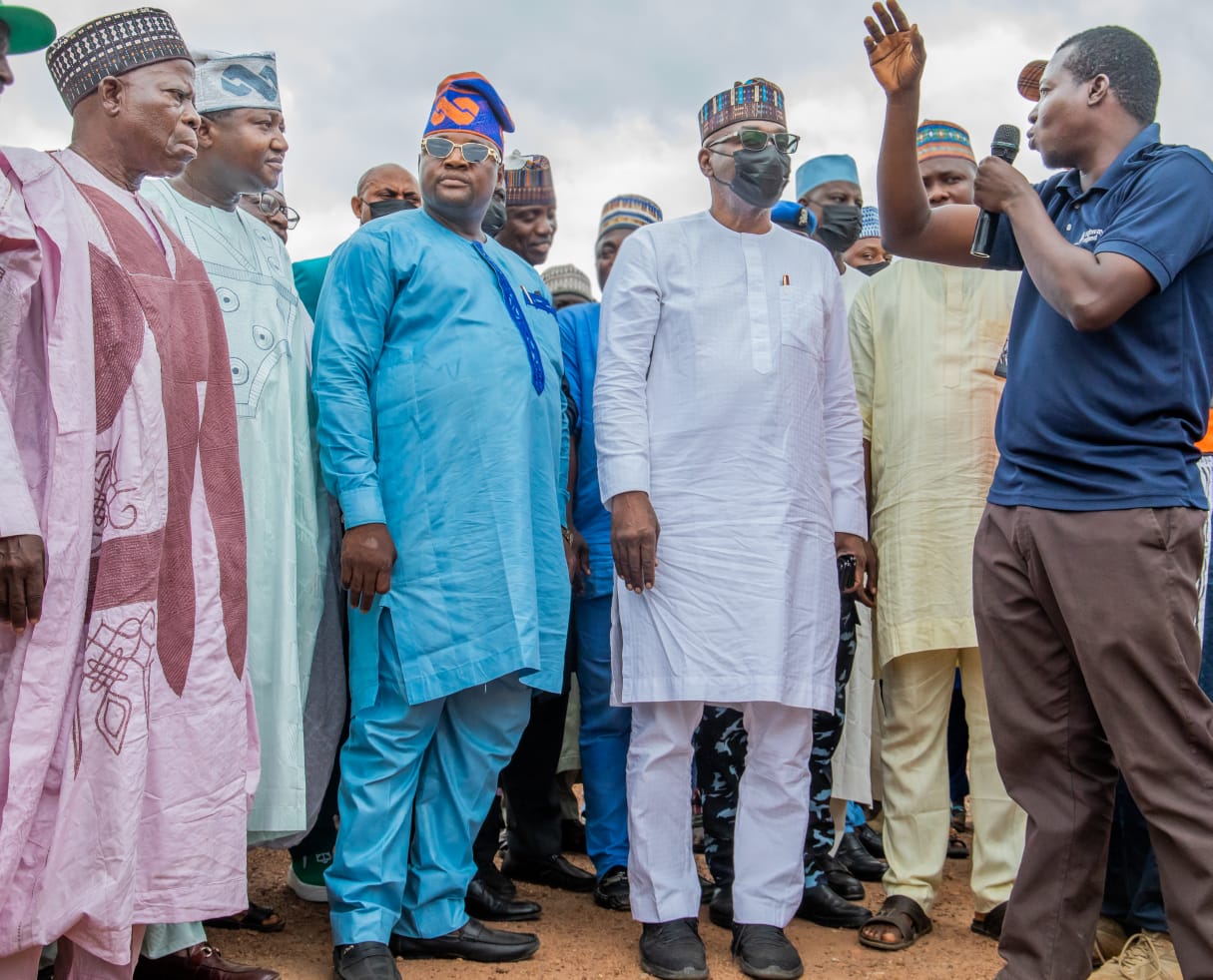 He said all the phases of the project will gulp N1.5bn according to government’s design, adding that the market will have multiplier effects on the local economy.

Gbugbu, a town in Edu local government, is a historic trading melting pot bringing together peoples from across West Africa subregion.

“Gbugbu is known for trade from its inception. It is a resilient community. People come from Lafiagi, Patigi and other places like Niger State and from across Nigeria and beyond to trade here. So, there was the need to develop it. It is a good and big project that will gulp about N1.5billion for the three phases,” the Governor told reporters during the inspection visit.

“I am impressed with the work done so far by the contractor. We are making sure that WASH (Water, Sanitation and Hygiene) programme on the sideline as we built the facility. You can also see the new school we just built. So no community will be left unattended to by our administration. It shows that this is a responsible government.

“We are not operating a concentric government where development will be concentrated at the centre alone. Gbugbu is 2-hour drive from Ilorin, the State Capital. It shows that every locality and local government is impacted from our investment as a government. We are not forgetting any community, and Gbugbu is part of Kwara and deserves proper investments.”

AbdulRazaq said with some other industries such as BUA Sugar factory coming on board, Gbugbu market will benefit alot from and Edu as a whole is poised to become a very rich local government in the State.

“This market will take advantage of the trickle-down effects of these major industries. Kwara will be epicenter of sugar production in Nigeria and Gbugbu will benefit from it immensely,” he added.

Gbugbu International Market Site Engineer, Yisa Gisang, said the market is divided into three phases with the first phase already completed, assuring Kwarans that the phase one will be delivered for use this Tuesday.

Yisa said the phase one has at least 22 lock-up shops, 10 blocks of 200 open shops, public toilets at different parts of the market, and security post, among other facilities that have been put in place. 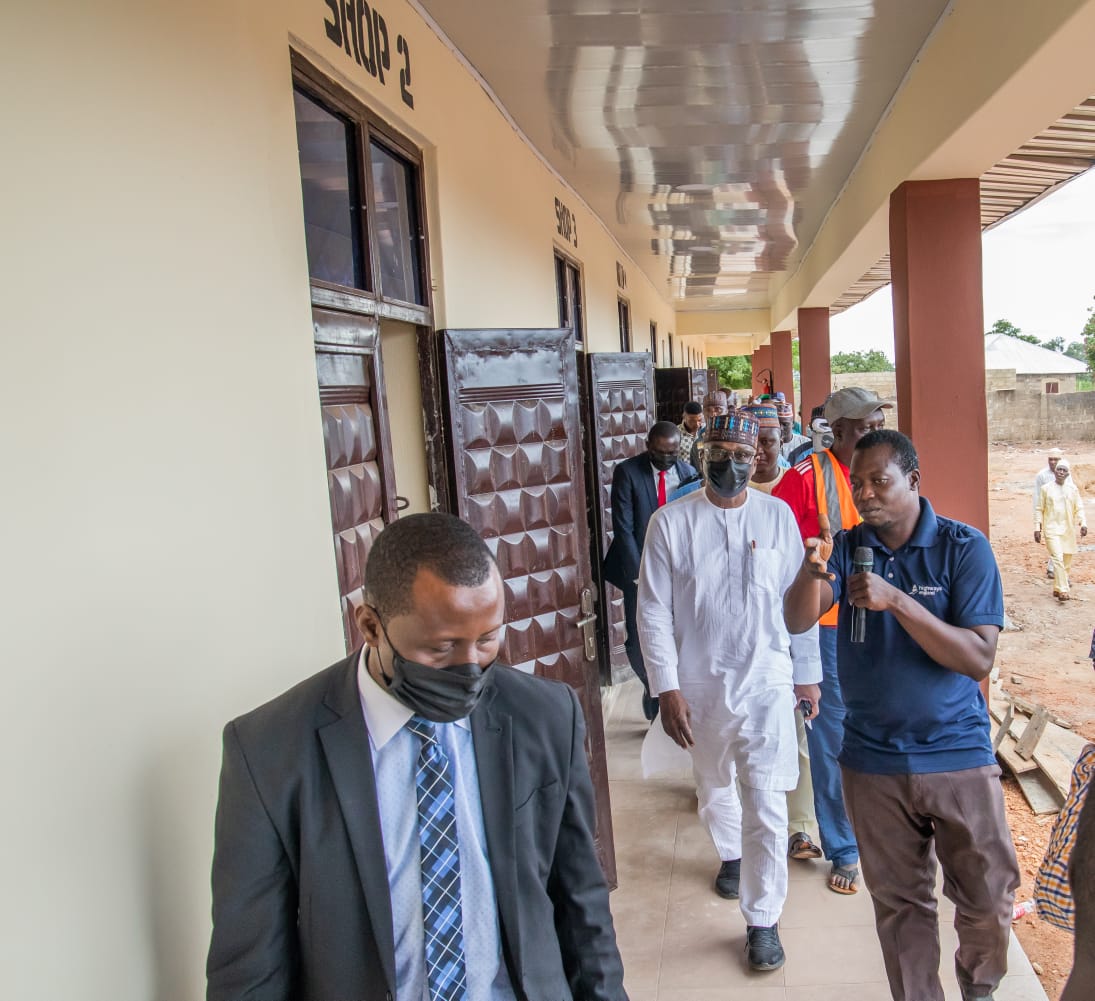 He explained that the construction projects was executed to meet the international standard and according to specifications.

“We have executed the project properly and it is 98 percent completed. We are still working on few other things like installation of a fire extinguisher, water reticulation, and other minor works. We want to deliver the first phase on Tuesday,” he said.

Yahman Jubril, a member of the Community and PDP supporter, commended AbdulRazaq for embarking on such a big project that benefits the people of the Community, irrespective of their party affiliation.

Jubril, known locally as ‘No Fighting’, said he was convinced that the Governor truly focuses on developing the State, and pledged to work for the second term bid of the Governor.