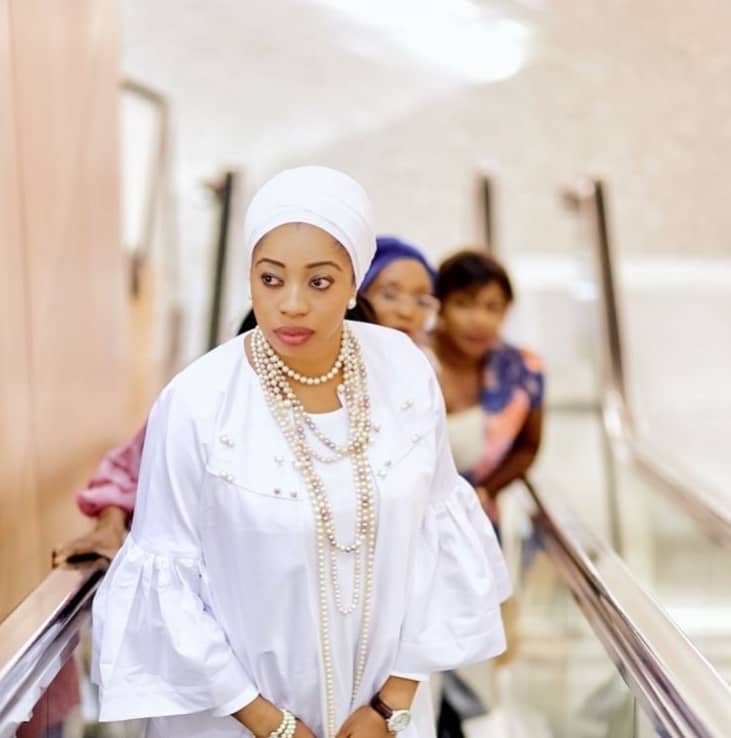 Posted By: The Gazelle NewsIn: NewsNo Comments
Print Email
Five years after her unceremonious exit from the palace of Ooni of Ife, Her Highness Queen Zaynab Otiti Obanor, has welcomed a bouncing baby girl with her new husband, an Arab prince.
An overwhelmed Zaynab could not hide her emotions when she welcomed her baby after years of waiting and has chosen to keep details about her new princess and the dad close to her chest, when contacted.
Zaynab’s marriage to the Ooni Adeyeye Ogunwusi did not produce any child, the Princess who is from Edo State moved back to Doha, Qatar where she started a brand new luxury life, running a good business and owning some of the biggest stores in Qatar.
Since her short-lived marriage with the Ooni of Ife, Oba Enitan Ogunwusi ended, Zaynab has avoided drama.
It would be  recalled that the Ooni got married to another woman, Shilekunola Moronke Naomi Oluwaseyi, in October, 2019.
Shortly after this, the beautiful lady congratulated her ex-husband on her Instagram page to show that she has fully forgiven him, despite the humiliation she suffered during the divorce saga.
The aristocratic woman endowed with extraordinary philanthropic gestures has quietly been doing her thing, expressing and expanding her desire to help humanity.

COVID-19: Kogi Closes All Entry Points Into State; Stops Any Gathering Of More Than Five People