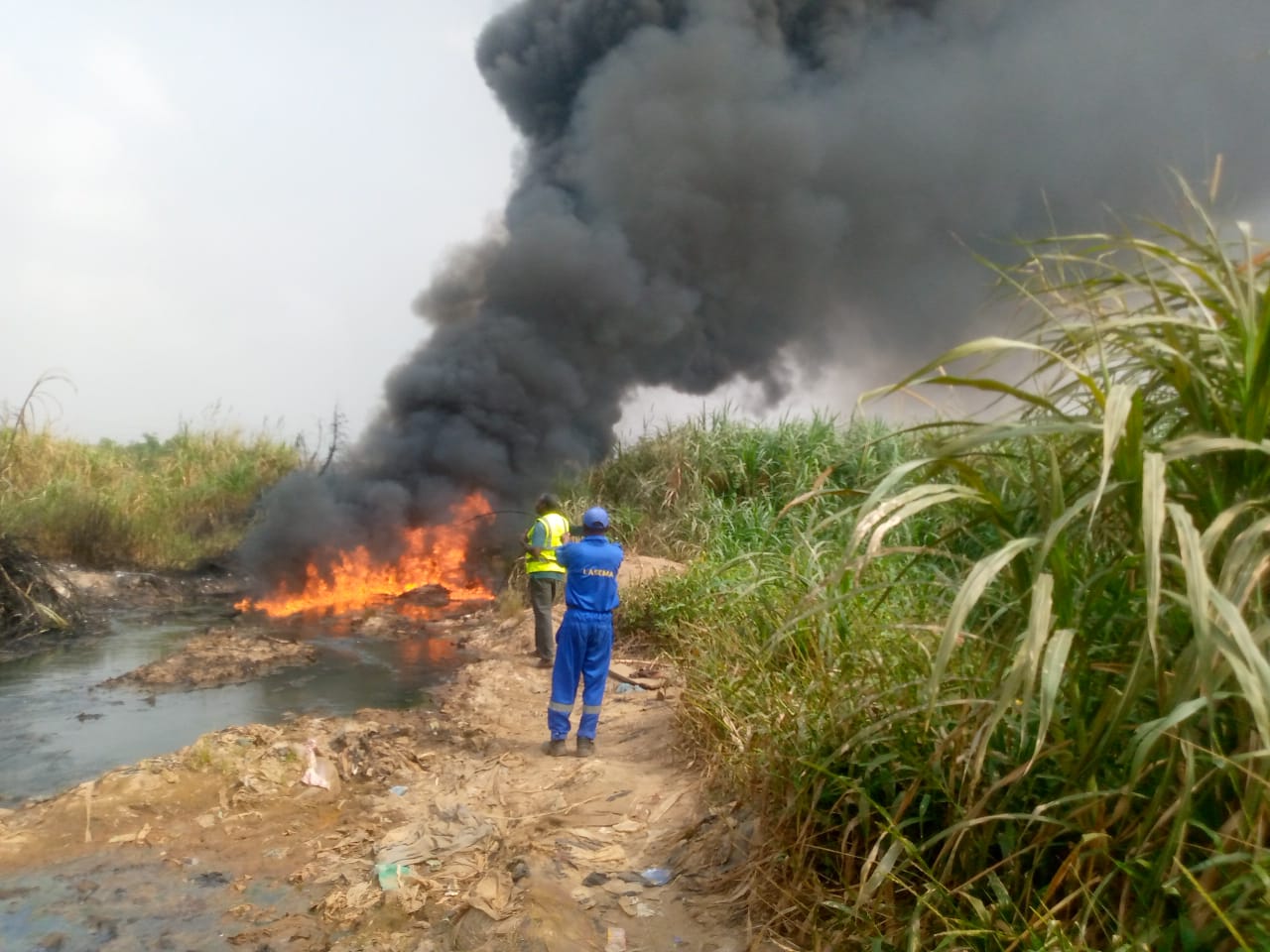 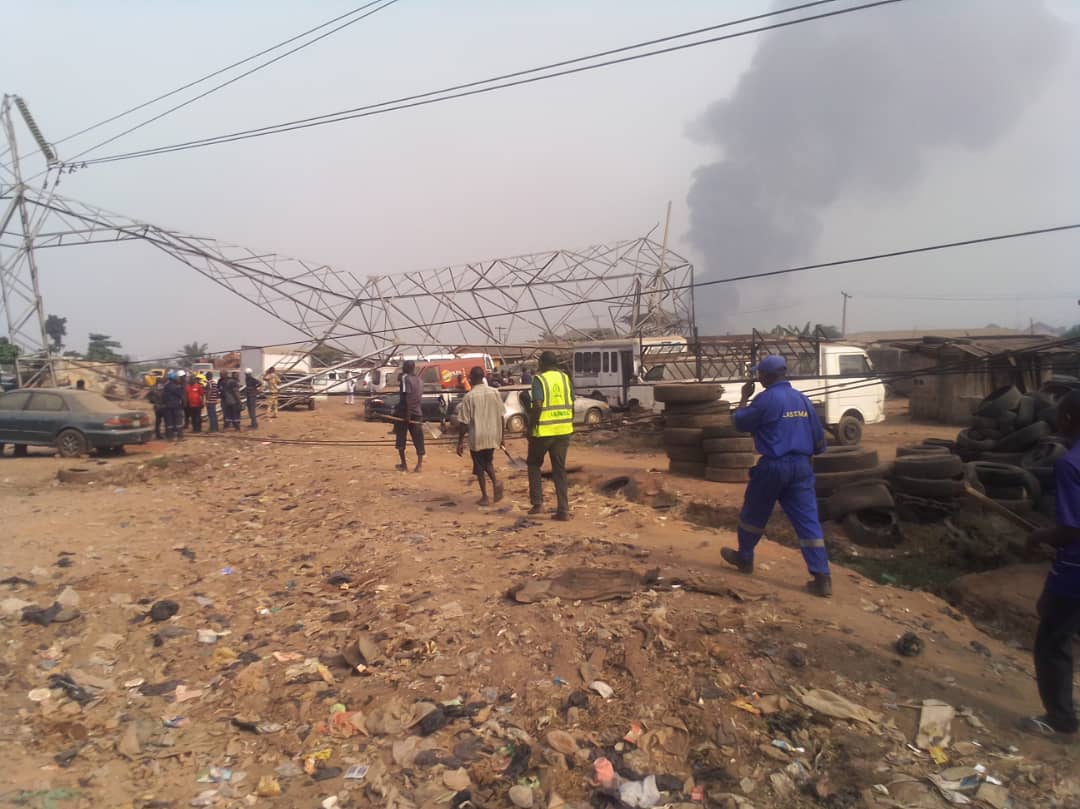 According to a statement by the Agency’s Director General and Chief Executive Officer, Dr Olufemi Oke-Osanyintolu, the Agency’s Emergency Response Squad and the Igando Response Team were both deployed and they were able to evacuate residents and ensured that no casualty was recorded. 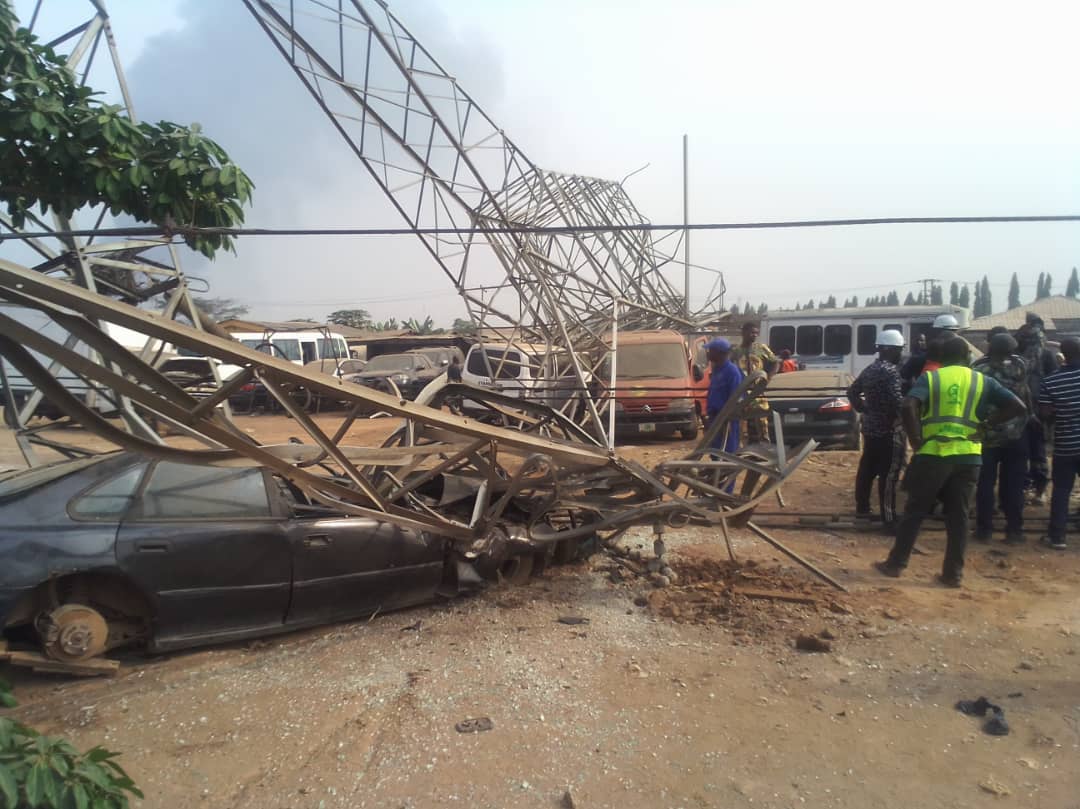 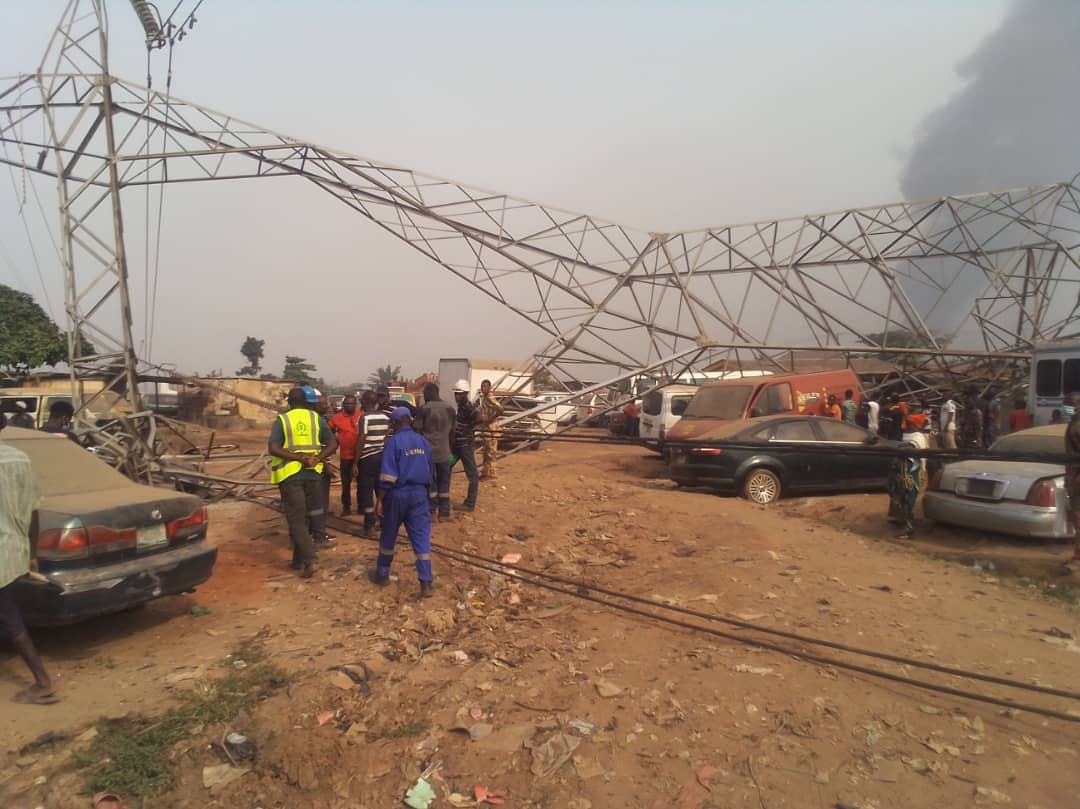 Below is the press statement from the Agency:
“The Agency received a distress call via the emergency toll-free line, today Friday, 24th December, 2021 at 12.30am regarding a pipeline explosion at Royal Estate Iyana Odo along LASU-Igando Road.
Immediately, the Emergency Response Plan was activated and the Agency’s Response Team at Igando was deployed.
Consequent upon the arrival of the Team, it was discovered that a 330KV Transmission Powerline collapsed with its power cables, spreading across the two lanes of the Major Road inward and outward Igando-Idimu Road as a result of the impact of a  pipeline explosion which occured few metres away from the collapsed Powerline, at Royal Estate, Iyana-Odo inward Igando.
Fortunately, no casualties recorded, however, the G.M Transmission Company of Nigeria (TCN), Engineer Ajiboye, was contacted and arrived the scene with his Team to restore normalcy by removing the cables from the road.
However, no casualties was involved in the incident.
In addition, the NNPC maintenance crew was  also contacted to shut the valve of the pipeline.
Furthermore, the Agency’s Response Team, after carrying out sensitization, aided the residents of adjoining buildings in vacating the area so as to avert any secondary incident that could lead to loss of lives.
The Agency in collaboration with Lagos State Traffic Management Authority, LASTMA, the Nigeria Police Force, the NNPC, Nigeria Security and Civil Defence Corps, NPF, Lagos Neighbourhood Safety Corps, LNSC, Federal Road Safety Corps, FRSC, PHCN,  Transmission Company of Nigeria,TCN, are the only responders at the scene.
Operations still ongoing.
Dr. Olufemi Oke-Osanyintolu
DG/CEO LASEMA
24th December, 2021.