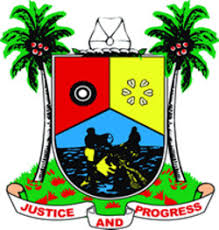 Go Get Your PVC, Next Move Is To Elect Tinubu As President, Lagos Gov Tells APC Faithful; Returns From Party Convention

Governor Babajide Sanwo-Olu, on Saturday, 11 June, 2022, returned to Lagos after taking part in the just-concluded All Progressives Congress (APC) special convention held to choose the party’s presidential candidate for the 2023 general elections.

The Governor was received by a mass party faithful, who thronged the presidential wing of the Murtala Mohammed International Airport in Ikeja, to welcome him back and celebrate the emergence of Sanwo-Olu’s predecessor and APC National Leader, Asiwaju Bola Ahmed Tinubu, as the party’s presidential flag bearer.

The party supporters, who came from different parts of Lagos, waved colours of banners and brooms as they danced in the roadshow to the airport. They defied the light morning shower, entertaining passersby with chants of victory songs.

Sanwo-Olu’s journey back to Lagos followed days of intense politicking in the Federal Capital Territory (FCT), where he joined President Muhammadu Buhari and other party leaders to organise the convention. The Governor chaired the Finance and Logistics sub-Committee at the convention.

After disembarking from the aircraft, the Governor addressed the party faithful led by the Lagos APC chairman, Pastor Cornelius Ojelabi.

“Your first prayer point has just been answered,” Sanwo-Olu told the party faithful, referring to the election of Tinubu as the APC presidential candidate. The next hurdle to cross, the Governor said, is to elect Tinubu as Buhari’s successor.

He said: “It is the turn of the South to produce the next President of Nigeria, and I am happy to tell you that this national mandate has been given to our own Asiwaju Bola Ahmed Tinubu by all Nigerians who chose him as our party’s candidate. However, this task will not be accomplished only by our votes in Lagos; we must now take the message to all communities to galvanise our people across the country.

“Our National Leader has officially received the flag, but the next hurdle is to get him elected at the general elections. This is where we need to play our part in this project. Anyone that has not registered for Permanent Voter Card (PVC) now has to do so. Those of us who have collected over many years ago must go for revalidation of the card, so that our votes will count in the election. This is our chance to get Tinubu elected, we must ensure we are fully involved by getting our PVC ready.”

Speaking on the electoral process that produced Tinubu at the primaries, Sanwo-Olu said the outcome of the special convention went against the wishes of the naysayers, whom he said, had written off the party on conducting free and fair primaries. The Governor said APC had come out of the convention more united.

He said not only the convention was seen as peaceful; the Governor said the process that led to the emergence of the party’s presidential candidate was credible, praising Buhari as the hero of the process.

He said: “After thanking God for the successful outcome of the primaries, it is also to thank President Buhari, who, throughout the event, kept to his word that there would be an open, free and fair process. The president led from the front and he did ensure there was a transparent contest. The outcome is not a win for Lagos alone, it is a win for Nigeria because Asiwaju will be elected the president next year.”

Sanwo-Olu said Tinubu’s presidency would signify a new height in the journey to solve the myriad of challenges facing the country, given his governance experience in Lagos and his contacts in the political circle and business world.

The Governor said the choice of Tinubu as Buhari’s successor was not out of expediency but a deliberate effort by Nigerians to bring forth a unifying and detribalised figure to succeed the president and create a new path of progress.

“Talking about the specifics, Tinubu’s experience in governance, his dexterity in knowledge, transformational leadership and his ability to have led Lagos in difficult times, which changed the fortunes of the State in the last 20 years and make it a melting pot, we believe a detribalised Nigerian with such pedigree will be going to the presidency to chart a new course for our country,” Sanwo-Olu said.

Also at the airport to receive the Governor from Abuja are members of the State’s cabinet, traditional rulers, and cultural troupes.