By The Gazelle NewsSeptember 17, 2021No Comments3 Mins Read 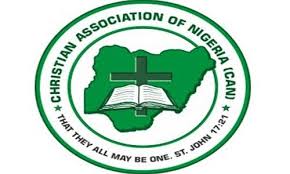 The Christian Association of Nigeria, CAN, has suspended its Chairman in Gombe State, Rev. Sunday Congo, for sending a congratulatory message to the Minister of Communication and Digital Economy, Professor Isa Ali Ibrahim Pantami.

Pantami was among seven Readers (Associate Professors) promoted to Professors by the Governing Council of Federal University of Technology, Owerri (FUTO) at its 186th meeting held on Friday, August 20, 2021.

The Gombe Chapter of the Christian body and that of an Islamic body, Jama’atu Izalatil Bid’ah Wa Iqamatis Sunnah (JIBWIS) had separately sent congratulatory letters to Pantami on his promotion and for his contribution towards actualizing Nigeria’s digital economy drive.

The letter, obtained by PRNigeria, described Congo’s action as provocative, overzealous and tantamount to a unilateral decision made without authorisation and necessary clearance.

In the original letter also obtained by PRNigeria, Rev. Congo through the CAN Secretary in Gombe, Senior Pastor John Adedigba, had extolled Pantami, an Islamic and ICT scholar, over his promotion to the rank of a Professor of Cyber Security by Federal University of Technology, Owerri; describing him as a ‘son’.

Apostle Adedigba wrote, “On behalf of the Christian Community in Gombe State, we happily rejoice and congratulate our son and brother Prof. Isa Ali Ibrahim Pantami… on your promotion to the rank of Professor of Cyber Security and your two years in office.

“We join you, your family, Gombe State and Nigeria at large to celebrate this promotion, we are proud of you as a son of Gombe State and we pray that it will be useful to Nigerians and humanity at large.”

Apostle Adedigba, said the Christian body is not unaware of Pantami’s great achievements as the Minister of Communications and Digital Economy.

He mentioned some of the few developments, including, “the over one thousand completed projects and almost 400 ongoing projects in Nigeria under your supervision within two years with the support of President Muhammadu Buhari. Indeed you have made us proud as a son, we pray as a Church that God will use you to achieve many more and you will finish well in Jesus name, Amen.”

In its letter also obtained by PRNigeria, Chairman JIBWIS, Sheikh Hamza Adam Abdulhamid said, “the service you selflessly rendered in various universities, ministries and agencies gives you a reputation in civil service that makes you worthy of this achievement or even something higher in the world.

“The organisation prays to Almighty Allah (SWT) to give you the wisdom to spearhead the affairs of the Ministry of Communication and Digital Economy, the country and globally tirelessly and in a way that will be worthy of emulation by other nations.”