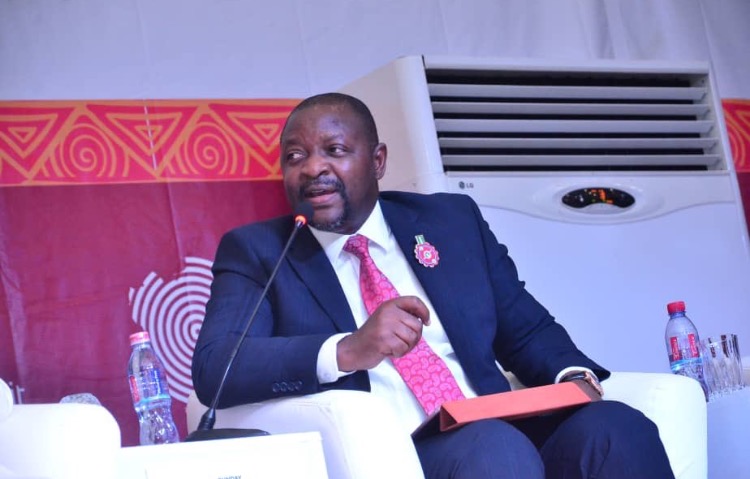 Posted By: The Gazelle NewsIn:
Print Email
•By Wale Joseph
The  Minister of Youth and Sports Development Mr. Sunday Dare has again reiterated his interest in grassroots and youth sports development which he insists is the way to go in order to achieve success in sports and particularly  football in the country.
According to a press release from the Media Office of the Minister, Dare made the assertion when appeared on Channels Television’s sports program, Sports Tonight.
“We must carefully get these young talents within the ages of 6, 7, 8 to 15 like Shekinat the boxer and Adrean the fish, a swimmer. Just a week ago, I visited Superstar Academy in Mabushi, I saw young boys playing football and I was impressed as this is what is  obtainable in an egalitarian society,” he said.
He added that there are great potentials in the grassroots which remain undiscovered and untapped going by the talents he has seen so far.
“In the last four months we have recorded a few discoveries, talking about Shekinat the boxer, Adrean the swimmer popularly called the fish I earlier mentioned, the young sisters Nene and Ozazi who could be likened to the William sisters and of course a sports academy known as “Asaoma” with 320 boys and girls between ages 9-15 engaged in sporting activities and education in general,” he said.
The Minister revealed  that the Ministry under his watch has several projects in the pipelines in order to ensure that the country’s numerous talents in the grassroots are harnessed for the benefit of the country and the individuals, among which is the Talent Hunt Program (THP).