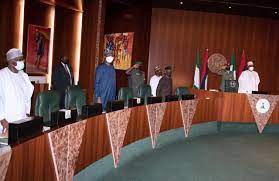 Host communities along the Sokoto-Tambuwal-Jega-Kontagora-Makera Road corridor, Thursday, 25 November, 2021 hailed the Federal Government as President Muhammadu Buhari formally commissioned and opened the road for use calling on commuters to always comply with the nation’s Highway Code in order for the road and others being built across the country to attain their design life.

And the Minister of Works and Housing, while corroborating the President’s call, the 304 kilometre road represented the first of many more project Completion and Handovers Nigerians would experience in the next few weeks and months as the nation enters what he described as “a season of completion and impact”.

The President, who was represented by the Attorney- General and Minister of Justice of the Federation, Mr. Abubakar Malami, SAN, said as the Federal Government commit to delivering on its promise to give Nigerians good and quality road network, it was incumbent on the people not to abuse the roads in order to enable them service the nation through their design life.

“We must all do our best to avoid these practices, report them when they occur and act in a lawful manner to stop them”, the President said adding that the commissioned road, which links Sokoto and Kebbi State, “has been built to the highest quality of design and workmanship and if well used and not abused, should last for the designed service life”.

Saluting all Nigerians who contributed in the construction of the road, President Buhari declared, “This road is a story of the capacity of our people, the patriotic Nigerians who were employed directly to build this road, the scores of suppliers employed indirectly who are responsible for providing the machines utilized in the construction” describing them as “not only nation builders to whom we offer our salutations, they are the heart of the Nigerian economy, the micro, small and medium enterprises that drive our economic growth”.

“This road is also a statement of economic efficiency and ease of doing business. This is because the travel time of averagely four hours before construction has now reduced to two hours since the completion of the road”, he said noting that the road also forms part of the many roads to prosperity being constructed across the country “because reduced journey times means reduced expense on travel, because time is money”.

According to the President, the road also symbolizes change as it includes such road furniture as the lane markings and Route Assurance signs which, he observed, “had all but disappeared on our highways”, adding his administration’s commitment to change has restored them, “with the markings helping drivers to achieve better lane management and control of their vehicles; while the Route Assurance signs provide information about how much further or longer, the drivers and commuters have to travel and the distance to the next village, town or state”.

Citing travel experience on new and well-built roads as another element of change from the old and previously unmotorable roads, Buhari declared, “Now that we have this new and well-built road, we have duties to ourselves and to other road users. One of those duties is to ensure that we drive in accordance with the law as stipulated in the Highway Code”, adding that the “maximum driving speed on this and other Federal Highways nationwide is100 (ONE HUNDRED) KM and no more”.

Formally declaring the road open to traffic, President Buhari reiterated, “For your safety and that of other road users, I implore you not to exceed 100 KM.  We want you alive to witness and be part of the prosperity and promise of Nigeria. I wish you safe and happy motoring”.

The Minister, who said the President had approved that Ministers from the various States where projects have been completed should represent him to perform the handover formalities, added, “These projects represent major investment in road Transport infrastructure, which is a commitment of the Buhari administration as a driver for economic growth and prosperity. They are visible and incontrovertible Assets in proof of what Nigeria’s resources are invested in, from a combination of our earned resources, and borrowings”.

“This occasion affords another opportunity to acknowledge the impact of the SUKUK funding in the completion of Azare – Potiskum, Shuwarin – Potiskum and Sokoto-Tambuwal- Kontagora Roads”, the Minister said adding that the SUKUK was currently contributing to progress of work on 44 roads across Nigeria “and as we complete them, events like this will hold”.

He expressed gratitude to the investors in the SUKUK and thanked the Ministry of Finance, and the members of the National Assembly, “especially the Chairmen of the Senate and House Committees on Works in the 8th and 9th Assembly for their support as well as the Debt Management Office for their role in previous SUKUKS which, according to him, have been most innovative and impactful nationwide, and for the SUKUK still being expected.

Fashola also thanked the Ministry’s staff and contractors “who have worked very hard to bring these projects to conclusion” as well as the host communities for their cooperation without which progress would have been impossible. “I hold them out as examples of what peace can achieve, and the investments that collaboration and some sacrifice can deliver if we embrace partnership with Government”, he said.

Others to whom the Minister expressed gratitude included the Federal Executive Council, which included all Ministers in the first term and the current term, for their support, the President and Vice President “who preside for long hours over the Council meetings” and the Governors of Bauchi, Jigawa, Benue, Cross Rivers, Sokoto, Kebbi, Niger, Enugu and Ebonyi, who, according to him “bear witness to fruits and the evidence of change by the Buhari administration. “And there is more to come”, he said.

Commending the Federal Government also, the Senator representing Kebbi Central Senator District and Chairman, Senate Committee on Works, Senator Adamu Aliero said that since the construction of the road in 1973, it has not undergone any major repair to the extent that it became a death tap. “Because of the very bad nature of the road then, about 40 people lost their lives on the road. But thank God that today, the story has changed completely,” he said.

He hailed the Federal Government for the other projects being embarked upon in the state and implored them to maintain the projects saying, “ To whom much is given, much is expected and we expect the good people of Kebbi State to support  our great Party, the APC and the government of President Muhammadu Buhari and demonstrate their support in the next election.”

In a similar vein, Honourable Muhammed Shehu Koko, a House of Representative member representing the area commended President Muhammadu Buhari saying that the people of Koko and the entire Kebbi State are very impressed and happy for the road project.

He said, “Honourable Minister, as you are aware, Kebbi people are mainly farmers and they have started enjoying the road in moving their farm produces from their farms to the market with ease.”

The Emir of Yauri, His Royal Highness, Dr. Muhammad Zayyanu Abdullahi in his own remarks said the rehabilitation of the road was very crucial to the socio-economic development of the people and the neighbouring ECOWAS States.

He acknowledged with gratitude the efforts of the present Government for initiating and completing the rehabilitation works on the road which, according to him, was constructed in the 70s and never received any major rehabilitation work until the tenure of President Buhari’s administration.

“We are overwhelmed that despite numerous competing demands and other global challenges, this administration is able to deliver on most of its mandates and would forever be remembered for fixing our economy”, the Traditional Ruler said.

Others who commended the government included the core road users such as the motorists and motorcyclists who said their businesses have been enhanced by the new road.

Why APC Will Continue To Harvest Decampees From Opposition – Lawan