BREAKING NEWS
Home I Stabbed Her In The Neck, Chest, Other Parts Of Her Bodies, 20-yr-old Woman Narrates How She Killed Hubby’s Second Wife To Be 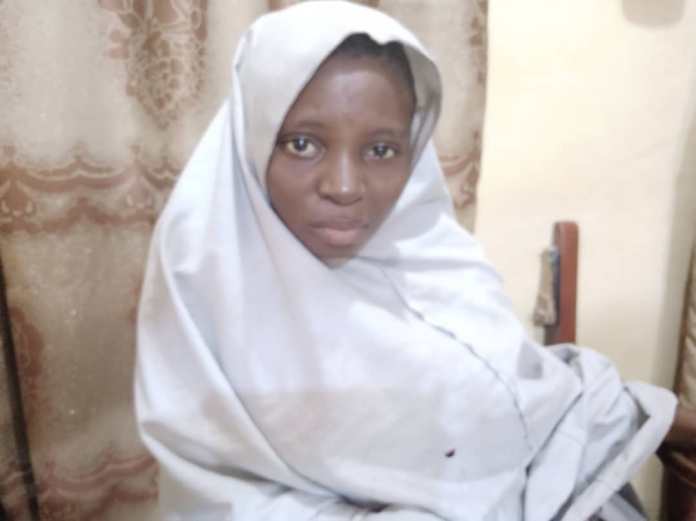 I Stabbed Her In The Neck, Chest, Other Parts Of Her Bodies, 20-yr-old Woman Narrates How She Killed Hubby’s Second Wife To Be

Posted By: The Gazelle NewsIn: No Comments
Print Email
By Nasir Mustapha, Kano
A 20 year old housewife has narrated how she stabbed a 17 year old girl who was about to become her husband’s second wife to death, reports The Gazelle News.com.
Suwaiba Shuaibu, a native of Gimawa village in Doguwa Local Government Area of Kano confessed to the police in the state that she lured the girl into an uncompleted and stabbed her severally before leaving to bleed to death.
“I used a sharp knife to stab her on her neck, chest and other parts of her body. I lured her to an uncompleted building in our village,” she narrated.
Shuaibu told the police that she committed the heinous crime out of jealousy because her husband had proposed to marry the young girl.
The incident occurred on New Year Day, Friday, 1 January, 2021.
Kabiru Jafaar, father of the deceased lodged a complaint with the police of his missing daughter on Saturday, 2 January, 2021.
The state police command swung into action and their thorough investigation led to the arrest of Shuaibu who under interrogation confessed to the crime.
The Kano State Police Command spokesman, DSP Abdullahi Haruna, confirmed the arrest of the suspect in a statement in Kano on Tuesday, 19 January, 2021.
It announced that investigation revealed the deceased and the suspect’s husband had been having an affair for more than six years and were due to wed on Jan. 9.
“On Jan. 2, at about 10.30 am., a complaint was received from one Kabiru Jafaru, of the same address that the body of his 17-year -old daughter, who got missing on Jan. 1, was found in an uncompleted building in their neighbourhood.
“The complainant said the victim was suspected to have been stabbed on her neck by her killer(s).
“Upon receiving the complaint, the scene was visited and the body was evacuated to Tudun Wada General Hospital for examination by a medical doctor,’’ the statement explained.
It revealed that the Commissioner of Police in the state, Mr Habu Ahmad, raised and instructed a team of detectives, led by the Doguwa Divisional Police Officer, CSP Bala Shuaibu, to investigate the matter.
The statement noted that the team swung into action and apprehended the suspect.
“During interrogation, the suspect freely confessed she had called the victim on phone, deceived and lured her to an uncompleted building in their neighbourhood where she used a sharp knife to stab her on her neck, chest and other parts of her body.
“The suspect disclosed she killed the victim out of jealousy because her husband proposed to marry her,’’ it said.
The statement announced that the case had been transferred to the command’s Criminal Investigation Department, Homicide Section, for discrete investigation, adding that the “suspect will be charged to court at the completion of investigation’’.
Additional Reports: NAN

I Left My Husband, Children Abroad To Follow My Dream – Actress Shaffy Bello