By The Gazelle NewsAugust 20, 2022No Comments2 Mins Read 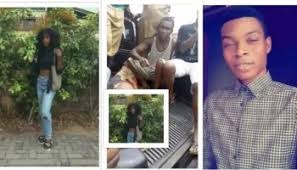 Share
Facebook Twitter LinkedIn Pinterest Email
A randy Pastor, Makanjuola Olabisi Lanre of the Revolutionary Insight Church in Ilorin, Kwara State has been remanded for allegedly raping three biological sisters.
An Ilorin Magistrate Court presided by Fatimah Salihu, ordered the remand of the Pastor in Mandala Correctional Facility on Friday, 19 August, 2022 for allegedly raping three biological sisters.
The Police First Information Report, FIR, informed the court that the Pastor preached to and converted the victims to his Church, Revolutionary Insight Church, located at Agba Dam area of Ilorin sometimes in 2018. The report said, “the pastor invited the eldest sister for prayers after she declined his proposal to be his lover but eventually raped her and her two siblings at different times.
“When the complainants (victims) discovered that the Pastor had been taking sexual advantage of them, they stopped attending the church, a development that made the Pastor threaten that calamity will befall them.”
Police prosecutor, Matthew Ologbonsaye, informed the court of the motion exparte attached to the charges and urged that the pastor be remanded pending the outcome of the legal advice. The trial Magistrate, Fatimah Salihu, ruled that the court lacked jurisdiction to take the pastor’s plea.
The matter was adjourned to 14th September 2022 for mention.