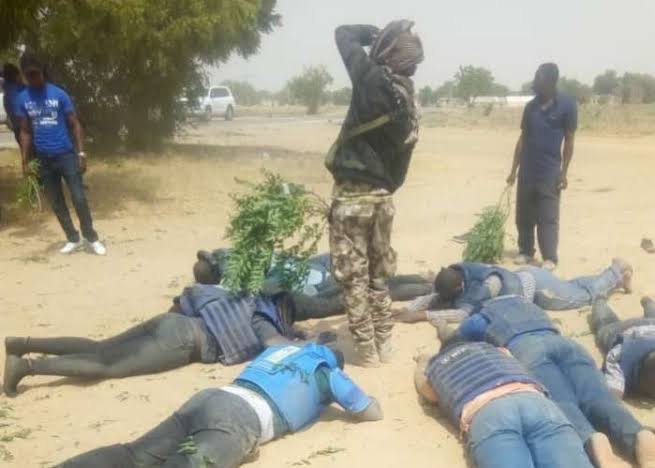 The United Nations (UN) officials in Nigeria has held a Safe and Secure Approaches in Field Environment (SSAFE) training for the new staff it would deployed to various field locations in the North-east.


The grand finale of the training, held on Friday,  28 February, 2020, involved simulation of different ways through which the UN aid workers can handle crisis situations and hazards such as hostage taking, protest/demonstration and direct violent attacks.

At the Maimalari Barracks in Maiduguri, the soldiers and UN staff jointly performed various tasks expected of aid workers, during the simulation training.

Meanwhile, the Nigerian Army (NA) has debunked media reports that some UN staff were arrested while disguising as Boko Haram insurgents to invade Maimalari Cantonment, in Maiduguri.

It will be recalled that there were mixed reactions after a purported video circulated, allegedly showing some staff of UN being apprehended and asked to lay on the floor by soldiers in uniform.

“Contrary to rumour and fake news circulating, there was no alleged attempt by Boko Haram terrorists to disguise as UN staff while trying to sneak into Maimalari Cantonment. The alleged attack on the Barracks is fake and should be disregarded,” Col. Musa said.