By The Gazelle NewsAugust 5, 2022No Comments2 Mins Read 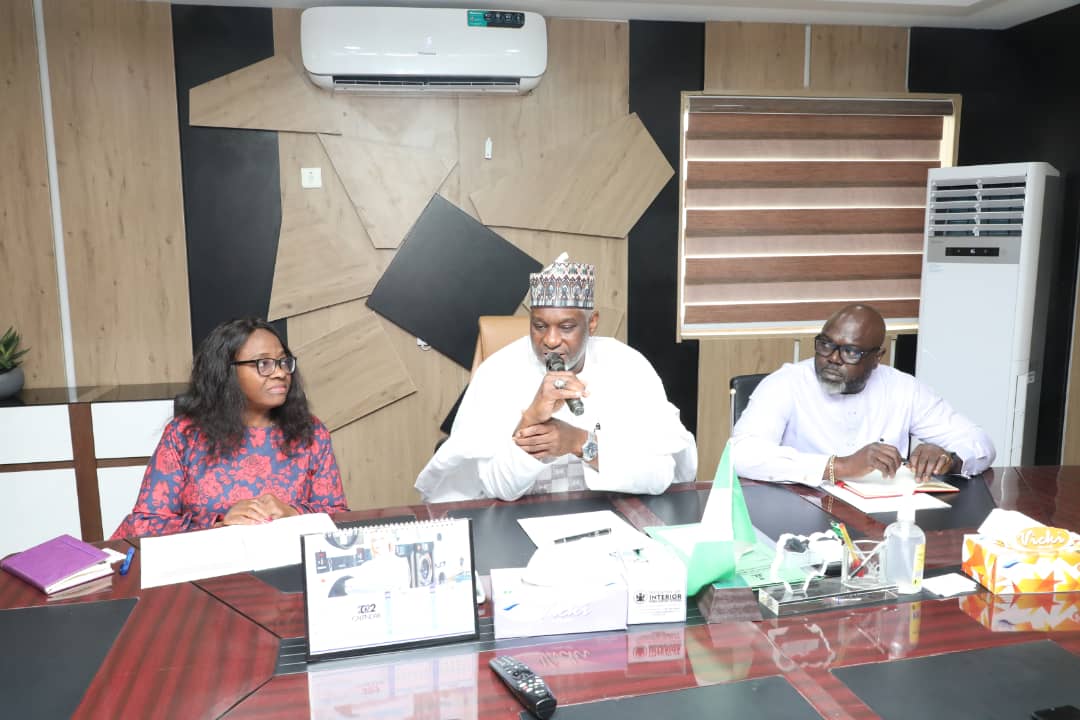 Share
Facebook Twitter LinkedIn Pinterest Email
As the number of unemployed Nigerians continue to swell due to our exponential increase in population, the Permanent Secretary of the Federal Ministry of Interior, Dr. Shuaib Belgore has said that the Ministry is well positioned for employment creation to mitigate soaring unemployment in the country.
Belgore made this disclosure when he received the Senior Special Assistant to the President (SSAP) on Job Creation, Mrs Tilda Mmegwa, saying that the last couple of years had witnessed unprecedented recruitment into paramilitary outfits under the supervision of the Ministry.
He reeled the figures to the admiration of the visiting SSAP on Job Creation, which includes more than 9,000 into both the Nigerian Immigration Service (NIS) and Nigerian Security and Civil Defense Corps (NSCDC) while about around 1,000 intakes each were admitted into Nigerian Correctional Service (NCoS) and Federal Fire Service (FFS).
Belgore revealed further that multiplier effects of job creation are unique in granting Business Permits to new businesses in addition to expatriate quotas granted to joint venture firms and wholly owned Nigerian companies. He said these functions are domiciled in the Ministry’s Business and Citizenship Department (C&B).
“While the Ministry grants expatriate quotas to firms and companies under the joint venture arrangements or wholly owned Nigerian companies, we encourage hiring of Nigerian professionals to fill some vacancies. This is done to generate employment for Nigerian professionals,” said Belgore.
Belgore also used the occasion to commend President Muhammadu Buhari for his uncommon investment into Federal Fire Service by taking its fleet of fire fighting trucks from abysmal number to more than 100 functional modern fire gadgets, adding that procurement of these fire gadgets had improved operations and response to disaster.
Earlier, Mrs. Mmegwa thanked the Permanent Secretary for warm reception while she said her office would coordinate with the Ministry to gather data of recruitment into four paramilitary outfits being supervised by the Ministry.
She expressed her satisfaction to what she described as ‘phenomenal intervention’ of the Ministry to create jobs for Nigerians as she admitted that most countries in the world are facing economic crises fueled by COVID-19 pandemic and its attendant global inflation.