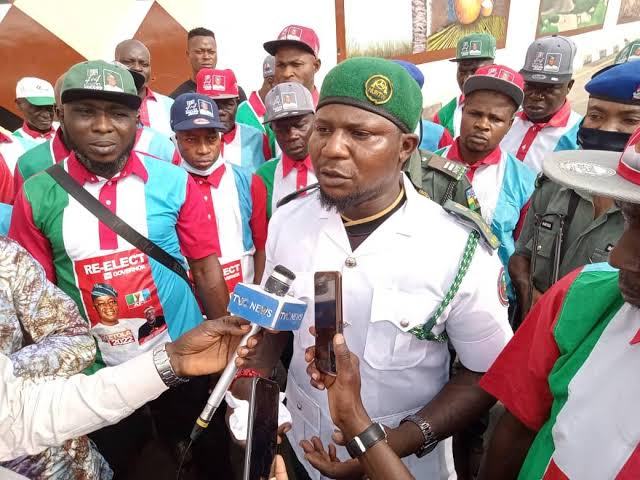 Posted By: The Gazelle NewsIn: NewsNo Comments
Print Email
The National Union of Road and Transport Workers (NURTW) has dismissed the Chairman of its Oroki branch in Osogbo, Osun State, Kazeem Oyewale, popularly known as Asiri Eniba.
It would be recalled that Asiri Eniba was arrested alongside four other members of his team Friday, 15 July, 2022, the eve of the Osun State Governorship election, by men of the armed forces who also allegedly recovered from him, illicit drugs and firearms.
As at the time of filing this report, the major cause of the expulsion is still sketchy.
However NURTW chieftain, Olawale Yinka confirmed the development in Osogbo on Friday, 22 July, 2022.
However, the dismissal might not be unconnected with the fallout of the Osun election where the incumbent Governor, Alhaji Adegboyega Oyetola lost to his main rival, Ademola Adeleke of the People’s Democratic Party (PDP).
Thegazellenews.com’s investigation revealed that Asiri Eniba is sympathetic towards the Adegboyega group.

We Screwed Up Public Education, Now It Is Time To Fix It