By The Gazelle NewsDecember 9, 2022No Comments5 Mins Read 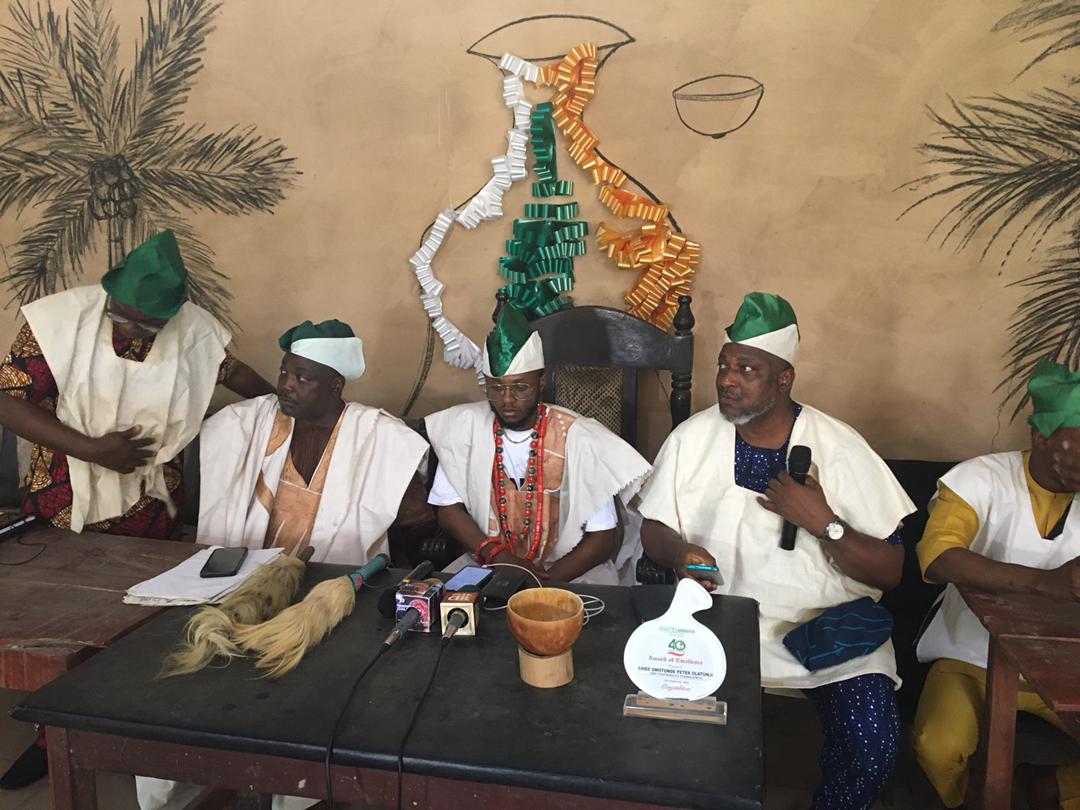 Share
Facebook Twitter LinkedIn Pinterest Email
The National Headquarters of the Kegites Club of Nigeria (KCN) has kick-started its one-year-long celebration, to mark the 50th anniversary of the socio-cultural club, which was founded in 1971.
Speaking at an interactive session with the media, the incumbent head of the club, known as the AB National, Chief Omotunde Peter, who explained why the multiple-packaged event, which was supposed to have begun in December 2021, is starting late, said the delay was due to some challenges that faced the club.
He however thanked God that despite all the challenges, the programmes finally started last weekend with an Annual General Meeting (AGM) of the club on Saturday December 3rd, 2022, followed by a World Press Conference on Sunday, December 4th, 2022. 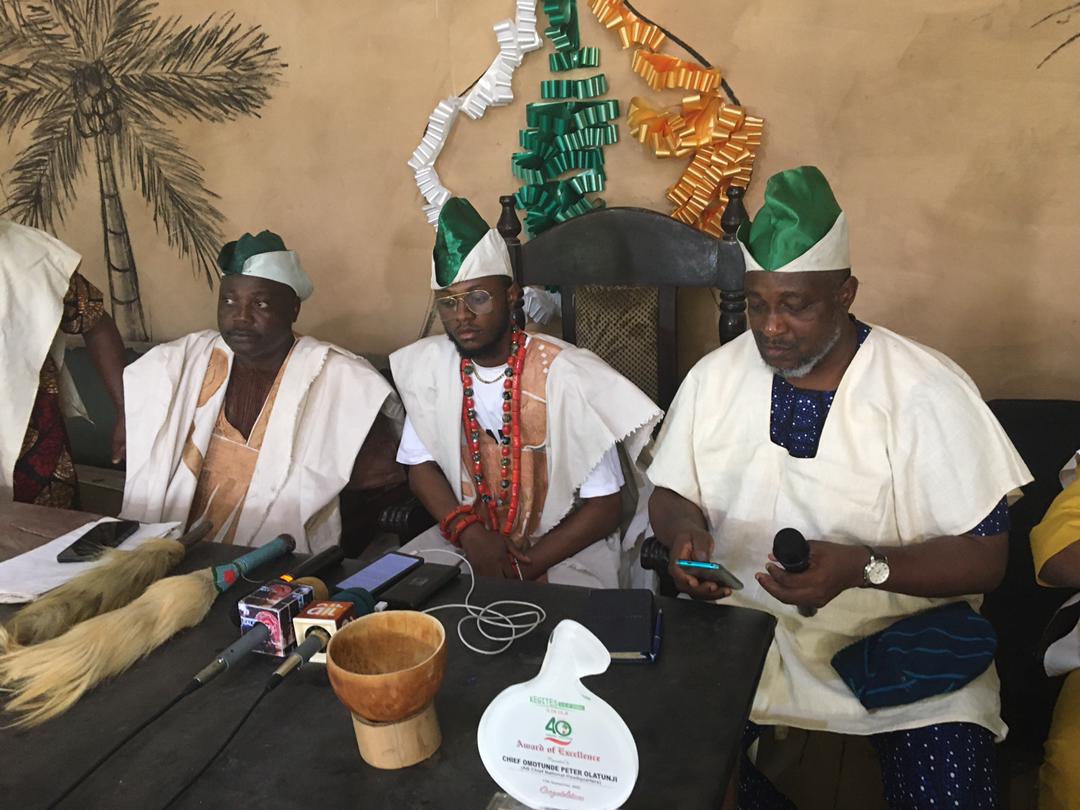 The 400-level student of Economics, said the media chat was to intimate the public of many activities to come as part of the celebrations marking the club’s 50th anniversary while disproving the misconceptions about the club being for unserious people.
The AB National gave a rollcall of some members of the club that graduated with first-class degrees while insisting that members of the club are found at the top hierarchy of all professions in Nigeria and beyond.
He said: “We must celebrate how far we have come in the club. The Kegites Club clocked 50 since December last year but we couldn’t celebrate it because we were in the process of registering the club. Surviving for half of a century is not what every organisation can boast of. It is half a century of producing great minds in all strata of the society while promoting African Culture.”
On his part, the Chairman of the 50th Anniversary Planning Committee, Patron Lekan Osiade, gave reasons for the nearly 12 months delay of the event, explaining that the postponement was due to the process of renaming and registering the club.
Osiade noted that, but for the need to rejuvenate the club, the event would have commenced in 2021 as it was earlier billed to kickstart last year, to coincide with the exact anniversary date, noting that the Kegites Club was formed in 1971.
He said: “It would have started last year but the celebration was delayed because of some challenges we went through. We had to register and distinguish the club from the multifaceted replicas. Don’t forget there are other concepts of the club all over the place.
“But we have put that episode behind us now. We are now ready for a new chapter in the life of the Kegites Club, and that is beginning with this anniversary. We will be having our in-house programmes on a monthly basis, while our public programmes will be quarterly, till we have our grand finale”, he said.
When probed on the political affiliation of the club, the chairman said it is a socio-cultural club and is adhering strictly to its ethos of non-political and non-religious affiliation.
Osiade, who doubles as the Special Assistant on Information to Governor Dapo Abiodun of Ogun State, said, though members are allowed to belong to political and religious organisations individually, the Kegites Club as a body remains neutral.
He therefore refused to be dragged into answering political questions, rather he advised all Nigerians of voting age to collect their Permanent Voters Card (PVC) and vote the candidates that suit their purposes.
He said: “I can only advise you to ensure that you get your PVC and exercise your franchise. In the Kegites Club, we work in tandem with any government in power, we don’t canvass votes for any political party. In our club, we don’t discuss political parties or religion but we discuss good governance.
“Go and get your PVC so that you can vote for candidates of your choice as any decision taken at the polls will also affect you. The Kegites Club was founded to maintain African culture, tradition and values of Africa and this is necessary to correct the erroneous belief that Kegites is a cult group”.
According to Patron Osiade, who is a Life Senior Fellow (LSF) of the National Headquarters of the club, there are so many concerns in the club about the dwindling African culture and the need to bring back African values, while blending tradition with modernization and civility. 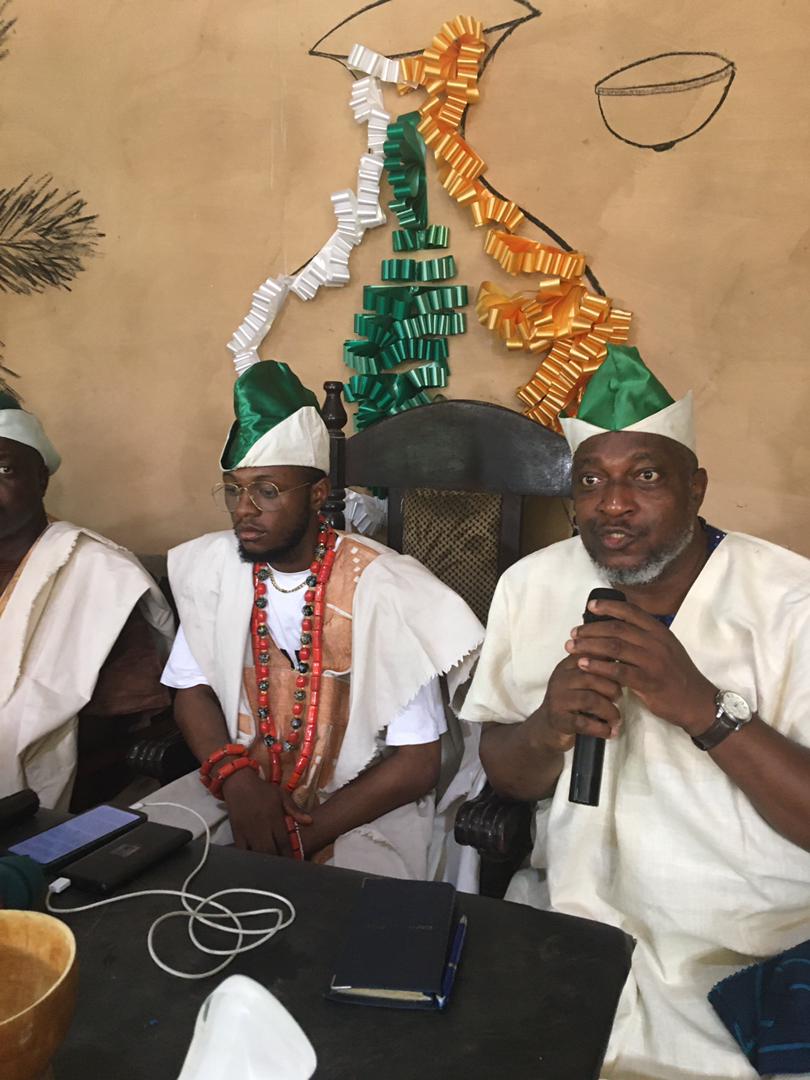 “There is a need to bring back our cultural and traditional values. By this, we don’t mean advocating for extremism in adhering to the culture. We are not encouraging some old barbaric practice, we are clamouring for the return of our moral and cultural values with a blend of civility and modernism to preserve our traditions”, he said.
A former head of the club and an associate professor at the University of Maiduguri, Chief Biodun Ojo, also spoke on the need to have the celebration notwithstanding the delay that previously bedeviled the event.
He also explained the difference between the University of Ibadan as the National Headquarters and the Obafemi Awolowo University, which is the World Headquarters of the club, explaining that the University of Ibadan remains the National Headquarters of the KCN and deals with issues pertaining to the members in Nigeria, being the highest authority in the club.
“We have a very good relationship with all other branches of the club in the West, North, East and even overseas. Kegites Club started at the University of Ibadan in 1971, while it is right that the Palm wine Drinkard Club had been founded in the Obafemi Awolowo University earlier, however, in 1986, they adopted our name which is the Kegites Club and our distinct features so it is clear,”
He further revealed that former President Olusegun Obasanjo and a former President of Tanzania, Julius Nyerere are members of the club, having joined in November 1976 during that year’s convocation ceremony of the University of Ibadan.