By The Gazelle NewsJuly 25, 2022No Comments3 Mins Read 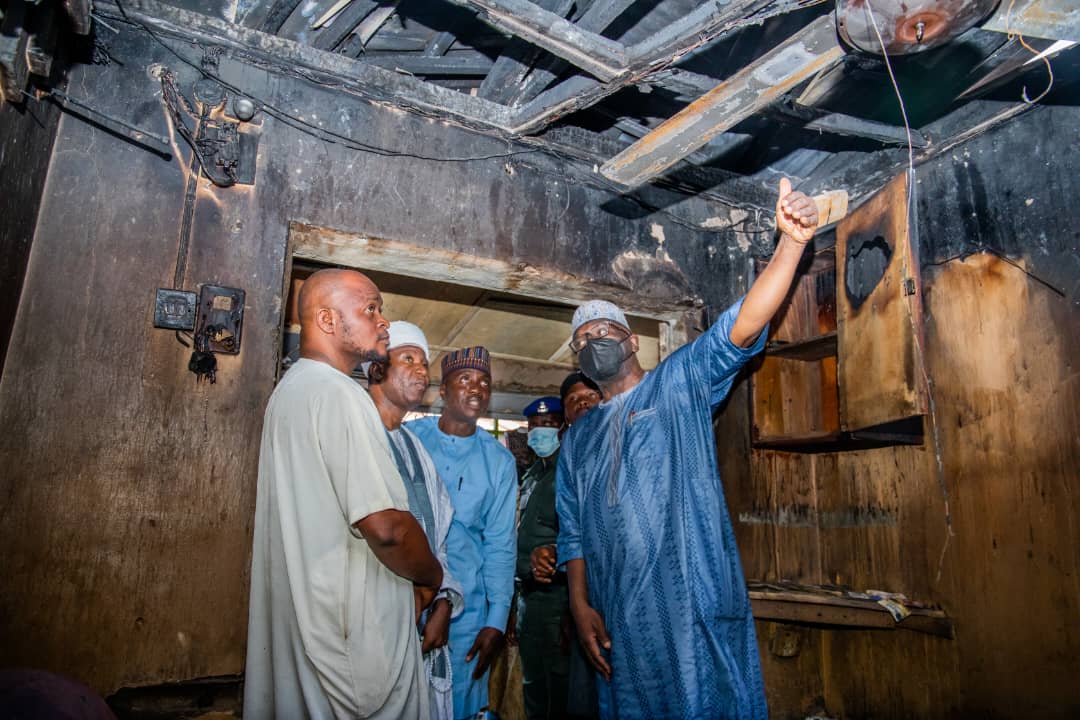 Kwara State Governor AbdulRahman AbdulRazaq on Monday visited the palace of Balogun Alanamu of Ilorin Dr Usman Abubakar Jos to commiserate with the community over the fire incident that affected parts of the Alanamu market late last night.

AbdulRazaq said the government will offer some support to the victims within its resources.

The Governor, meanwhile, has also sympathised with the Balogun Alanamu over the demise on Sunday night of two of his subjects — Alhaji Sa’adudeen Alagola (Malimu) and his wife Hajia Saadah Iyabo (Iya Koko).

AbdulRazaq said he was also proud of the swift response of the State Fire Service to bring the inferno under control, adding that the State Emergency Management Agency has also visited the area to ascertain the level of damage.

The inferno was said to have occured at midnight, destroying many shops and properties worth million of naira.

“It was a great loss of property and livelihood, though we thank God that no life was lost to the inferno. We were able to respond quickly. Officials of the State Fire Service were here on time to control it, though we regret what had been destroyed before they came. The State Emergency Management Agency (SEMA) has also come for enumeration. We will ensure that the government provides relief packages for victims to bounce back,” the Governor said.

Balogun Alanamu, who conducted the Governor round the 15 shops that were razed, appreciated AbdulRazaq for his swift response to the unfortunate incident.

He commended the passion of the administration for the welfare of the people of Alanamu and its environs.

The Balogun also applauded the government for adequately providing for the operational needs of the State Fire Service, without which he said the fire could have wreaked greater damage.

“We thank Your Excellency for your prompt response to our plight. It shows that our community has capable representatives in your team,” he said.

“The market is made of about 90 shops and as we all know fire travels fast. It could have gutted more than the 15 shops that were affected. We were lucky to see the officials of the State Fire Service who quickly brought it under control.”

He also prayed to Allah to grant the Governor a successful tenure and a successful re-election bid next year.