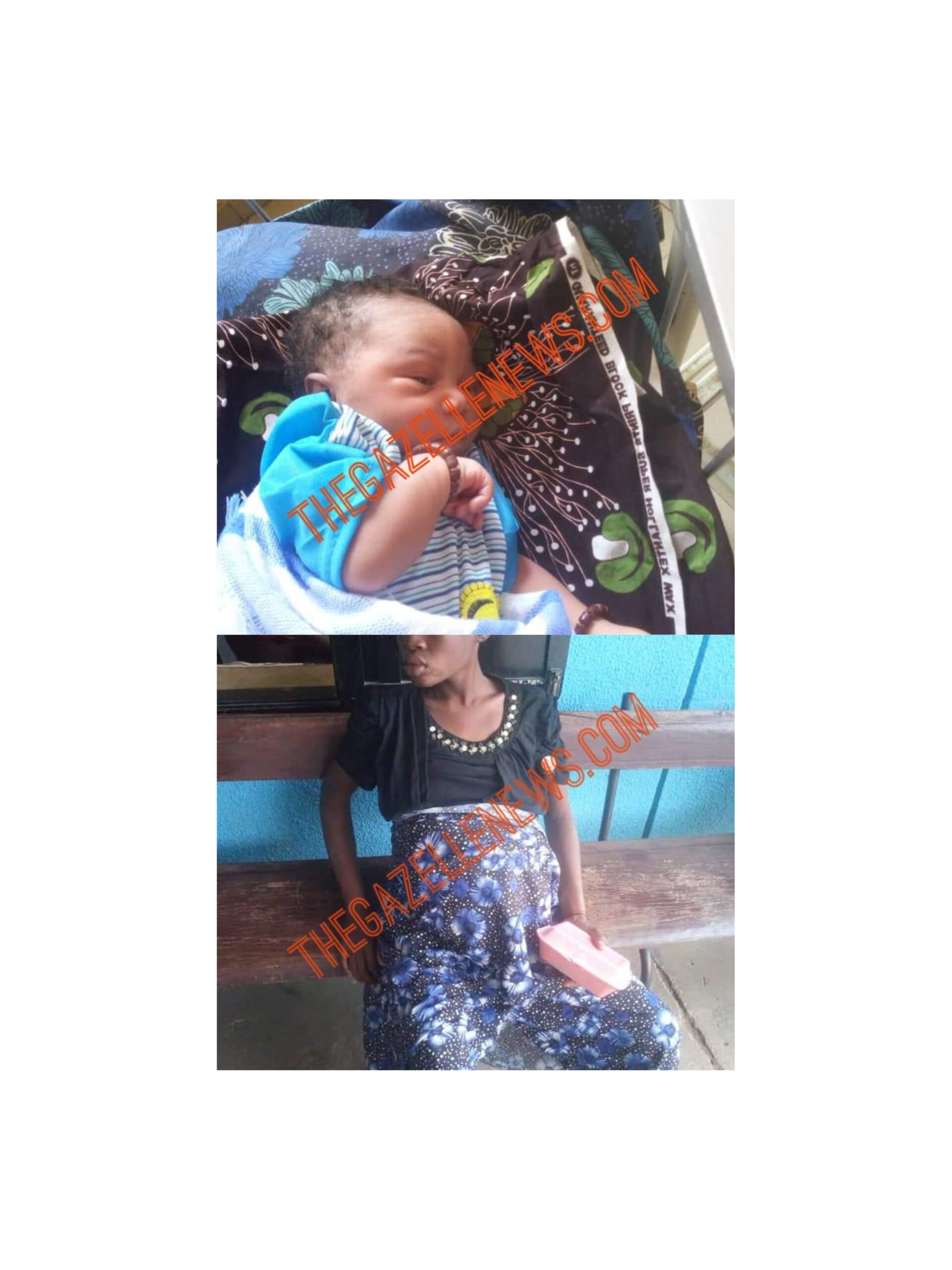 Posted By: The Gazelle NewsIn: Health, Life, Metro, NewsNo Comments
Print Email
Labake is a mentally challenged teenager. Two years ago someone took advantage of her condition, impregnated and abandoned her. She was begging for food and money to survive.
One day she strayed into an event organised by Olori Janet Afolabi, wife of the Alapomu of Apomu, a first class traditional ruler in Osun State. Apomu is the headquarters of Isokan Local Government Area of Osun State.
That day, as Labake was being pushed out of the hall by security personnel, she caught the attention of Kafayat Oyetola, Osun State First Lady who was a special guest at the event. 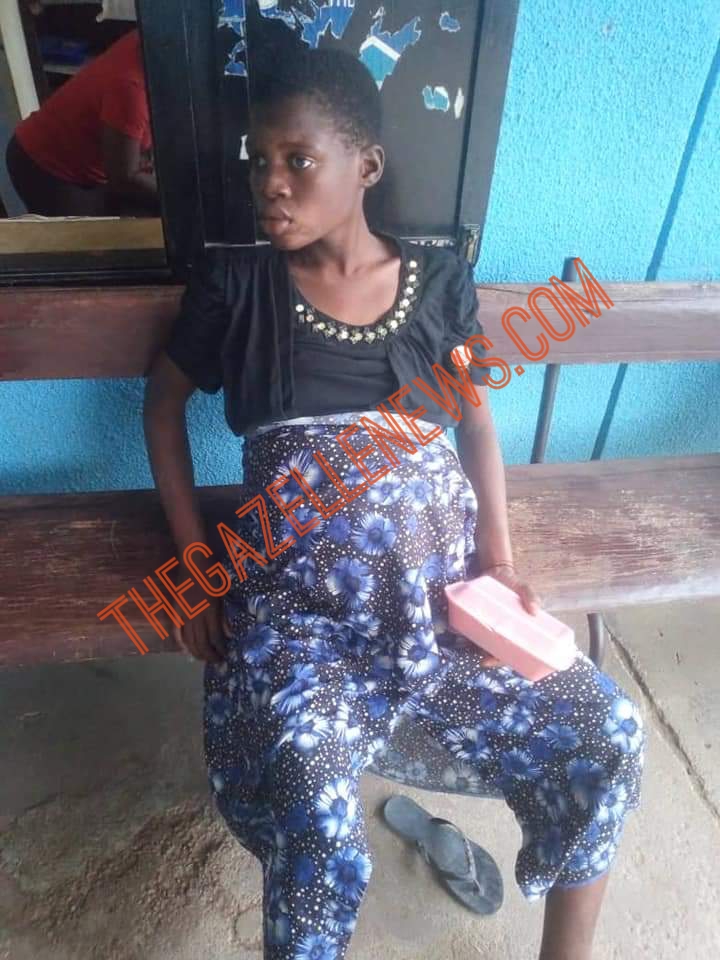 The Osun State First Lady took Labake to Osogbo, rehabilitated her, and took care of her till she was delivered of her baby.
This year again, an unknown man whose name according to Labake is Operator impregnated her and fled.
On Thursday, 3 November, 2022, Labake was was at the Alapomu’s palace’s gate again.
“I thought it was her usual visit for support. I asked my staff to take some things to her. He came back with a paper and said Labake was crying profusely,” Olori Afolabi told thegazellenews.com.
According to Olori, the paper contained a very important message.
“The paper was the Scan result which showed among other things that she had been due since October 24 and the baby’s position posed great danger to her life.
“I asked security to let her in. When l saw her, l didn’t need to be told that she was in great pain. l called Julius Edet and Moses (both members of the Medical team l set up for my project “Initiative To Stop Teenage Pregnancy,”) to come to the palace,” Olori Afolabi narrated.
They took her to the health Center. After payment had been made for registration and tests, the officials said there was no doctor to attend to her.
She was taken to another health center. The Matron spoke to the Olori. She said Labake’s condition was beyond them. She advised that Labake be taken to a private hospital or General Hospital, Oluyoro in Ibadan because the only way she could give birth was through an operation.
“For me, Ibadan was not an option at all because of the distance and gridlock. Labake may not have survived the stress in the condition that she was in,” Olori Afolabi said and she realised a quick and decisive action is needed fast. 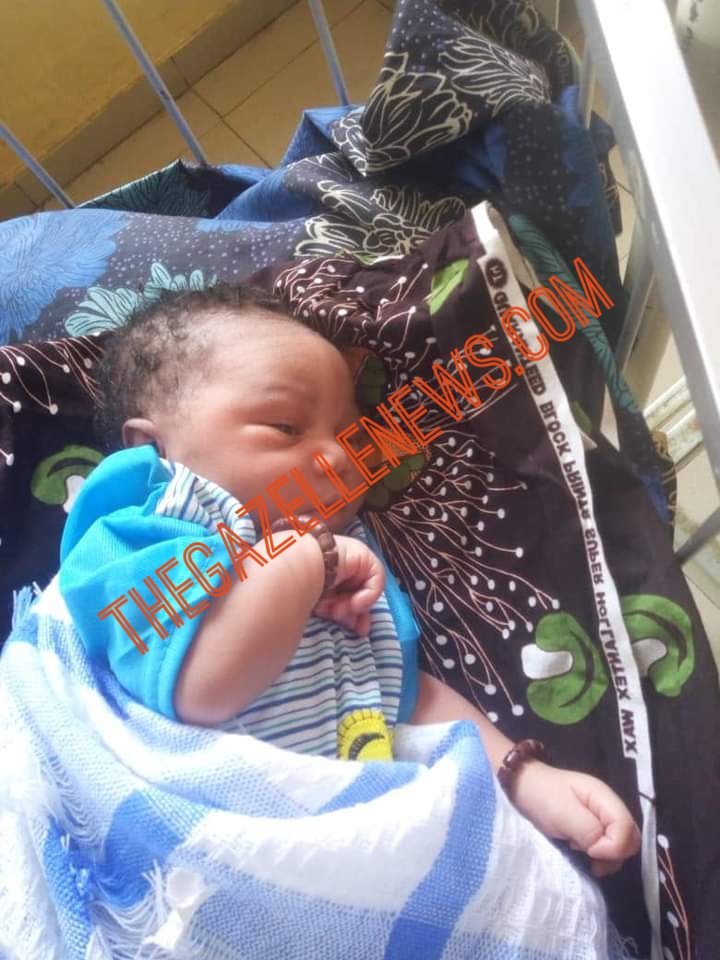 She turned her attention to within the community. She place a call to Goke Odetunde, Chairman of Isokan Local Government whose response was immediate.
When told of the enormity of the precarious situation Labake was, he not only ordered that she should be taken to a private hospital in a neighboring community, Odetunde also footed the bill. A kind gesture by the Council Chairman.
To the glory of Almighty God, the operation was successful and Labake was delivered of a baby boy. Mother and child are alive.
“I want to thank the Chairman for the rapid response and kind gesture. Julius and Moses for devoting their time and attention to be with Labake throughout her agonizing hours.
“I want to appeal to the men who keep taking advantage of Labake’s mental condition to sexually harass/ abuse/ impregnate her, to desist because if she were your sister or daughter l do not think you will be happy if someone does that to her,” Olori Afolabi said.
The Olori herself deserves commendation and praises for her staring roles in ensuring that Labake did not die from inhuman treatment by people who are supposed to care for her.
Since her husband ascended the throne few years ago, Olori Afolabi has integrated so well with the locals that she has become a mother hen to the natives.
She has become so accessible with listening ears to the natives that they don’t have any qualms to take their problems and grievances to her.
Olori Afolabi has been complementing her husband’s giant strides in the community.
It was no wonder therefore that the first place Labake’s spirit directed her to was the palace the two time she became pregnant.
Olori Afolabi deserves commendation, so also the First Lady of the state, Mrs Kafayat Oyetola who ensured that Labake delivered her first child safely.
But while these virtuous women were getting applauds, what of the men in dog’s clothing who impregnated the vulnerable girl and left her for dead.
They deserve punishment and there is need for the state government and the local government to ensure adequate security and protection for Labake. They should also ensure that the unscrupulous man or men who take advantage of her are arrested and brought to face the wrath of the law.
They have done it twice, they will still come back. They should be trapped down and arrested and face the law.
Their actions constitute nothing but you man’s inhumanity to a vulnerable teenage girl.