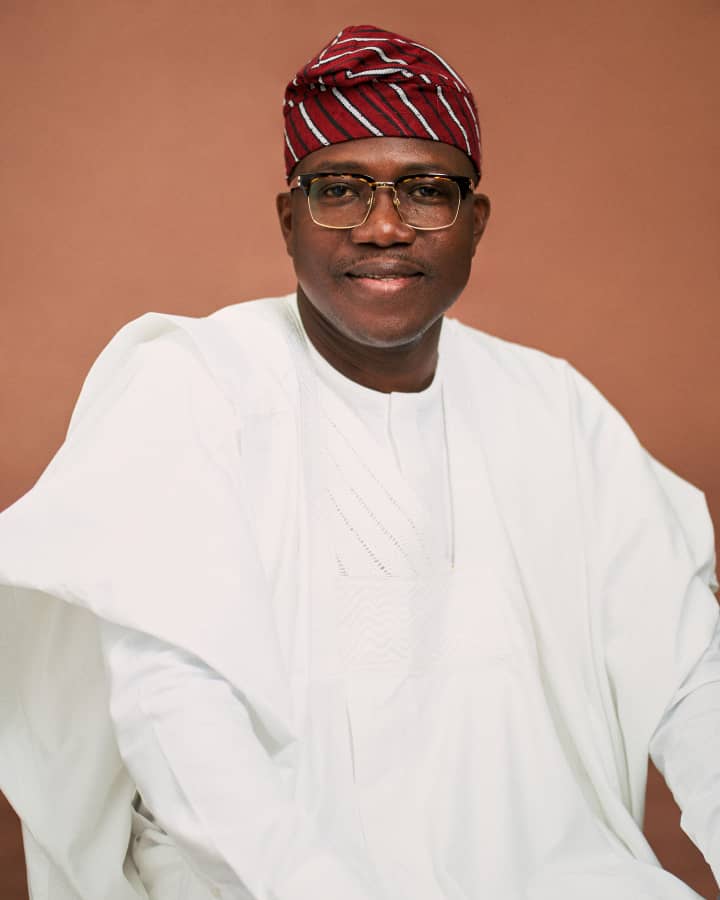 Posted By: The Gazelle NewsIn: No Comments
Print Email
The Lagos State Head of Service, Mr Hakeem Muri-Okunola has assured the Executive Committee members and Board of Trustees of the Lagos State University Alumni Association of his support and commitment to play an active role in ensuring that the Institution attains greater heights.
Muri-Okunola stated this during his meeting with LASU Alumni Association Executives which was held recently via Zoom.
The Head of Service maintained that as an Alumnus, it is the only way one can give back to the Alma Mater, saying that, it was the Institution that “enabled us obtain our first degrees, adding that everyone should add value to the Alumni and further elevate the Institution to a world class standard to be reckoned with”.
Speaking further, the Head of Service commended the proposed International Conference Centre and School Records Digitalization Project as planned by the Alumni Association and referred to both projects as highly laudable.
In expressing his commitment and pledge to support the Association, he further pledged to personally encourage other eligible Alumni members, especially among Lagos State Public Service Management Staff, to formalize their membership and other necessary documentation without delay, adding that all hands should be on deck.
The Head of Service and others at the meeting observed a minute silence in honour of the first civilian Governor of Lagos State and the founder of LASU, Late Alhaji Lateef Kayode Jakande who passed away on Thursday, 11 February, 2021.
He stressed further that what everyone was benefiting from today was the result of the foresight of Late Pa Jakande, commending him for a conscious and deliberate decision to create the citadel of learning where many of us had passed through.
Muri-Okunola observed that many LASU Alumni members occupied positions of authority in the Lagos State Public Service as Directors and Permanent Secretaries while many more occupied very high positions in the academia, military, police, Industry and the organized private sector.
He reiterated his confidence that with all hands on deck, all Alumni plans would be accomplished with ease.
He thereby called on all notable Nigerians who had navigated through the Institution who are now in State and National Assemblies, organized private Sector and others in the Diaspora, to rally round the Institution so as to maintain its past glory and nurture it to greater heights.
Earlier in his opening remarks, the President of LASU Alumni Association, Major General Cecil Esekhaigbe Ph.D (Rtd.), who was represented by the Association’s Vice President, Mr. Norrison Quakers (SAN), congratulated Mr. Hakeem Muri-Okunola on his appointment as the 21st Head of Service in Lagos State and other notable Alumnus who have excel in their chosen careers for being supportive to the dreams and aspirations of the Association and in moving Lagos State University forward.
He reiterated that the Association had the singular honour and distinction of having produced the current Speaker of the Lagos State House of Assembly, Rt. Hon. Mudashiru Obasa; its Chief Whip, Hon (Mrs) Lasbat Mojisola Miranda; and several other members; one time Lagos State Deputy Governor, the state Commissioner for Finance, a current Senator, Army Generals, not forgetting the current Lagos State Head of Service, adding that there is need to grow the Association and to grow the people that matter with who the Association can always identify.
In his remarks, the Chairman of the Board of Trustees of the Association, Mr. Olateru Sonoiki, noted that the Association was proud that the Lagos State University had produced the State Head of Service, Mr. Hakeem Muri-Okunola, who he praised for identifying with the Association.
He said too that his participation in the activities of the Association would motivate and encourage other members, appealing once again for Muri-Okunola’s support in completing the identified projects of the Association in record time.
He concluded by charging all LASUITES in the State Public Service to work diligently with the Head of Service to achieve the THEMES Agenda of the present administration of Mr. Babajide Olusola Sanwo-Olu and take care to achieve relevant justifiable interests.
Other Alumni members at the meeting included: the Permanent Secretary, Office of the Chief of Staff, Mr. Wale Musa; Mr. Wale Anthony, Alumni Secretary; Mr. John Akingbade, Financial Secretary; Mrs. Dupe Adefolarin, National Treasurer; Mr. Wasiu Akinleye; Prof. Ibikunle Tijani; Prof. Gbenga Oladimeji; Secretary of the Board of Trustees, Mr. Biodun Durojaiye; Mr. Kehinde Olusanya; Princess Bopo Oyekan-Ismaila, Deputy Director, Public Service Office (OHOS); Mr. Femi Ogun, Head of Public Affairs (OHOS); and Mr. Akinbode Obadina, Director Office of the Head of Service & Private Secretary to the Head of Service (OHOS) among others.