By The Gazelle NewsJanuary 25, 2022No Comments2 Mins Read 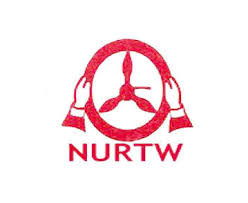 Share
Facebook Twitter LinkedIn Pinterest Email
Some residents of Lagos Island have called on the state government to ban the National Union of Road Transport Workers (NURTW) over what they described as their constant breach of peace in the state.
Residents who spoke with The Gazelle News.com on Monday, 24 March, 2022 described the clashes between two rival groups of NURTW on the Island as becoming too frequent for comfort.
“They clash almost at will and kill innocent citizens all the time. The latest one that occurred last week left about 10 people dead.
This is becoming too much for us to bear. As I’m taking to you, residents are living in fear because of threats of reprisal attacks,” Aladesanmi Hakeem who lives in Idumota told our correspondent on Monday.
Another resident, Adeola Ashafa, called on the state Governor, Babajide Sanwo-Olu because the NURTW rival groups on the Island clash at any slightest argument.
“A small argument at a function can lead to clashes where people get killed. They fight and kill over girlfriend and even over argument on football. Within minutes of any argument, you start hearing sounds of gunshots. It’s very disturbing.
“I think Governor Sanwo-Olu should pick up the courage to ban the NURTW. Their members are acting and killing people with Impunity and the government is doing as if they are less concerned,” Ashafa who lamented that one of her cousins narrowly escaped death during the union clash last week, said.
Other residents who spoke with this medium equally lamented the degenerating security situation on the Island due to the activities of the NURTW members.
“The union should be proscribed and I wonder what the Governor is waiting for. Is it after they kill everyone on the Island? The time for Governor Sanwo-Olu to act is now,” Ugochukwu Chukwudi who has a shop selling electronics materials said,” Ademilusi Ademola said.