By The Gazelle NewsJuly 22, 2022No Comments2 Mins Read 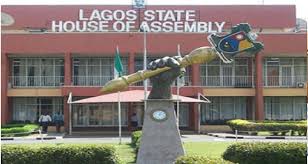 Share
Facebook Twitter LinkedIn Pinterest Email
The new Secretary of Lagos State House of Assembly Service Commission (LAHASCOM), Mrs Folashade Raolat Latona has resumed duties.
On her assumption to office, she swung into action by holding separate meetings with the Heads of Directorates, Units and Staff of the Commission. At the meetings, Latona charged the officers to be more diligent, hard-working, and result-oriented to achieve the objectives of the Commission.
She stated that strict adherence to public service rules helps to imbibe discipline and efficiency among officers.
According to her, observance of work ethics is also very fundamental and plays an important role in the survival and growth of any government agency or institution.
She said, “work ethics such as punctuality, commitment to service, team spirit, diligence, loyalty, love for others and honesty, to mention a few, are important to sustain the values and mission of the Commission and State Government at large.”
She further explained that the essence of her appointment is to work effectively and efficiently, appealing that she would need the support of management and staff to put things right.
”The Civil Service Rules should be a guide for every civil servant to dispense their duties effectively within the expectations of the State Government,” she added.
Mrs Latona, born on 13th December 1962, holds a Master of Public Administration degree from the National Open University of Nigeria (NOUN) Lagos amongst other qualifications. She started her career from the Lagos State Civil Service as a Principal Executive Officer.
She had worked in different Lagos State Ministries and Agencies before her transfer to the Lagos State House of Assembly in 2007 as an Assistant Chief Executive Officer, Grade Level 13.