By The Gazelle NewsMarch 25, 2021No Comments1 Min Read

Share
Facebook Twitter LinkedIn Pinterest Email
The police operatives attached to Mushin Division of the Lagos State Police Command have arrested one Yusuf Saliu, male, 32, at Daleko Area, Mushin, with one of the suspected stolen motorcycles at the Dalemo Police Post during the October 2020 violent Endsars protest in Lagos State.
The suspect was arrested on Monday, 22 March, 2021 at about 9.30pm, based on an intelligence on the activities and involvement of the suspect in the vandalization of the Daleko Police Post; and the suspect was seen riding the said bike with Reg No. APP 476 Q. 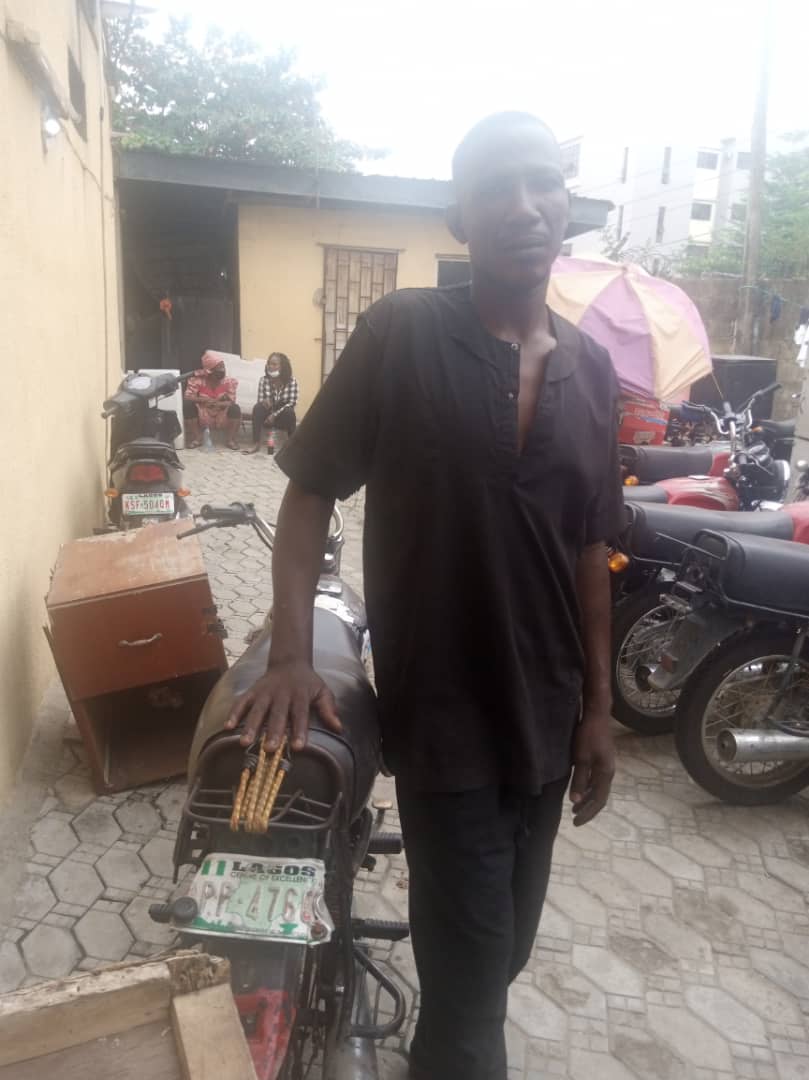 The said bike has been recovered and the matter has been transferred to the Command’s Special Squad for further investigation on the order of the Commissioner of Police, Lagos State, CP Hakeem Odumosu.
The Commissioner of Police has however reiterated the command’s readiness to work with the members of the public on sharing of usefull information and exchange of ideas that will assist the command in combating crimes and criminality in Lagos State.