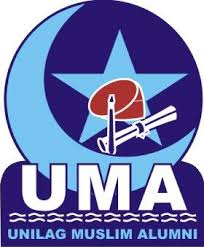 Posted By: The Gazelle NewsIn: News, ReligionNo Comments
Print Email
Information and Culture Minister, Lai Mohammed; his Mines and Steel Development counterpart, Olamilekan Adegbite; Ogun State Deputy Governor, Mrs. Noimot Salako-Oyedele; and Chairman of the University of Lagos Muslim Community (UMA), Prof. Lai Olurode; are among dignitaries expected on October 24, at the 32nd University of Lagos Muslim Alumni (UMA) annual general meeting (AGM).
The event, scheduled to hold at the Islamic Centre of the UNILAG Mosque in Akoka, Yaba, will feature the induction of Muslim graduates into the UMA, honouring 2021 Best PhD and First-Class graduates and unveil the new logo of the alumni.
The AGM will begin at 8 a.m with medical checks comprising blood pressure, sugar level, Body Mass Index and an electrocardiogram (ECG).
These, the National President of UMA, Alhaji Shuaib Salisu said, would help members to know their health statuses and encourage health awareness, among other benefits.
According to Alhaji Salisu, this year’s edition of the AGM, which traditionally holds on the National Day (October 1), was postponed to avoid a clash with a programme of the University of Lagos Muslim Community.
Alhaji Salisu said resourceful personnel have been invited to prepare the new graduates for the opportunities and challenges ahead.
He added that two inspiring lecturers have been engaged to speak on two interesting topics: for those interested in the industry track and for those who want to pursue careers in the academia.
The Country Human Resources Director of Nestle Plc, Mr. Shakiru Lawal, will speak on: Networking for Career Success; a Professor of Economics and Director at the Institute of Nigeria/China Development Studies, Mr. Muibi Olufemi Saibu, will speak on the topic: From Graduation to Professorship: Path to Success in the Academia.
Alhaji Salisu urged members of the UMA to take advantage of the association’s lofty initiatives by attending the AGM.

Witness Narrates How Turaki Ignored Tenders Board In Contract Awards