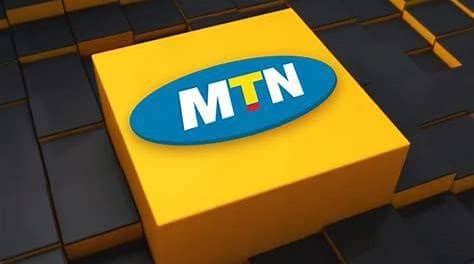 The Group also announced that its President and CEO,  Rob Shuter would be stepping down from his role at the end of his contract in March 2021.

Shuter said: “In 2019, the 25th anniversary of MTN Group, we delivered commercial momentum across our operations as well as great progress in our strategy and strong financial results, despite challenging trading conditions.

“We added 18 million customers to reach a total of 251 million and increased our data users by 17 million to 95 million and our fintech customers by 7 million to 35 million. This growth is central to our belief that everyone deserves the benefits of a modern connected life. We also saw improvements in customer experience, network quality and market share across the group.

“On the strategic front, we launched our instant messaging platform Ayoba, which is now live in 12 markets with two million monthly active users. We launched MoMo in South Africa and Afghanistan and received our super-agent licence in Nigeria, registering more than 100 000 agents by year-end. We also delivered R14 billion of asset realisations within the first 12 months of our programme and MTN Nigeria listed on the Nigeria Stock Exchange. We recorded progress on various regulatory issues, including the AGF tax matter in Nigeria. Relationships with stakeholders across our markets improved, and we reported our highest employee sustainable engagement score yet.

“On the financial side, we delivered service revenue growth of 9,8% with an acceleration in the second half. Our EBITDA margin improved and reported headline earnings per share grew by 62%. Our network rollout brought a further 69 million people into 4G coverage whilst reducing capex intensity.  Improved cash flows during the year supported stable balance sheet ratios.”

According to him, the operating environment was delivered against challenging macroeconomic conditions, particularly in South Africa, with muted economic activity and the rand weakening against the US dollar.

In constant currency terms, group service revenue increased by 9,8%* to R141,8 billion and earnings before interest, tax, depreciation and amortisation (EBITDA) expanded by 13,6% to R53,4 billion. The holding company leverage ratio improved to 2,2x, which is well within the group’s guidance range of 2,0 to 2,5x, and we reduced our capex intensity to 17,5% from 19,3%, indicating greater efficiency in deploying assets. Driven by the strong earnings performance, operating cashflow increased by 18% and the ROE increased from 11,5% in 2018 to 14,3% in 2019 on an IAS17 basis.

The group’s results were supported by double-digit growth in service revenue by both MTN Nigeria and MTN Ghana. The performance of MTN South Africa was impacted by economic pressure, new data usage rules and changes in recognition criteria for roaming revenue from Cell C due to delayed payments under the networking roaming agreement.

MTN announced that the group president and CEO Rob Shuter will be stepping down from his role at the end of his contract in March 2021. The board thanks Rob for the contribution he has made, and continues to make, to MTN. The succession process will be concluded during the year, enabling a seamless handover.

MTN Group Chief Technology and IT Officer, Charles Molapisi has been appointed to the group executive committee and the fixed contract of the Group Chief Operations Officer, Jens Schulte-Bockum, has been extended until 31 March 2022.

“We are well positioned for growth. Guided by our well-defined BRIGHT strategy, we are building our growth strategy on our digital operator model while optimising efficiencies, capex and cashflow.

“Following data price reductions in South Africa and Nigeria in 2019, we expect price elasticity to improve data revenue growth in 2020, supported by expanded 4G coverage in Nigeria and across the group. We will continue to scale up our fintech and digital services as well as grow our enterprise and wholesale businesses.

“We have maintained our service revenue, EBITDA margin, capex intensity and ROE targets and increased our asset disposal target by a further R25 billion over the medium term. We also now target a holding company leverage ratio at below 2x.

“We will use 2020 to implement our succession process and ensure a seamless handover to the new group president and CEO whilst maintaining our operational execution.

“Inspired to harness the pioneering spirit that has built MTN over the last 25 years, we remain committed to delivering on our strategy in a more agile way in close collaboration with our many partners, with whom we are #GoodTogether.”