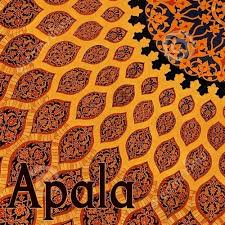 Posted By: The Gazelle NewsIn: Entertainment, NewsNo Comments
Print Email
The publisher, Chief Detective titles, Mr Dipo Kehinde has been honored with a newly created class of Apala music single on his birthday.
The single, titled, ‘Who Is Celebrating’, dropped today, Monday, 22 November, 2021, by his sister, Dupe Olaoye-Osinkolu, the creator of the newly modernized Apala to celebrate Kehinde on his birthday, is historical.
According to the singer, the last bits of the lyrics ‘Dipo, a koko ooo’ recalls how Dipo as a toddler used to bring his empty feeding bottle to his mother for a refill. A relative at the naming ceremony of Dipo’s immediate younger brother, Mrs Osho, also known as Mama Remi saw Dipo (close to three years old) pulling his mother’s hand with one hand and stretching the other hand holding his feeding bottle to her, saying, ‘a koko ooo’, a toddler’s language literally meaning, ‘I want to drink pap’. She seized the bottle, saying ‘leave this for your new brother. Little Dipo started crying, ‘A koko o, a koko oooo…until his mother got the bottle back from Mama Remi and refilled it for Dipo.
Over the years, before Mama’s passing, though not to Dipo’s hearing, she used to recall Dipo’s sing-song protest ‘A koko ooo’.
Olaoye-Osinkolu said, “I want to pull his leg on his birthday by reminding him of his toddler years.
Dipo Kehinde’s flair for writing has inspired many into the journalism profession.
Dipo Kehinde is the CEO of Chief Detective Communications Ltd, owners of Nigeria’s leading true crime publication – Chief Detective magazine (www.https://thechiefdetective.com ) and NewsmakersNG online newspaper (www.https://newsmakerslive.org ).
He is one of Nigeria’s top investigative journalists.
In a Journalism career spanning 32 years, Dipo Kehinde was the Assistant News Editor, Investigations, at The Comet Newspapers; the pioneer Crime Editor of The Sun Newspapers, and the Deputy Editor (Daily) at the Nigerian Compass Newspapers.
He served as a member of the 11-man Committee on Nigeria Police Public Relations Reforms under retired Inspector-General of Police, Mohammed Dahiru Abubakar.
A divergently creative multiple-award-winning artist, writer, and public relations practitioner, Kehinde started his journalism career as Arts and Fashion writer with the Sunday Concord in 1989.
Born on November 22, 1965, Kehinde, who hails from Abeokuta, Ogun State, studied Fine Arts at the Polytechnic Ibadan and the Yaba College of Technology, where he specialized in painting. He also attended the BBC Journalism Training School and won the Best Student Prize.
His accomplishments include the BBC Prize for Excellent Reporting (2002), Academy Press Award for Excellence in Visual Arts (1995); Nigeria Media Merit Award (NMMA), Newspaper Reporter of the Year (2002); Diamond Award for Media Excellence (DAME), Press Reporter of the Year (2002); the Faculty Award, Yaba College of Technology, School of Art, Design & Printing Technology (Faculty Award for Professional Excellence) and Crime Reporters Association of Nigeria (CRAN) award for meritorious service.
A member of the British Impressionists Society, Society of Nigerian Artists (SNA), Nigeria Union of Journalists (NUJ), and the Rotary Club, Dipo Kehinde is also the Founder and President, Creative Chambers, a stable of consummate avant-garde artists and writers, who explore countless creative capillaries to encourage young people to work productively and peacefully, harnessing their talents, intelligence, and skill to fuel economic growth for the fulfilment of national aspirations and socio-political regeneration. Creative Chambers held the first ever art exhibition in commemoration of Workers’ Day celebration in 1996, and it was one of the 36 Non-Governmental Organizations brought together in 1998 to mark the 50th Anniversary of the Universal Declaration of Human Rights (UDHR).