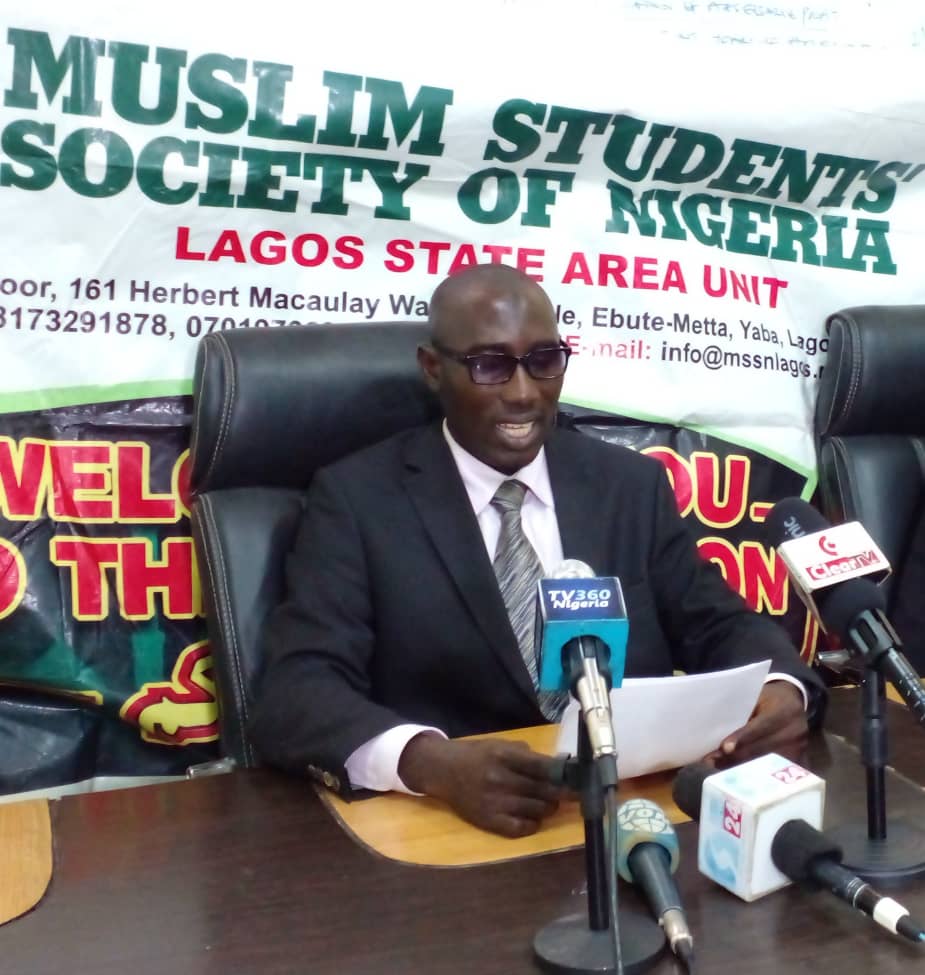 Posted By: The Gazelle NewsIn: News, ReligionNo Comments
Print Email
The Lagos State Area Unit of Muslim Students’ Society of Nigeria (MSSN) has commended  Nigerian youths  who are entrepreneurs and into small or medium scale business for self sustenance and development.
The Amir, (President) of the students’ body in Lagos state , Mallam Miftaudeen Thanni made the commendation on Friday, 12 August, 2022  in commemoration of 2022 International Youth Day.
International Youth Day is observed on August 12 around the globe  by the United  Nations  to raise awareness about the challenges and hardships faced by the youth all across the world.
The Lagos State Area Unit President lauded Nigerian youths who have made the country proud in their various areas of endevour and capacities  and advised others to eschew digital crime, rituals as well as  quick-rich syndrome prevalent in the society.
According  to the students’ leader , youths remain the nation builders and can only be realitic  should  they continue to shun social vices and engage in more productive activities.
Thanni condemned in strong terms the immortalities being promoted particularly among youth through  the Nigerian reality competition television series, popularly known as Big Brother Naija.
He insisted that Nigerian government place a ban on the show whose season 7 is currently being  aired  as it promotes moral decadence  and illicit sexual content to the viewers  who are largely the youth.
“We insist that government place a ban on BBNaija  as it’s having a negative effect. The reality show largely promotes pornography and this has devastating effect on personality.
“The show encourages indulgence in immoral acts particularly as secondary school students are on the long holiday period,” he said.