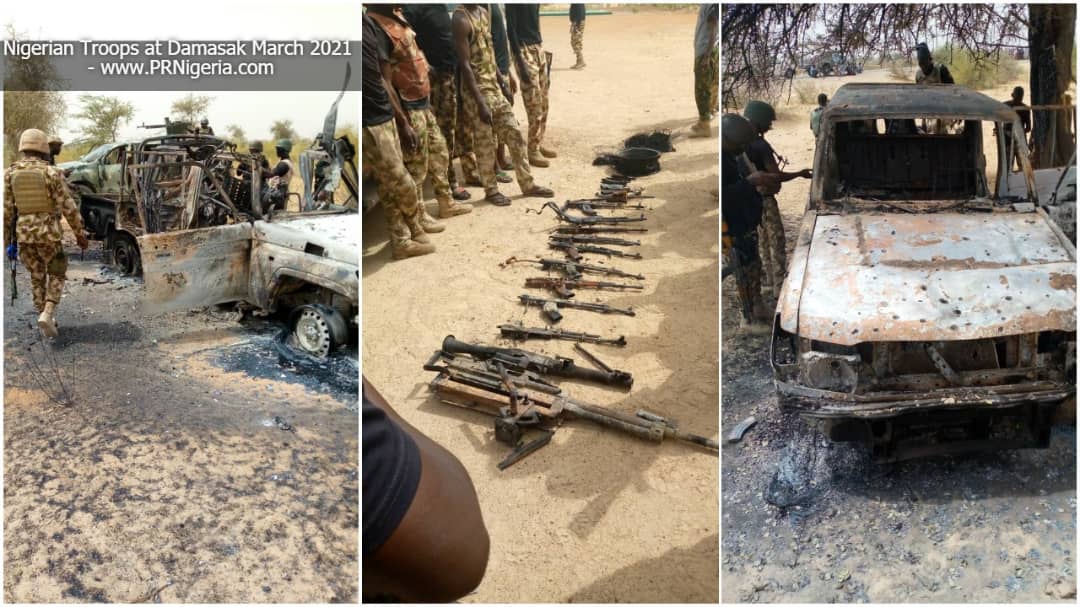 Their attempt to attack residents of the town were however foiled by the swift response of NAF helicopters, deployed to engage the Boko Haram elements.

A military intelligence officer, who craved anonymity, said the aerial bombardments of the NAF fighter aircraft eliminated over a dozen of the terrorists, and also shattered their gun trucks ‘terribly’.

He said: “Aside the air raids by the NAF helicopters, the ground troops also succeeded in neutralizing the remaining insurgents who attempted to escape after the destruction of three guntrucks, and one Canter Truck.

“The latest well-coordinated joint air and ground operations is quite encouraging as we have so far counted more than 30 dismembered corpses of the terrorists.”

A Time For Courage