BREAKING NEWS
Home Education Navy Students In Air Force Institute Of Technology Cry Out Over Unpaid Allowances, Appeal To Naval Chief To Come To Their Rescue

Navy Students In Air Force Institute Of Technology Cry Out Over Unpaid Allowances, Appeal To Naval Chief To Come To Their Rescue

Posted By: The Gazelle NewsIn: Education, Investigations, Life, Metro, News, Security, TechnologyNo Comments
Print Email
The Nigerian Navy students in Airforce Institute of Technology, Kaduna are in pains. No thanks to the non-payment of their feeding and course allowances by the school authorities for twelve months.
Thegazellenews.com can also confirmed that there has been ill treatment of the students by the school authorities.
“Our morale is down. We’ve not been paid our feeding and course allowances for the past one year and this is really affecting our performance and morale,” some of the students confided in this medium.
They pleaded with Vice Admiral A.Z Gambo, Chief of Naval Staff, to come to their aid and facilitate quick payment of their allowances.
According to the Manual of Financial Administration of Armed Forces of Nigerian (MAFA 2017), military students under Nigerian Navy Course sponsorship are entitled to RCA daily and course/book allowances. 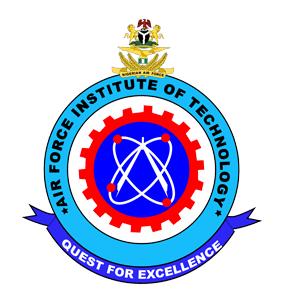 But the some officers of the Nigerian Navy studying at the Air Force Institute of Technology in Kaduna State have complained that they have not received their Ration Cost Allowance (RCA) and course allowances for the last 365 days which is equivalent to one year.
Some of the officers who preferred to remain anonymous told thegazellenews.com that they are trying to survive as the meagre salary being paid by the Federal Government is not enough to even take care of family and upkeep.
“The meagre salary is not enough to take care of our families. Now we are expected to take care of our academic activities from the meagre salary, how do we survive on this?
“Don’t forget that we’re still students hence we partake in academic activities such buying materials, tools, textbooks and also run projects. We’re expected to do these from allowances but that have not been paid for the past one year and in order for us to meet up to the standard of our colleagues and excel, we have to expend our meagre salary on these activities.
“We’re being made to keep duty, cut grass, do fatigues by the Airforce authorities here at AFIT without being fed,” they lamented.
The affected officers told thegazellenews.com that the development demonstrated their superiors’ insensitivity to their enormous sacrifices for the country.
“In 2020 and 2021, we were given admissions for sponsored courses in Airforce Institute of Technology, Kaduna. To run different regular courses such PGD in Aircraft Engineering, Licence courses, HND Aircraft Engineering Technology, Pre-HND, Purchasing and Supply and ND Aircraft Engineering Technology,” one of the aggrieved personnel told thegazellenews.com
“As military students under Nigerian Navy sponsorship we are entitled to Ration Cost Allowance (RCA) and Book Allowances as contained in Manual of Financial Administration of Armed Forces of Nigerian 2017.
“We are entitled to RCA of ₦1200 daily and N150,000 course allowance for courses above one year since we we are not being fed as our other colleagues running military course at different naval school establishments in Quorra, Sapele, Owerreinta, underwater
“The last allowances we received which were not even paid completely when we resumed our course in June 2021 was paid in Aug 15 2021. We received ₦150,000, N275,000 and N325,000 respectively which shows the corruption in the Finance Department of the Naval headquarters,” they told this medium.
The officers pleaded with the Chief of Naval Staff, Vice Admiral A.Z Gambo to look into their situation alleging that some bad eggs in the Navy are trying to sabotage his efforts in achieving a better Navy system.
They claimed further that reliable sources informed them that the funds have been approved by Gambo but some persons are trying to sit on the money for reasons best known to them.
Efforts to get the reaction of the spokesman for the Nigerian Navy proved abortive as his number was not going and text to his phone did not deliver.

Nigerian Military Did Not Encounter Beast With Human Body in Benue’