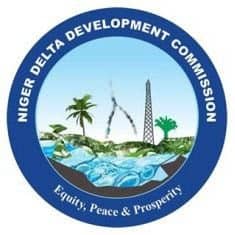 The Niger Delta Development Commission, NDDC, says it has commenced the digitisation of its documents as part of its efforts to render faster and better service to the people of the Niger Delta region.

Speaking after reviewing the on-going capturing and archiving at the NDDC headquarters in Port Harcourt, the Director, Information Technology and Management Information System, Mr. Kine Osain, said that the digitisation of legacy documents was necessary to ensure their safety and continuity.

He said: “The world is moving towards a paperless society and NDDC will not be left behind. We should, in fact, be among those blazing the trail in digitisation. This will guard against unexpected mishaps that can occur to compromise the commission’s documents. With digitisation, we will have soft copies that will provide adequate backup.

Osain remarked that the digitisation would help the NDDC in preparing for the forensic audit ordered by President Muhammadu Buhari, as it would give the necessary integrity to official documents and make them readily acceptable in courts.

He said that with the numerous benefits of digitisation, all the Directorates and Departments in NDDC would key into it for the overall interest of the people of the Niger Delta region.

According to him, “the beauty of going paperless is that it makes for a smart organization.

Throwing more light on the digitisation project, the system analyst for Xerox, Mr. Kinsley Maduako, affirmed that it would ensure the security of documents in the event of fire outbreak, unforeseen hazards or natural disaster.

He added: “It will guarantee the safety of documents and the project will run on Docushare software which will protect the documents from invasion by malwares, viruses and intruders or hackers.”

He listed the benefits of the project, which he said included less IT dependence because files would be uploaded directly to the server from the user departments; less paper use, which will reduce operational costs and improved productivity in terms of automated work flow process.

Maduako assured that Xerox would provide continuous technical support for the efficient operation of the Docushare software for the project.

He explained: “The project involves the deployment of enterprise content management and physical archiving set up. We are now in the process of digitising the legacy documents, which involves capturing the hard copy documents and converting them into electronic format.”