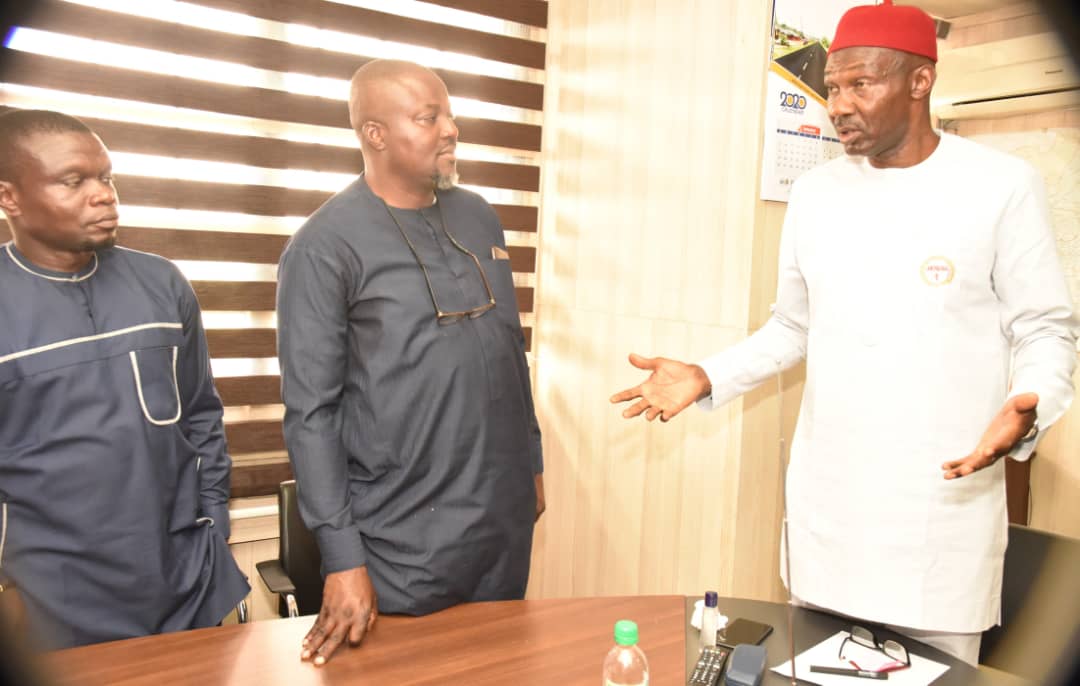 The Acting Executive Director Projects, Niger Delta Development Commission, NDDC, Dr. Cairo Ojougboh, says that the Commission deals with as much health challenges as it does roads and bridges in the Niger Delta region.

Ojougboh, who spoke when a cross section of youth leaders from Rivers State, paid him a courtesy visit at the Commission’s headquarters in Port Harcourt, noted that NDDC devotes a good percentage of its budget to medical and social services.

He said: “The NDDC has built health facilities across the nine Niger Delta States. Who is better positioned than a medical doctor to address the issues of infections and environmental pollution in the region?

“Those questioning my qualification for the position of Executive Director Projects, should know that I am a qualified Medical Doctor and the NDDC Act specified that persons with relevant qualifications should occupy that position.”

Ojougboh stated that he was eminently qualified to hold the position of executive director of projects as a medical doctor and someone with vast experience in petroleum technology and engineering.

According to him, the NDDC was better off with a medical doctor than an engineer in matters relating to health problems and social services.

Ojougboh explained that he had a good background in engineering from the Auchi Polytechnic from 1977 to 1979, adding that he was a petroleum expert having undergone petroleum resources and management courses when he was the Chairman House Committee on Petroleum Resources.

“Gas flaring in my community is the worst in the country. On what basis can anyone claim that I am not qualified to be the EDP? What is their grouse if not the quality of works and services we are delivering?”

Ojougboh thanked President Muhammadu Buhari for his interest in Ogoniland, especially for approving the release of fund for the cleanup of the polluted areas, noting that previous governments did not have the courage to address the issue.

He also commended the President for not making demands on the NDDC, unlike his predecessors, adding that he ordered for the forensic audit from the position of strength. “The way the forensic audit is structured, a lot of people are afraid. The IMC has made it clear that no payment would be made unless it is verified. That is why we are inspecting projects and contractors have been returning to their project sites,” Ojougboh said.

Earlier, the Ikwerre Youth Council President, Comrade Edward Odum, assured the EDP that the youths would continue to support the NDDC Interim Management, stating: “We have come in solidarity with the IMC. We are going to get the youths to understand the programmes of the Commission. We are going to work with the EDP because, he drives the process of project management.”

He assured that the youths under the umbrella of the Niger Delta Ethnic Nationality Youth Council would not constitute any impediment to the activities of the NDDC.

‘How SARS Officers Detained, Tortured Me For Weeks In Osogbo, Ibadan & Abuja, Later Collected N.7m For My Release’