By The Gazelle NewsMarch 5, 2020No Comments3 Mins Read 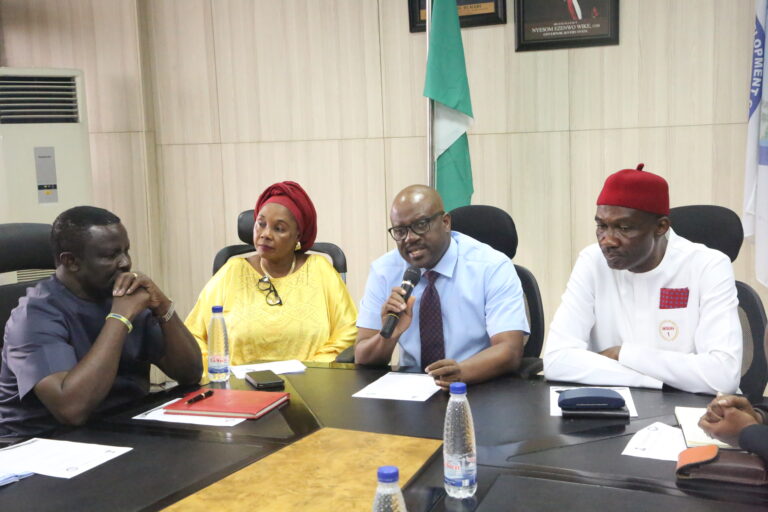 The Niger Delta Development Commission, NDDC, is partnering with the Rivers State Ministry of Agriculture to promote mechanized agriculture and move the Niger Delta region away from subsistence farming.

The NDDC Acting Managing Director, Professor Kemebradikumo Pondei, said this during a courtesy visit by officials of the Rivers State Ministry of Agriculture, led by the Commissioner, Dr Fred Kpakol, at the Commission’s headquarters in Port Harcourt.

Pondei observed that the reliance on subsistence farming had made it difficult to achieve food security in the Niger Delta region, adding that a collaboration with the Rivers State Government would go a long way to boost agricultural development in the region.

He said: “The visit of the Rivers State Ministry of Agriculture is very timely because the NDDC is about to roll out two very important agricultural projects, which we are deeply committed to. These projects will actually shift our people away from subsistence farming into sustainable farming that can provide empowerment for them.

“The first is the FGN/NDDC/IFAD LIFE-ND programme, which will enhance the income, food security and job creation for rural youths and women through agricultural enterprise development on a sustainable basis in the Niger Delta.”

The NDDC Chief Executive Officer identified the Central Bank of Nigeria, CBN, supported programme for farming, especially in rice production, as another project. According to him: “Both projects will require land and thankfully the Commissioner mentioned that the Rivers State Government was in control of land use and allocation.”

Pondei noted that for projects to be viable and successful, there was need for synergy to avoid duplication of efforts, adding that apart from land, the projects would require some form of technical support in form of extension workers. “The NDDC may not be able to provide the extension workers all alone but by working together with the ministry, technical support can be beefed up,” he said.

The NDDC boss stated that agriculture was the way forward and that should explain the Commission’s special attention to agriculture as a major intervention that could get the youths to be gainfully employed.

He said that the NDDC would replicate the partnership with the Rivers State Government in the nine mandate states of the Commission so that no state would be left behind.

The Rivers State Commissioner for Agriculture, Dr Fred Kpakol, stressed the need for the partnership with the NDDC, stating that it was important for the government to work in synergy with the Commission in order to grow the economy of the state and the country and reduce the dependence on oil.

He said that the World Food Programme recently raised an alarm that if we failed to go back to the farm, there would be a serious food deficiency in the country.

Kpakol said: “We recognize the fact that we cannot engage in agricultural development without engaging different stakeholders because agriculture has moved beyond the subsistence level. Thus, we need to collaborate for maximum results. We need synergy between the government, the private sector and organisations like NDDC.”

Dr Kpakol said that the state had control over land use and allocation but conceded that the NDDC had comparative advantage in many other areas.