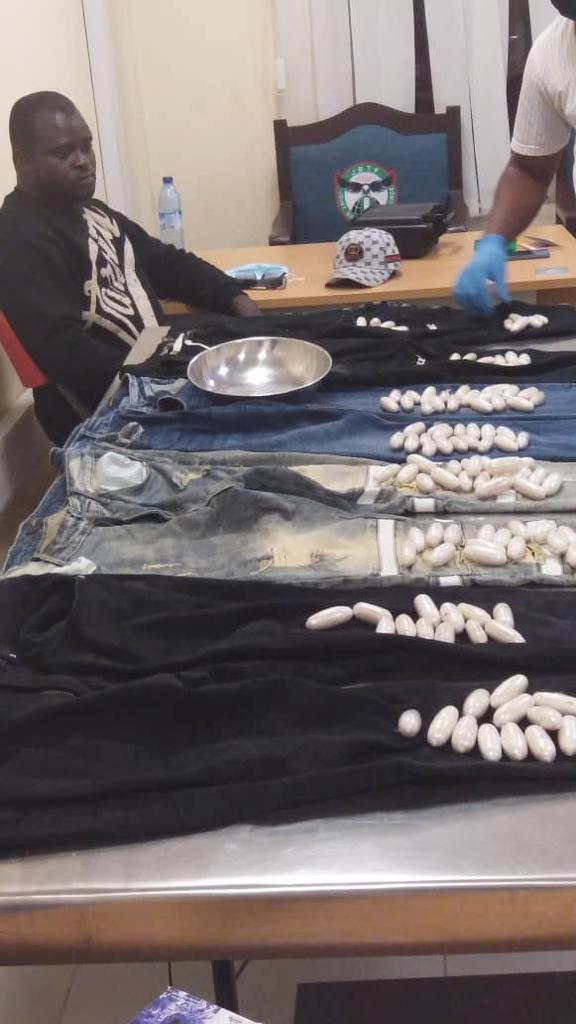 Posted By: The Gazelle NewsIn: Crime, NewsNo Comments
Print Email
Desperate bids by drug cartels to push out millions of illicit drug tablets across Lagos and other parts of the country for the festive season have been frustrated by the National Drug Law Enforcement Agency, NDLEA, with the seizure of 8,381,600 capsules and tablets of Tramadol as well as 56,782 bottles of codeine among others in major raids in Lagos state.

Ahead of Christmas, the Chairman/Chief Executive, Brig. Gen. Mohamed Buba Marwa (Retd) had ordered a sustained surveillance on some targets at Satellite town and Alaba Rago areas of Lagos. The Satellite town target was eventually raided on Thursday 23rd December, when the drug kingpin, Ezekiel Ibe was arrested and over five tons of high milligrams Tramadol; 225mg and 100mg recovered from his warehouse. A breakdown of the seized drug shows 7,991,600 Tramadol tablets and 390,000 capsules of same weighing 5,468.894 kilograms.

In another raid on Monday 20th December following tasking surveillance in a notorious neighborhood at Alaba Rago, Alaba area of Lagos, one Surajo Mohammed was arrested with 941.14kg cannabis while 56,782 bottles of codeine were seized from the store of another drug lord still at large. 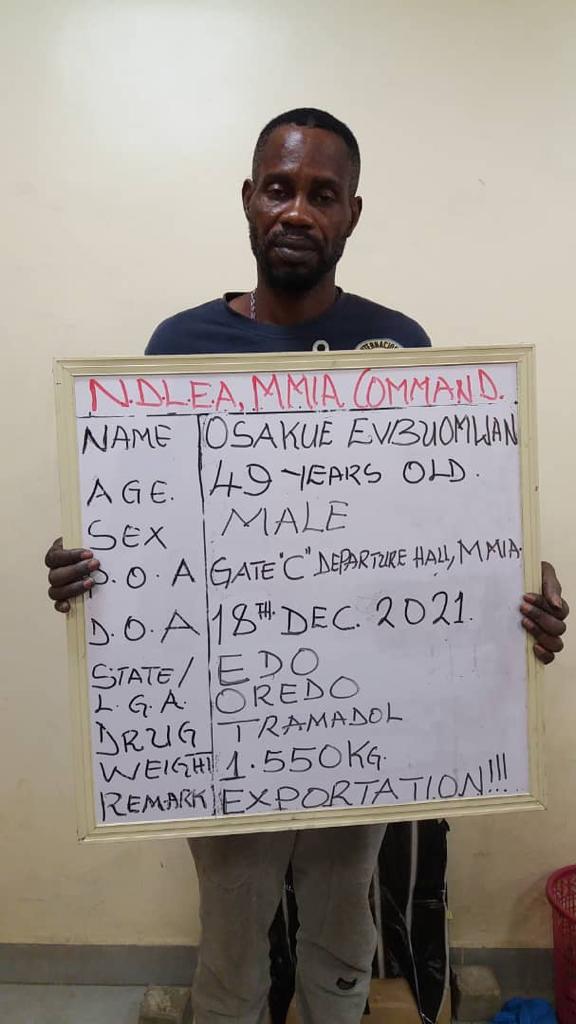 Meanwhile, operatives of the Agency have arrested a 22-year-old Amaka Ogonachukwu for attempting to smuggle wraps of cocaine concealed in cooked white rice for her boyfriend, Monday Imagbebenikaro, 40, in the custody of the Edo state command of NDLEA. Monday was arrested earlier along Airport Road, Benin City, Oredo LGA, for dealing in crack cocaine, Cannabis Sativa and Danabel (Anabolic steroids). 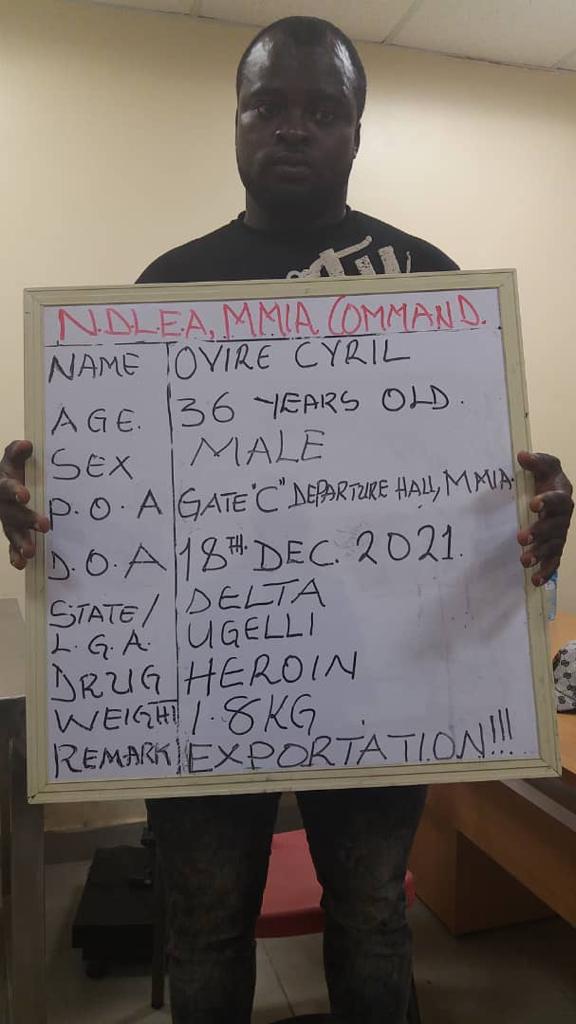 In a related development, an outbound passenger to Italy on Turkish Airline, Ovire Cyril has been arrested with 114 wraps of heroin with a gross weight of 1.80kg during routine search at Gate “C’ Departure Hall of the Murtala Muhammed International Airport, MMIA, Ikeja, Lagos. The drugs were concealed inside the pockets of four jean trousers, packed in a black suitcase. The suspect who confessed that he was pushed into the crime by hardship after he lost his Job, claimed he was promised Five Thousand Euros (€5,000.00) if he successfully delivers the consignment in Italy. 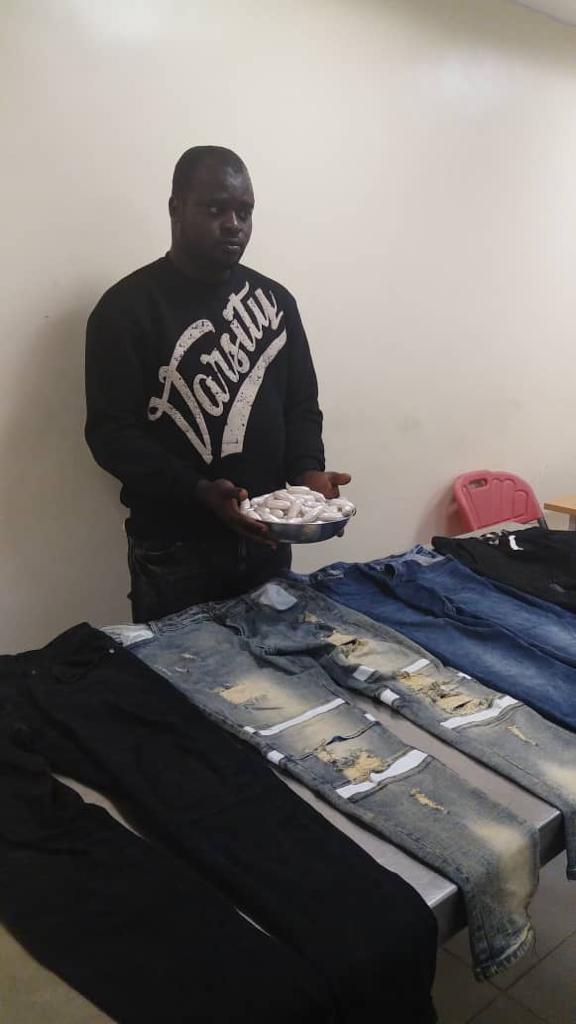 Same day, during outward clearance of Ethiopian Airline passengers’ luggages at the same gate, a male passenger, Osakue Evbuomwan travelling to Milan, Italy was arrested with 1.55kg of Tramadol concealed in a Ghana must go’ bag. 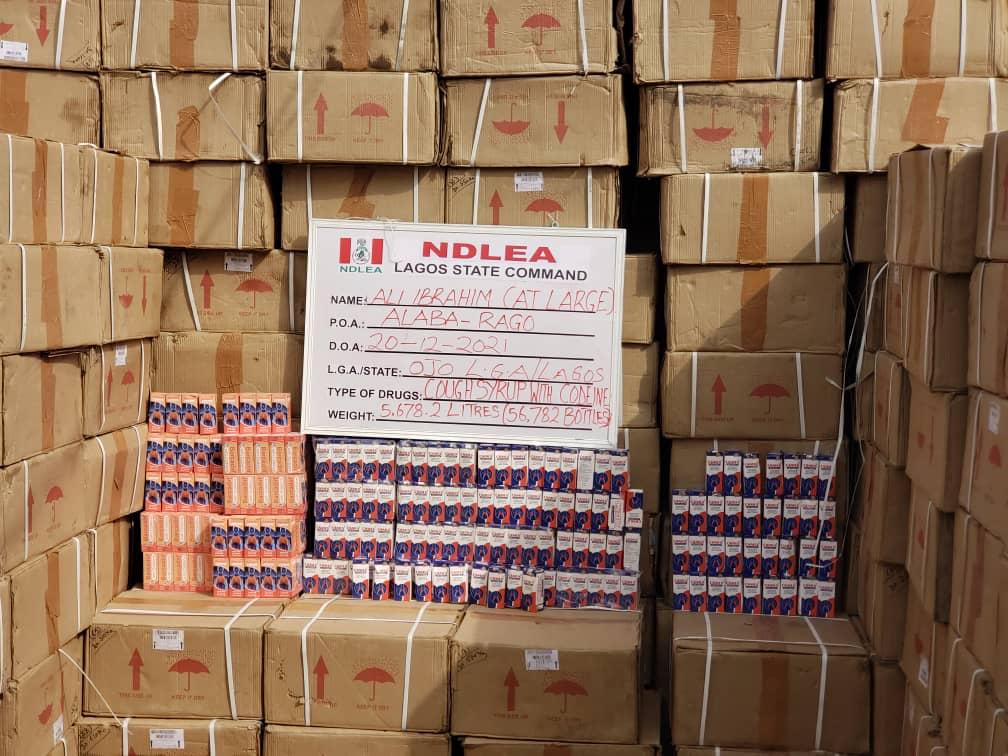 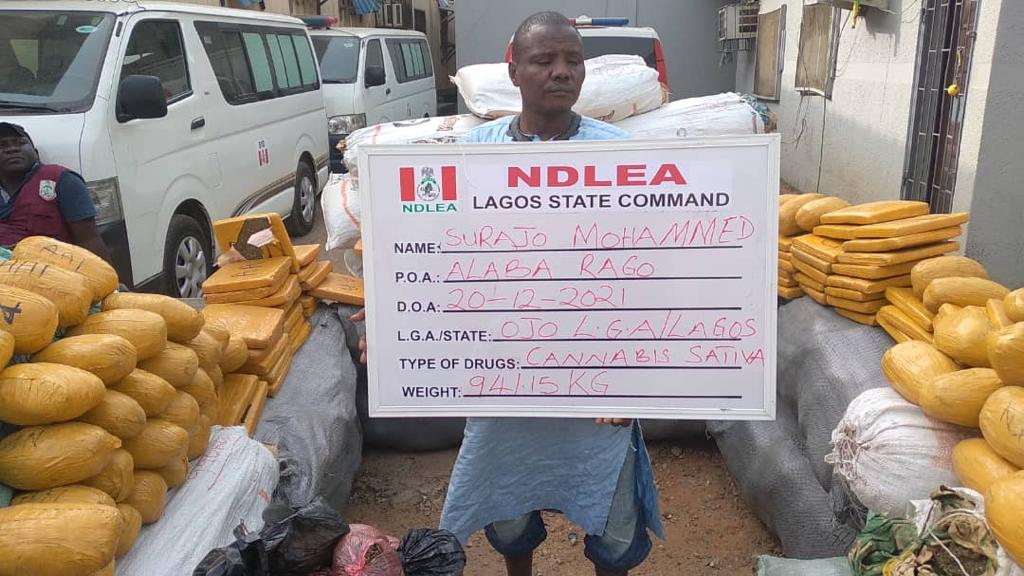 Commending the Commanders, officers and men of the Lagos, Edo and MMIA commands of the Agency for not letting down their guard during the festive season, Gen. Marwa assured them and their counterparts in other commands that his leadership would always reward exemplary performance while charging them to remain focussed and always aspire to surpass previous feats.