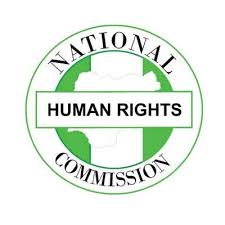 Posted By: The Gazelle NewsIn: NewsNo Comments
Print Email
The Executive Secretary of the National Human Rights Commission (NHRC), Chief Tony Ojukwu has described the gruesome killing of a member of staff of a humanitarian non-governmental organisation, Alem Muluseta in Damboa, Borno State, as disheartening and shocking.
He said aid workers ought to be highly respected and protected by all for their laudable efforts and commitment to caring for the Populations of Concern (PoCs) in their areas of coverage.
Ojukwu, in a statement issued on Saturday by the Deputy Director, Public Affairs of the Commission, Hajiya Fatimah Mohammed, said any form of attack on them or the people they are caring for, should be condemned in all ramifications and thoroughly investigated.
He noted that: “This killing, though an isolated one should be thoroughly investigated and not be allowed to happen again. It is very important to always review the mental health status of troops in the front line, considering the traumatic situations that they are sometimes exposed to.”
Ojukwu said that the nature of assistance provided by aid workers to the Internally Displaced persons, Returnees, and Refugees in the North-east is immeasurable as it has helped save lives and communities who are in need of love and care to make them psychologically balanced.
He stressed that the protection of humanitarian workers should therefore be the priority of all, especially at this time when we need them most.
He called on the Military and other Security personnel involved in the counter insurgency operations in the North-east to always adhere to the rules of engagement and mainstream human rights in their operations in the region.
He also commiserated with the deceased’s family, friends, colleagues, the UN country team and everyone affected by the attack.

2022: You’re A Game-changer, Your Good Works, Character Endear You To Us, Ogunsua, Apetumodu, Others Support Oyetola