By The Gazelle NewsDecember 23, 2022No Comments3 Mins Read 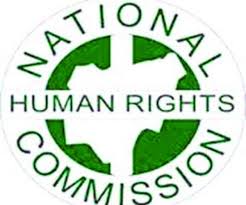 Share
Facebook Twitter LinkedIn Pinterest Email
The National Human Rights Commission (NHRC) has called on the House of Representatives to pass the Electoral Offenses Commission bill like its counterpart in the Senate, to enable the country to deal with cases of electoral violence, which has characterized some of the elections in the past.
The Executive Secretary of the Commission, Chief Tony Ojukwu made the call in Abuja on Thursday while noting that if the bill is passed by the House of Representatives and subsequently signed into law by the President, it will empower the Independent National Electoral Commission (INEC) to concentrate on organizing credible polls while the responsibility of prosecuting electoral offenders will rest on the proposed National Electoral Offences Commission.
Ojukwu recalled that the Senate passed the Electoral Offences bill since 14th of July 2021 and forwarded to the House of Representatives and therefore wondered why the bill has remained pending, despite the inherent value it will add to the electoral process from the 2023 general election onwards.
He observed that although Section 145 of the Electoral Act 2022 empowers INEC to prosecute electoral offenders in the 36 states of the federation and the Federal Capital Territory, it does not have the capacity to investigate, arrest and prosecute electoral offenders.
He maintained that the said incapacity on the part of INEC has constituted a serious impediment in prosecuting electoral offences and other forms of misconduct before, during and after elections in the country.
The NHRC Boss therefore joined his voice to the call for the implementation of the Justice Mohammed Uwais Electoral Reforms recommendations particularly as it relates to establishment of National Electoral Offences Commission to deal with all forms of electoral offences so as to rekindle people’s confidence in the electoral process.
He added that the Commission had carried out an electoral accountability project wherein it made far reaching recommendations to the federal government after painstakingly looking into the past orders and judgments that had arisen from the election petition cases, so as to ensure the protection of the electoral rights of citizens
The Commission had recommended to the Office of the Attorney General of the Federation and Minister of Justice to prosecute certain persons who the Election Petition Tribunal or the Court of Appeal had indicted for misconducts during the 2007-2011 general elections and consequently ordered their prosecution.
Ojukwu expressed optimism that the current MOVE project, Mobilizing Voters for Election, is among other things targeted at the achieving the following: 1) ensuring improved citizens participation in the elections 2) ensure that political parties and candidates present a clear human rights direction in their manifestos and 3) ensure that the law enforcement agents observe global best practices in carrying out their duties, including protecting the voters and their votes during the elections etc.