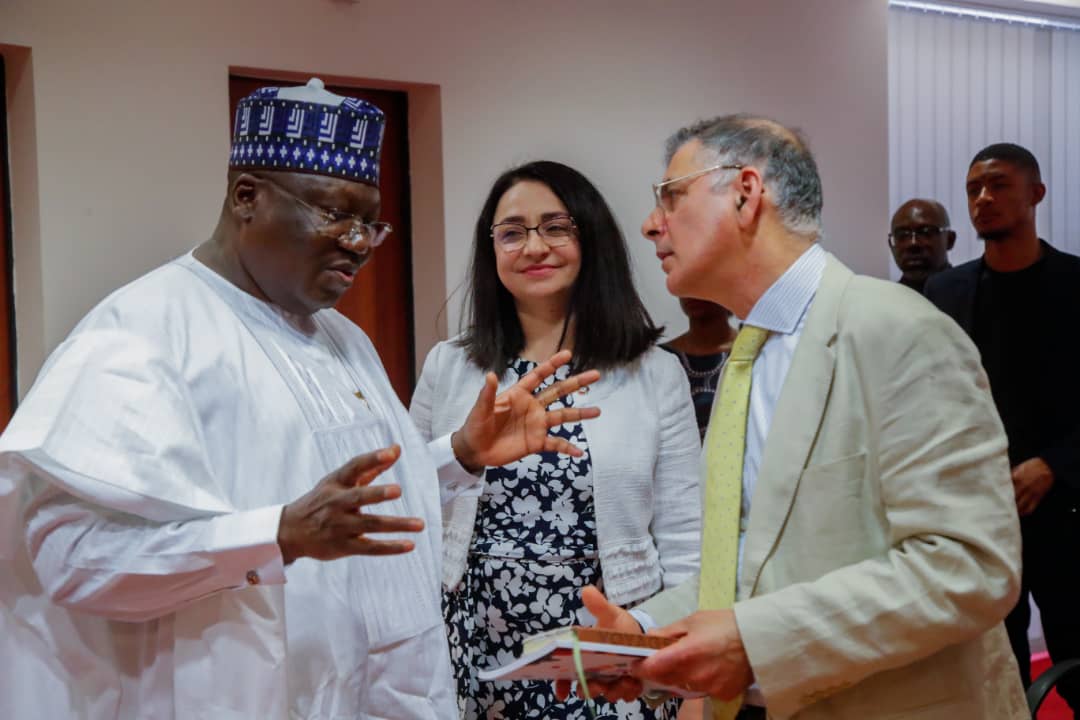 Nigeria Has Highest Tuberculosis Infection In Africa – WHO Representative

Posted By: The Gazelle NewsIn:
Print Email
•By Ademola Akanni, Abuja
Nigeria has the highest number of tuberculosis infection in Africa, The Gazelle News.com can report.
More disturbing is the fact that the country also ranked among the top 10 countries globally with the infection of the dreaded disease, The Gazelle News.com reports further.
A Representative of the World Health Organization (WHO), Tereza Kasaeva, revealed the disturbing statistics during a visit of a delegation of the United Nations Programming Mission to the office of the President of the Senate, Ahmad Ibrahim Lawan on Wednesday, 26 February, 2020.
The Gazelle News.com reports also that Kasaeva was the leader of the delegation.
According to her, the infectious disease is responsible for over 1.5 million deaths  annually according to statistics.
Kasaeva, therefore, called on the Federal Government to make additional investments in primary healthcare services through urgent interventions by the National Assembly.
“Additional investments in Tuberculosis and non-communicable diseases will be needed from the domestic source, and we quite clearly understand the challenges in the country, the budget will never be enough for the health sector and its always some sort of struggle.
“But it will be also good to demonstrate to the biggest outside partners, USAID and Global Fund, if they will see intentions and prioritization from the side of the government on these important health issues to invest more.
“And we from our side as WHO will use all the additional advocacy to attracting these resources and provide all the needed technical support for the country.
“Another thing I would like to raise is how to the strengthen the health system. It definitely should go through the embedding of essential services into the primary health care, because it is the first access to all the population.
“As we are told, the ownership of the biggest initiative by the Senate and the President of the country will be crucial.”
“Just few facts for your attention about tuberculosis globally. It is an old disease but still number one infectious disease killer in the world with One million five hundred thousand deaths annually.
“Unfortunately, here in Nigeria, you are number one in the Afro-region, and among top ten countries globally.
“This year, we will provide progress report to the United Nations Secretary General about progress report in these countries.
“We would like to demonstrate and provide progress towards achieving our ambitious target to end TB by 2030,” Kasaeva added.
The President of the Senate, Ahmad Lawan, on his part, appealed to the United Nations (UN) and the World Health Organisation (WHO) to lend their support to the Nigerian Government towards ensuring the eradication of tuberculosis in the country.
The Senate President said, “This is the time for us to prioritize our enlightenment, education and even investment in non-communicable disease as well.
“We are very grateful for your support for our country for a long time. The National Assembly has been very supportive of increasing investments in the Health sector.
“Recall that in the Eighth National Assembly, we passed a legislation to devote about one percent of our annual budget to Universal Health coverage, and that translated into about fifty-five to sixty billion naira annually, and this is in clear view that the health sector in Nigeria receives more resources for investment, but that is not enough.
“Nigeria is a big country, and the kind of figure we have – two hundred million people – requires that we have more investment in the health sector than we have been able to do.
“But we are also constrained by the paucity of funds, we wish we could have more funds, and while we are trying to do our best, the United Nations and other bodies such as the World Health Organization should try to support our country.
“So, we hope that this support for non-communicable diseases will continue and be even expanded,” the Senate President appealed.
Lawan said the statistics in which Nigeria is ranked number one in Africa in terms of tuberculosis infection rate is not good enough.
“If we are number one in the African subregion and ranked ten in the world, it is not an enviable statistic.
“It is not a good commentary that we are in that kind of leading position from behind. So, we have to do a lot of work, and I want to take this opportunity to request and plead that you help us attend to these issues while we continue to keep the health sector and try to see how much more of investment we can make as a country.
“We will rely on you to support us technically and with additional resources that will help us reverse the statistics that we have today.
“Finally, I want to say the developing partners, even though you have done well, but we have the issue of not getting the legislature itself involved, because sometimes when we appropriate funds, we run into the trouble of finding some projects that would have been supported by our developing partners.
“So, there’s need for our committees at the National Assembly to understand exactly the kind of support and resources that are given to the ministries, so that when we appropriate, we are able to avoid duplication in the area of appropriation,” Lawan said.