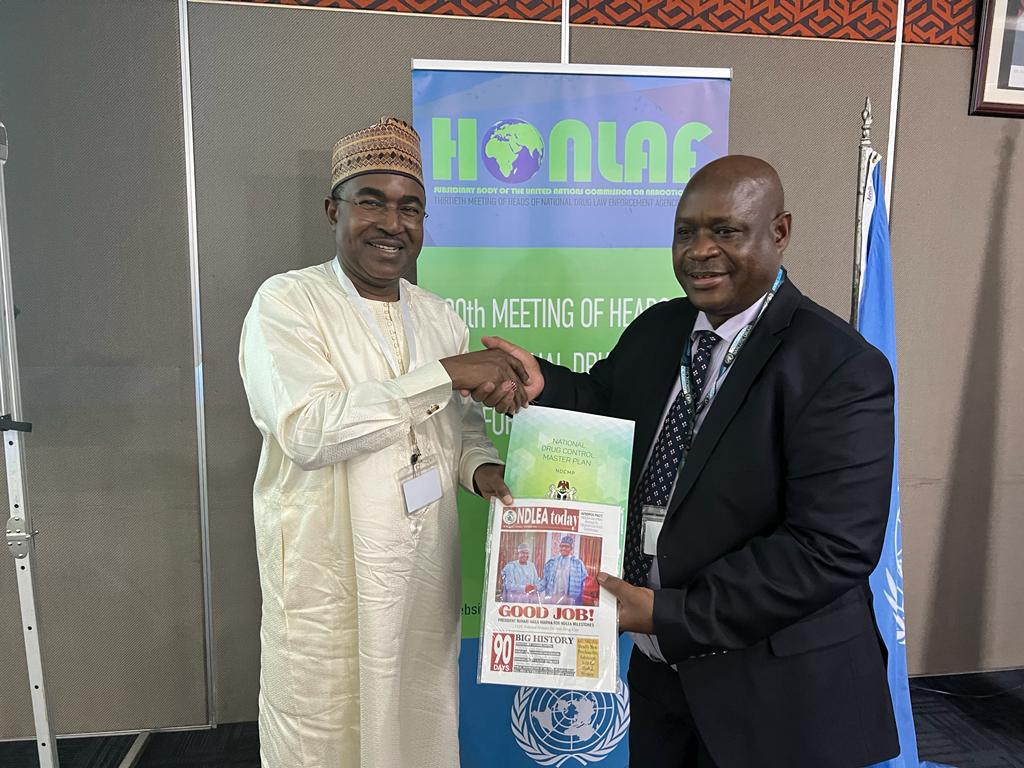 Posted By: The Gazelle NewsIn: NewsNo Comments
Print Email
Nigeria has been elected to host the next conference of Heads of Drug Law Enforcement Agencies (HONLEA) Africa in 2023. This was the unanimous decision of the continental network at the close of its 2022 annual meeting in Nairobi, Kenya at the weekend.
According to a statement on Friday by the spokesman of the Nigeria’s anti-narcotics agency. Femi Babafemi, the move by other heads of anti-narcotics agencies in Africa to have Nigeria host the 2023 conference followed the country’s good relationship with others on the continent and NDLEA’s exemplary performance in the renewed fight against substance abuse and illicit drug trafficking.
Babafemi said in the course of the weeklong conference, Chairman/Chief Executive Officer of the National Drug Law Enforcement Agency, Brig. Gen. Buba Marwa (Retd), led the Nigerian delegation in presentations on every item of the agenda for discussion, where he shared the country’s experience and successes so far recorded in the drug war as a result of bilateral and multi-lateral cooperation with other stakeholders in Nigeria and partners at both regional and international levels.
Babafemi disclosed that on the sidelines of the conference, Marwa also led his team in bilateral meetings with his counterparts from Kenya, Gambia, Ghana and South Africa on areas of mutual interests such as intelligence sharing, joint operations, training and exchange programmes, among others.
He noted that the bilateral meetings also agreed on the setting up of technical working groups on both sides to work on Memorandums of Understanding that will formalize the partnerships and working relationships.
He said Marwa had in his discussions at the bilateral meetings emphasized the need to build new and strengthen existing partnerships among anti-narcotics agencies at the sub-regional and regional levels to make trafficking of illicit drugs and movement of drug lords difficult on the African continent.

Why Nigeria Should Have An Igbo President – Lawmaker