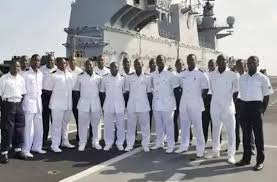 In its effort to decongest its presence in Lagos and other maritime environments, the Nigerian Navy Board has approved the establishment and relocation of non-military operational bases to the hinterlands.

PRNigeria gathered that apart from the establishment of a Navy Logistics College in Kano, the board had approved the locations of the Nigerian Navy Finance and Logistics in Owerrinta, Abia State; Nigerian Navy School of Armament Technology in Kachia Kaduna State; and the School of Health Sciences in Offa, Kwara State.

The navy board also approved the relocation of the Command Naval Drafting to Lokoja, Kogi State; School of Music in Ota, Ogun State and School of Communication and Information Technology to Ife, Osun State.

Aside from establishing some bases mostly for training and logistics, they support military operations in the hinterland. It currently has Special Boat Services, the Naval Elite Commodores that are supporting military operation in the North-West and North-East with the bases located in Zamfara and Borno State respectively.

A senior naval officer told PRNigeria that their bases served different purposes which could be for operations, training, logistics or administration.

The officer said: “All naval establishments and units are called bases notwithstanding their physical locations. Depending on their responsibilities, naval bases could be for operations, training, logistics or administration.