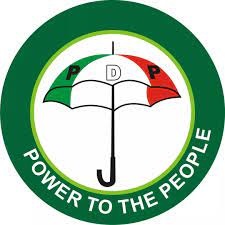 Party Leaders in Peoples’ Democratic Party at all levels should put the interest of masses into maximum consideration, and never let them regret their supportive efforts our party. Although, both party and general public masses can’t afford to be disappointed politically as usual again, as the God of masses is not also happy with the situation of his people and the country at large.

However, this is not the right time to allow any misunderstanding or feud within the party, but time to learn from our past mistakes, in order to strictly adhere to our promises to masses, while wining 23 election at all levels should be our priority.

The Presidential Candidate for PDP, Atiku Abubakah, Ayu and other concerned party Northerner leaders should stay focused for victory and success delivery in the forthcoming 2023 election.

If Ayu, is a patriotic leader of this party, nothing should be too big or precious to sacrifice for the prosperity of the party. Is even better to be member in a winning party than to be the Chairman of losing party, if not for selfishness interest motive.
Truely, getting to our designation safely, is in the hand of God, but through driver. Instead driving to end people’s life.
Moreover, Atiku is preaching National Unification, he should please strive to apply the knowledge he wanted to use in unifying the nation to unifying this Party as a test case. This will be the signal for real Unification as charity begins at home.
We should learn from 2015 mistake when some members of the party were grumbling and agitating that the presidential candidate should come from North, We all see the results.

As for Governor Wike and his followers, although, his agitations is right, for true national Unification, there must be equity and justice in political power sharing, but Wike built his agitation on wrong foundation, and it is indeed for self-interest motive. If he was given the slot of VICE PRESIDENT, he would have not make noise or plot to destroy the party.

Wike has nothing at stake for now, the followers should take note that, he is not contesting for any post, while some of his followers are aspiring for one post or the other. Can someone remain under the roof of the house you are demolishing, without sense it will collapse on you?

Wike’s knowledge and wealth of political experience should be enough to accord him and his followers the reasoning ability to learn from some past mistakes made by some notable leaders within the party; even from the likes of some Governors and some prominent leaders in PDP then, without reason what might be the result of collaborating with opposition to destroyed the house they’ve laboured to build. What is their gain today?

Please, let us learn from the past and put our house in order. Knowing fully well that winning come 2023 election is paramount to us, and is not negotiable.

With togetherness, Nigeria shall be delivered across boards to rise again.