By The Gazelle NewsAugust 11, 2022No Comments2 Mins Read 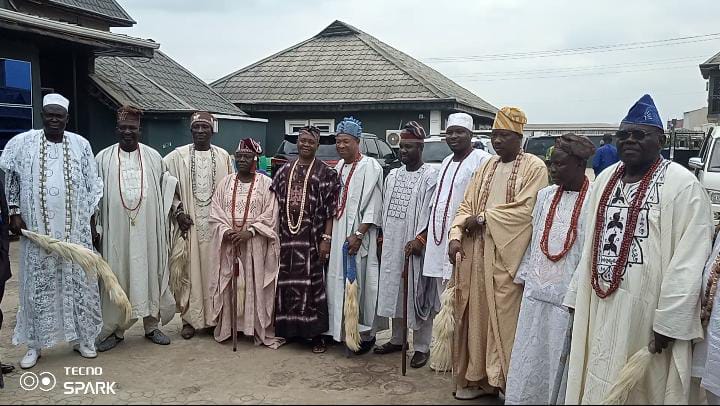 Share
Facebook Twitter LinkedIn Pinterest Email
The second term bid of Governor Dapo Abiodun further got a boost on Thursday, 11 August, 2022, as traditional rulers under the aegis of the Progressive Royal Fathers of Ogun Central, endorsed the  governor for another term.
The royal fathers, who hinged their support for the governor’s second term bid on what they described as “his sterling and creditable   performance in office”, said one good term deserves another.
Addressing journalists on behalf of the royal fathers after their meeting in Itori, Ewekoro Local Government Area, on Thursday, 11 August, 2022, the Olu of Itori, said that 72 monarchs, after meeting with the governor on Wednesday, unanimously voiced their support for his continuity in office come 2023.
“We thank God for our governor who God has been using to turn around the state, despite the pandemic and its effect on the economy. The governor has done tremendously well in the state and we are proud of him.
“We throw our weight behind him; we will do all necessary things to make his coming back in 2023 easy. Our mantra in the Progressive Royal Father’s forum is eight years for Governor Dapo Abiodun, and we are giving  a hundred percent support,” he said.
Akamo, while noting that the state under the leadership of the incumbent governor has witnessed tremendous development, commended the huge investment on the Agro Cargo Airport, which he said was a thought out project in the first term of the governor.
The monarch who further disclosed that the forum is also happy with development going on in other sectors of the state economy, acknowledged the governor for his doggedness in handling state  even after the side effects of the COVID-19 pandemic.
He urged the governor to continue to embark on the infrastructural development of the state, maintaining that the governor has definitely done a lot for the state.