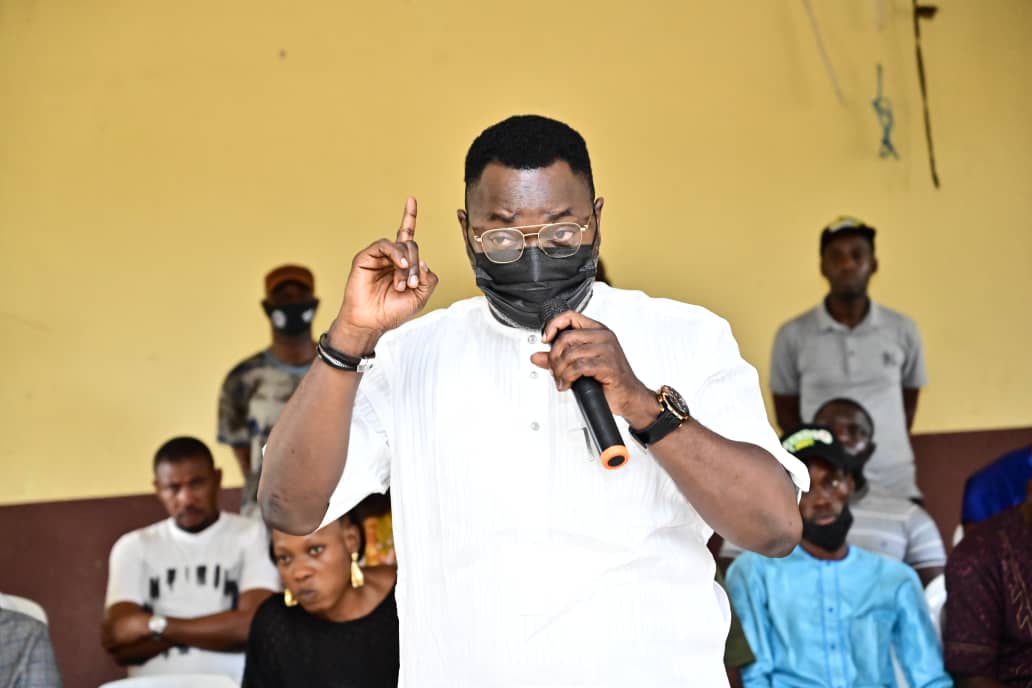 Posted By: The Gazelle NewsIn: News, PoliticsNo Comments
Print Email
Determined to bring about a better welfare for members of staff of Oshodi-Isolo Local Government Area of Lagos State, the council Chairman, Otunba Kehinde Almoroof Oloyede, popularly known as Kendoo, has promised his administration will take with as its priority their welfare by increasing their allowances. 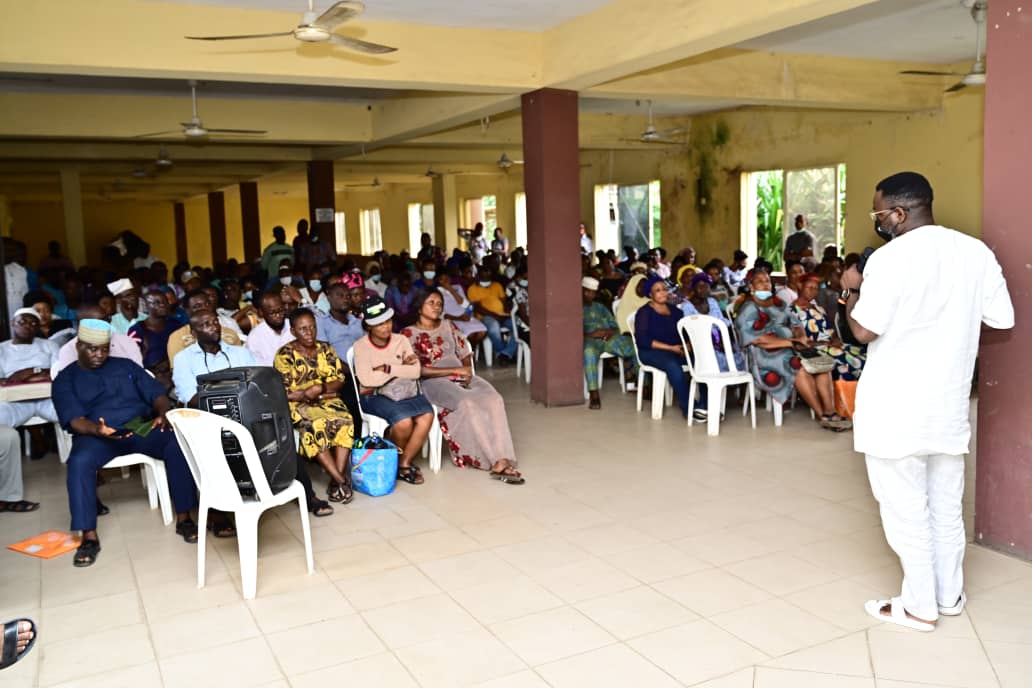 The council boss also said he will be looking into their welfare with the provision of three staff buses to ease transportation.
The council helmsman made the disclosure on Wednesday, 1 September, 2021 at the maiden edition of his meeting with the staff, stressing that he decided to interact with the staff so as to know their challenges and provide the necessary succour to make their world easy.
Oloyede maintained that since he assumed office barely a month ago, he has seen so many abnormalities especially in the remuneration of now pensionable staff, whose take home, can not be adequate for them.
He announced that in order to ameliorate the suffering of staff in public buses, he has discussed with the Council manager and the council Treasurer on the need to purchase three staff buses for staff members.
Oloyede equally stated that increment in the internally generated revenue (IGR) of the council depends much on the  staff and as such they should increase their revenue generation drive for him and his team to be able to deliver on the promises made.
Otunba Oloyede also posited that staff should endeavor to be punctual at all times as he will not accept lateness to work.
He said, “I  have come to meet you, so that I will be able to relate with you when I see some of you outside. And since I assumed office, I have not been happy with the situation of the staff welfare.  I have discussed with the council manager and we have agreed to purchase three buses for staff.”
On the welfare package during festive period, he maintained that he will increase on what he met, as what is currently being paid can’t be enough for them as take home.
The council boss claimed though he will not give a specific figure of the increments, but definitely, the increment will be announced soon and tangible that all will appreciate.
He stated that his administration will ensure that there is balance between the staff welfare and general infrastructure in the community.
Earlier, the council manager, Mrs Toyin Balogun in her opening remarks thanked the Chairman for the opportunity to meet with the staff and urged the staff to also maximize the opportunity by listening to the chairman attentively to enable them ask germane questions.
While rounding up the meeting, the chairman disclosed further that having seen the level of the council primary health Centers, his administration has purchased two ambulances to better service delivery.
The meeting was attended by the management team and was a joyous occasion as the staff sang praises of the chairman for his promises, and prayed that God will give him the wherewithal to execute the promises.