By The Gazelle NewsJuly 11, 2022No Comments2 Mins Read 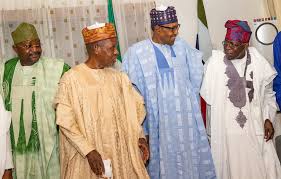 Share
Facebook Twitter LinkedIn Pinterest Email
All roads will, on Tuesday morning, 12 July, 2022, lead to the Osogbo Township Stadium for the grand finale of the Osun All Progressives Congress, APC, campaign rally ahead of Saturday’s governorship election in the State.
Expected at this rally are Party chieftains at the national level and across the 36 states of the federation.
The Grand Rally Reception Planning Committee, in a statement by its spokesperson, Funke Egbemode, said the rally is not just a gathering of party faithful but also of lovers of democracy and good governance, saying “those are the things Oyetola, the Osun APC governorship candidate, represents”.
The Committee also assured that logistics to ensure hitch-free outing has been perfected.
The statement reads in part: “The Osun chapter of All Progressives Congress (APC) invites party faithful and all lovers of democracy and good governance to the Grand Finale of Governor Adegboyega Oyetola’s re-election rally in Osogbo, the state capital.
“The rally is scheduled to hold at the Osogbo Township Stadium, beginning from 11:00am on Tuesday,  July 12, 2022.
“Leaders and chieftains of the APC, including the Vice-President of the Federal Republic of Nigeria, Prof Yemi Osibajo , members of the Central Working Committee, National Campaign Council, APC Governors and other national and regional structures of the Party are expected at the rally in support of Mr Adegboyega Oyetola, the party’s candidate in the Osun governorship election.
“We trust that members of the APC will show the formidable strength and decorum the party is known for, even as we implore all residents and citizens of Osun to come out en-masse and in public acclamation of their overwhelming support for the APC candidate,” the Committee said.