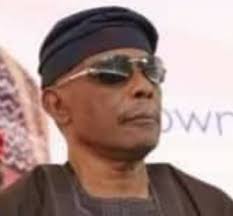 Posted By: The Gazelle NewsIn: News, PoliticsNo Comments
Print Email
Lagos highest decision making organ, the Governor Advisory Council (GAC) has described the death of one of its members, Professor Tunde Samuel as a heart braking event, reports The Gazelle News.com.
In a press statement issued by the GAC Secretary, Chief Mutiu Are, the group commiserated with the family of the deceased particularly his wife and children, noting that the group will await burial plans for the deceased by his family for action.
Professor Samuel died late Wednesday, 16 February, 2022.
Below is the full statement by the GAC:
With a broken heart, the death of Prof. Tunde Samuel has been announced.
We commiserate with the wife, Children and entire family for this irreplaceable loss and pray to God that his soul rests in perfect peace.
We would await burial plans as would be announced by the family.
May the rest of us not witness sudden death…
Thank you.
Chief Mutiu Are (GAC Secretary)