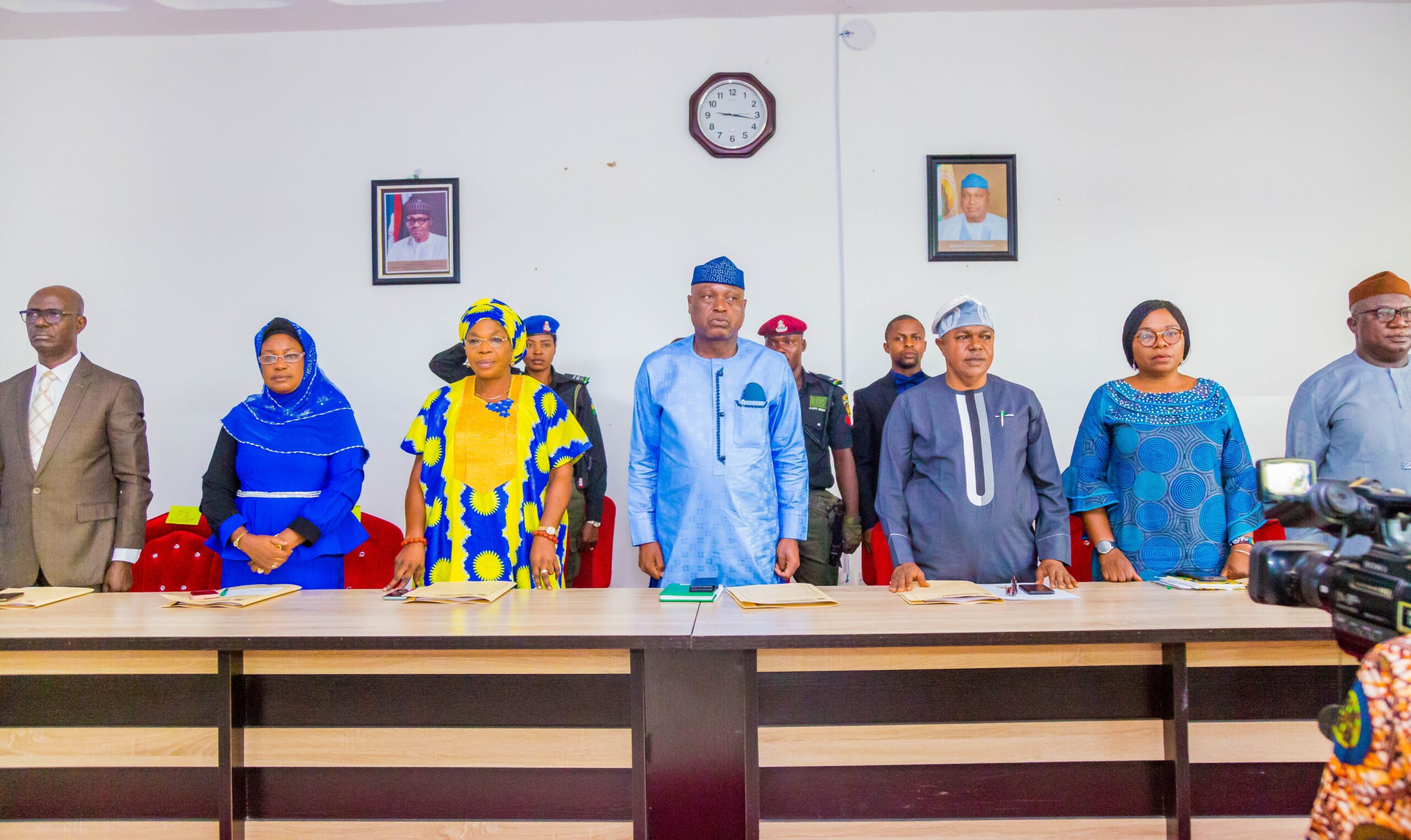 Posted By: The Gazelle NewsIn: News, PoliticsNo Comments
Print Email
Ekiti State Governor, Mr Biodun Oyebanji has stressed the need for the State’s  Internal Revenue Service  to brace up its revenue generation drive by bringing more people into the tax nets without inflicting hardship on the people.
Oyebanji, who stated this in Ado-Ekiti on Monday, 31 October, 2022, during the Treasury Board Meeting organized by the state Ministry of Budget and Economic Planning in preparation for the 2023 budget, said government would need more money to drive its agenda aimed at bringing succour to the people of the state.
He pleaded with all revenue generating agencies to look inward and ensure that more money comes to the coffers of the state, adding that the budget was crafted in a manner that speaks to the state development plan.
While expressing his commitment to improved welfare of workers, Mr Oyebanji urged all public servants to be transparent and as much as possible cooperate with the Board of Internal Revenue Service to use technology in driving revenue generation in the state just as he threatened to be hard on any MDA that refuses to use the platform.
He added that his administration would continue to try its best to ensure that workers are treated with decency, urging them to brace up and work hard to achieve the lofty agenda of the administration.
The Governor pledged his support for the Board of Internal Revenue Service to enable it perform effectively calling on them to harness windows of opportunities open to the state to improve revenue generation.
“We are not going to put pain on our people but there are lots of opportunities that you can harness to increase the IGR. I need your cooperation, I need your help. I can only do what I promised you if I have money. I can be well-intentioned but when I don’t have resources what can I do.
“I’m committed to improved welfare for workers, I’m sure you got your salaries and I must commend the Accountant General’s office for ensuring that happened. she has given me another promise and I’m sure that one will happen today.
The Governor said further that his administration would not subscribe to increase in subvention to  tertiary institutions until all stakeholders hold a conference to chart a way forward.
“Subvention will not increase until all stakeholders sit down and agree on the way forward, once we do that, government will do its own bit, management will do its own as well as students and union, until we get to that junction, no increase. The truth of the matter is that at a point, subvention will stop, I’m not saying it is going to stop now but we must prepare our minds that a time will come that state will not be able to give subvention to institutions.
“Management should start preparing for that, it is a hard fact. What we are paying now we will continue to pay until we agree on a roadmap to ensure that we have a world class institutions. He said.

Nigeria At 60: Rededicate Yourselves To Nation Building, Group Urges Leaders