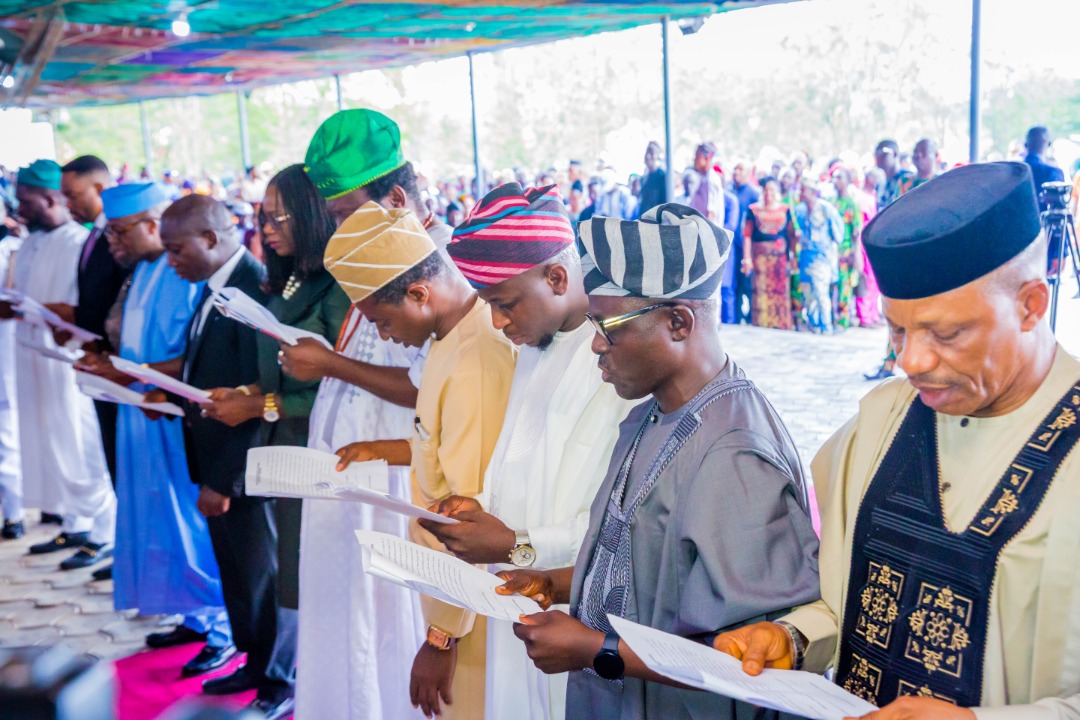 Posted By: The Gazelle NewsIn: News, PoliticsNo Comments
Print Email
Ekiti State Governor, Mr Biodun Oyebanji on Friday, 18 November, 2022, inaugurated two newly appointed Commissioners and nine Special Advisers with a charge on the appointees to go the extra mile in contributing their time, talent and expertise to the overall development of the State. 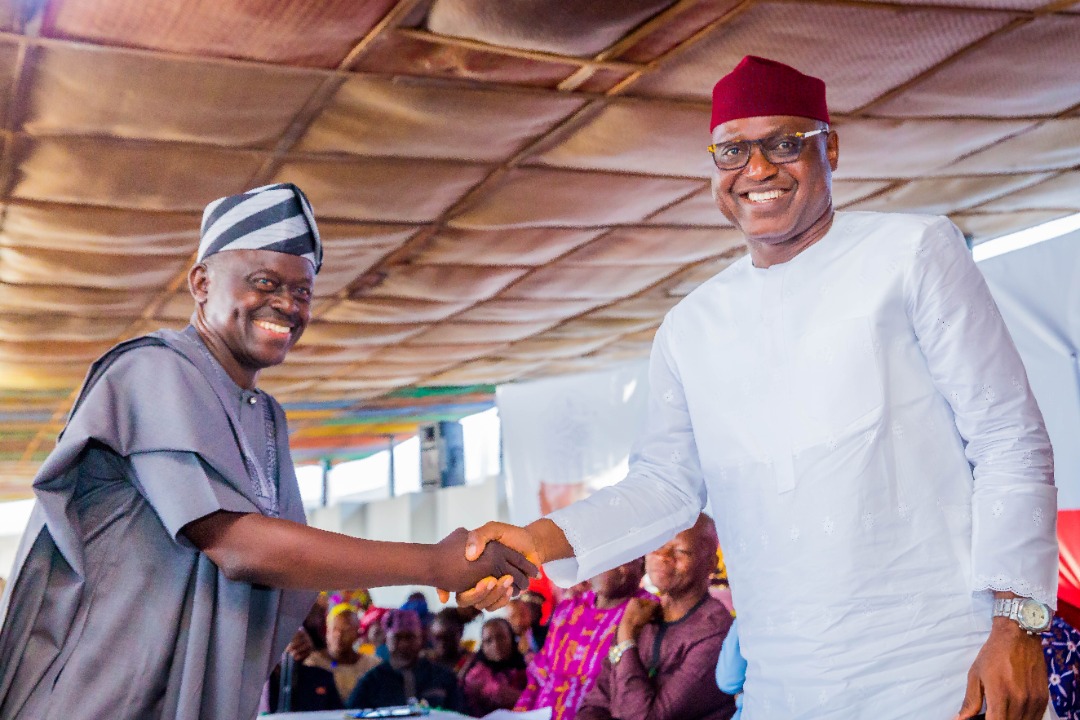 Speaking during the ceremony that took place at the Osuntokun Pavilion, Government House Grounds, Ado-Ekiti, Oyebanji said the appointees were selected based on their proven pedigree of professionalism, brilliance and personal accomplishments stressing that appointment under his administration must be earned based on competence, character and creativity to achieve excellent service delivery. 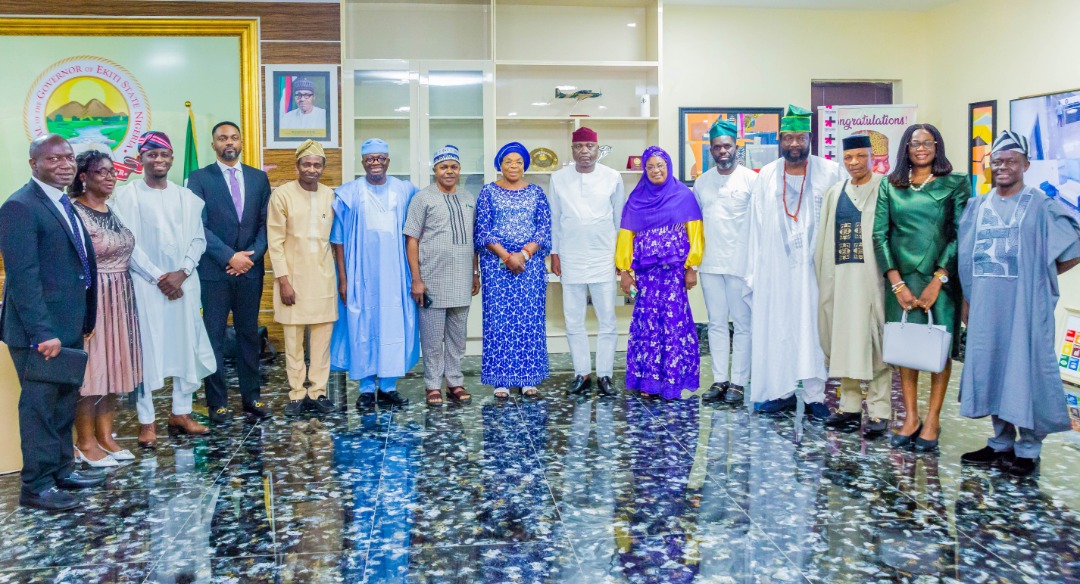 Oyebanji urged the appointees to bring to bear their wealth of experience and leverage their competence to meet the expectation of the people as well as see their appointment as a rare opportunity to contribute to the development of the State. 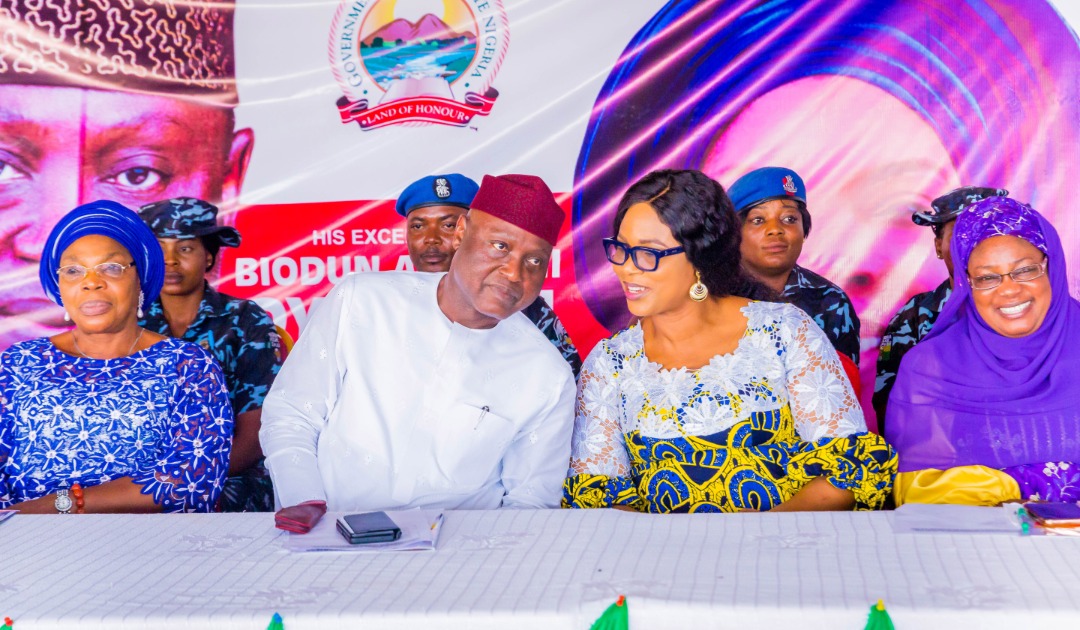 The Governor urged members of the public not to put undue pressure on the appointees. He, however, told the newly inaugurated officials to carefully understand the nuances of the people and their environment, which according to him, is key to how far they can succeed in the determined effort to transform Ekiti State and make life better for the people. 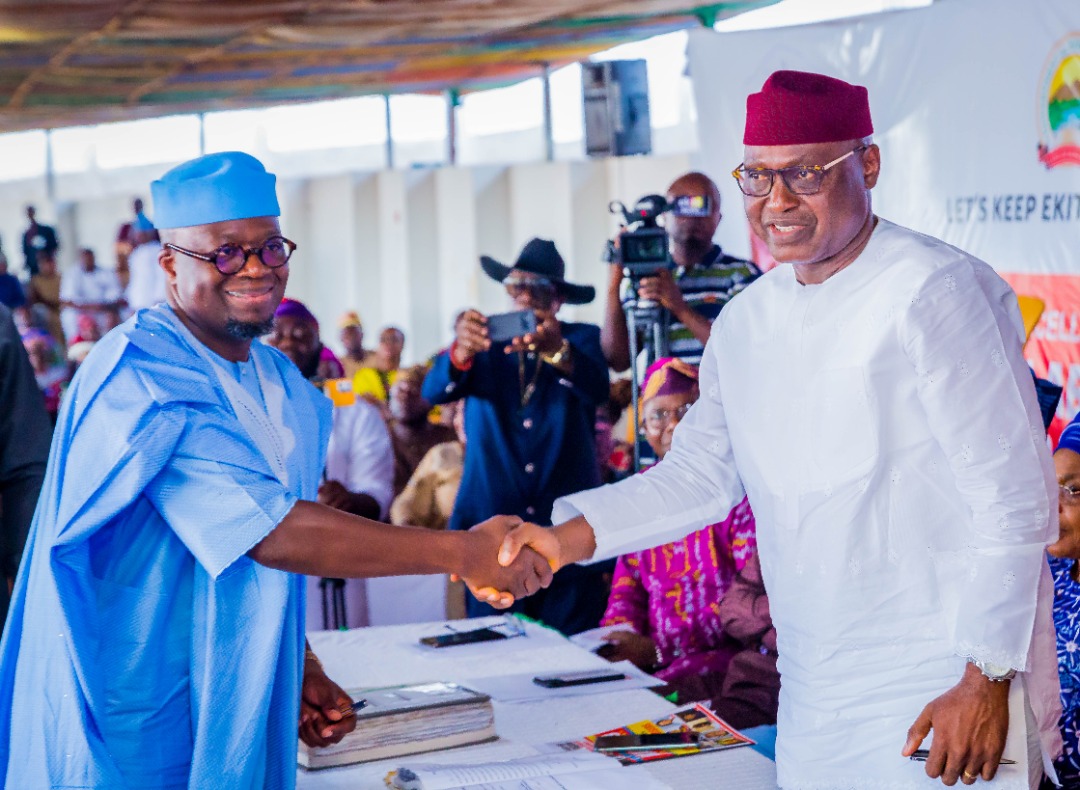 He also allayed the fears of political leaders over appointments, restating his earlier stand that they would play very critical role in the appointment to political office holders, adding that the first set of appointment he made were  purely professionals who were coming on board to put together the building blocks for future political appointees to build on.
Oyebanji charged the appointees to sustain those positive leadership qualities that stood them out and qualified them for the appointment, stating they were assuming office at a very challenging time when expectations are high and resources not readily available.

On 2023 presidential election, the Governor appealed to all political parties to adhere strictly to the campaign rules and regulations by ensuring that campaigns are issue-based and devoid of violence and rancour. He urged Ekiti electorate to ensure victory for the All Progressive Congress (APC) Candidate, Asiwaju Bola Ahmed Tinubu at the polls, adding that he would personally lead the campaign.
“Today’s event is another significant move in our bid to ensure a very solid foundation for our government. It also marks the commencement of the implementation of our campaign manifestos.
“As you assume office today, you are expected to bring to bear your wealth of experience and leverage your competences to meet the expectation of our people. I also want you to see your appointment as a clarion call to service and a rare opportunity to contribute to the development of Ekiti State and its people.
“I will like to place on record that I am committed to my campaign promise that party leaders will play a very critical role in appointment to political offices at the appropriate time.
“Those being sworn in today are pure professionals with no political alignment that can distract them from governance. They are coming on board to put together the building blocks for future political appointees to build on so that our people can benefit from a collaboration between the professional class and the political class.”, the Governor stated.
Speaking on behalf of the appointees, the newly inaugurated Special Adviser, Education, Science and Technology, Dr (Mrs) Bimpe Aderiye, thanked the Governor for finding them worthy, saying they would put in their best in their assigned responsibilities.
Those appointed as Commissioners are: Mr Akintunde Oyebode (Ministry of Finance and Economic Development) and Dr Oyebanji Filani (Ministry of Health and Human Services).
The new Special Advisers include: Mr Niyi Adebayo (Budget, Economic Planning and Performance Management); Mrs Tayo Adeola (Investment, Trade and Industry); Mr Ebenezer Boluwade (Agriculture and Food Security); Dr (Mrs) Kofoworola Olabimpe Aderiye (Education, Science and Technology).
Others are: Chief Jide Awe (Political and Inter Party Affairs); Architect Tope Ogunleye (Bureau of Special Projects); Mr Seun Fakuade (Governance, Reforms and Innovation); Brig. Gen. Ebenezer Ogundana (Security Matters); and Mr Yinka Oyebode (Media and Strategy/ CPS).
At the event were: the state Deputy Governor, Chief (Mrs) Monisade Afuye; the Wife of Governor, Dr (Mrs) Olayemi Oyebanji; the Deputy Speaker, Ekiti State House of Assembly, Rt. Hon. Hakeem Jamiu; the Secretary to the State Government, Dr (Mrs) Habibat Adubiaro; the state Head of Service, Barr. Bamidele Agbede; the state APC Chairman, Barr. Paul Omotoso; members of the House of Assembly, body of Permanent Secretaries and traditional rulers.