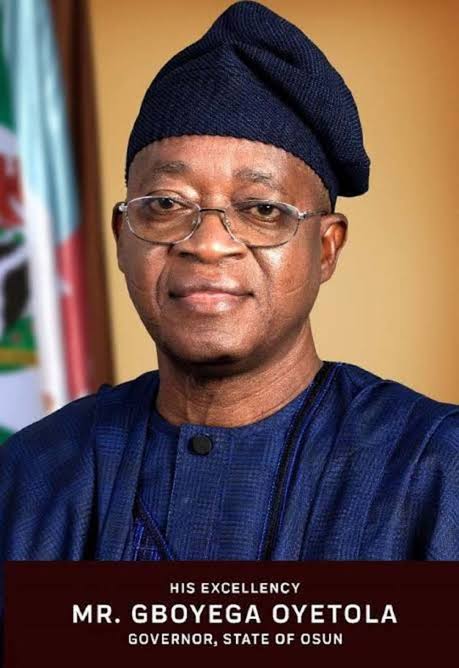 Posted By: The Gazelle NewsIn: NewsNo Comments
Print Email
The Governor of Osun State, Adegboyega Oyetola has expressed sadness over the demise of one of the stalwarts of the ruling All Progressives Congress (APC), the late Alhaji Wale Lasisi who passed on in the early hours of today, Tuesday, 15 November, 2022.
Oyetola described the death of the late astute politician and community leader as a great loss not only to the progressive family, Osogbo community, the State,  but Nigeria as a whole in view of  his outstanding contributions to the growth and development of the State as a democrat and bureaucrat.
Oyetola, in a statement by his spokesman, Ismail Omipidan, extolled the virtues of the late octogenarian and seasoned politician cum educationist whose legacies , he noted, must be sustained.
According to him, the late Baba Lasisi was a strong pillar and a rallying point for APC faithful. He further noted that his God-given wisdom had been the source of inspiration and beacon of hope to existing and upcoming politicians as his fatherly role would be forever missed.
The Governor, therefore, commiserated with the immediate family of the late politician and prayed Almighty Allah to grant him Aljanat fridaus and as well give the family the fortitude to bear the irreplaceable loss.

Abike @ 59: Celebrating An Epitome Of Excellence With Human Kindness