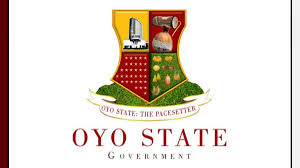 Posted By: The Gazelle NewsIn: Crime, NewsNo Comments
Print Email
Oyo State Government has suspended a female student of Jericho High School, Ibadan, vowing to take further action on the matter in due course.
The state Commissioner for Education, Science and Technology, Barrister Rahman Abiodun Abdu-Raheem stated this today, Tuesday, 30 November, 2021 after a meeting with key education stakeholders in Ibadan today.
Expressing the displeasure of Oyo State government over the incident, which led to her suspension, Adbu-Raheem disclosed that the student in company of her mother, recently invaded the school with hefty thugs and miscreants assaulting a male student, teachers and other parents during a PTA meeting.
The mayhem was said to be ignited by the girl’s mother and other accomplices, thereby causing tension in the school.
Barr. Abdu-Raheem noted that the state government is taking further action, to serve as a deterrent to other unguided parents and wards.
He appealed for caution, emphasizing that the present government has zero tolerance for impunity, while charging students, parents and all stakeholders to take advantage of Governor Seyi Makinde’s free qualitative education programmes.

Osun Not For Sale To Highest Bidder, Oyetola Campaign Council Replies Adeleke, PDP; Warns Him Not To Overheat Polity

Buhari Replaces Auwalu On NPRA Board