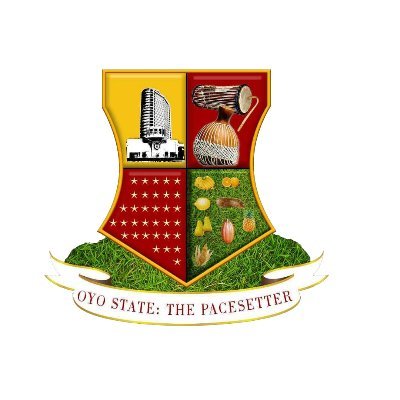 Posted By: The Gazelle NewsIn: NewsNo Comments
Print Email
Oyo State Acting Governor, Bar Bayo Lawal, said on Monday that the state will commence immediate rehabilitation of bad roads and also fix all portholes within Ibadan metropolis.
The Acting Governor, who stated this when he embarked on an inspection of some bad roads within the Ibadan metropolis, said that the administration has ordered immediate repairs and rehabilitation of bad roads within the metropolis.
A statement by the Chief Press Secretary to Governor Seyi Makinde, Mr. Taiwo Adisa, indicated that the acting governor was accompanied by the Commissioners for Environment and Natural Resources Abiodun Oni, Public Works, Infrastructure and Transport, Prof Dahud Sangodoyin and the Chairman of Oyo State Road Maintenance Agency (OYSROMA), Honourable Busoye  Soladoye.
While speaking with newsmen after the inspection tour, the acting governor assured residents of the commitment of Governor Makinde-led administration to ensure that impassable roads are rehabilitated and made passable in a short while.
He said that the rehabilitation efforts will ease flow of vehicular traffic and transportation of goods and services in the state.
He stated  that he has directed OYSROMA to start fixing the portholes and distilling of drainage within 24 hours so as to rid Ibadan of portholes.
He said: “Our roads are calling for rehabilitation throughout Oyo State and this is just the beginning of what we are doing as an administration.
“We want to package all the road networks, especially within the metropolis of Ibadan and see how we can transform and make them passable.
“Here, you can see that the situation of the road is very bad, meaning there must be an intervention to turn this road to a passable one. If we do this, our neighbourhood will be nice to look at. The environmental enhancement will be better and people will live in a healthy environment.
“So, it is an ongoing process. We are doing this within the metropolis. We will go into the hinterland and do the same thing so that people will feel the dividends of democracy as we promised the people of Oyo State.
“The governor is not around but he is aware of this because he instructed that we must carry out this exercise and that is what we are doing. I came out to see this myself and I know that, starting from tomorrow, our people will begin to feel the impact of the state government on fixing some of these roads.
“At Dugbe, we have observed some certain portholes are yet to be filled but I have directed the OYSROMA Chairman and given him 24hrs to mobilise and swing into action.
“If you compare the road network to Dugbe, they are far better than where we are now and the teeming population is here. Here is a dwelling environment and that was why I took time to see for myself. I can assure you that OYSROMA will swing into action, the Ministry of Works will complement its efforts and, in two to three months, we will fix all the roads within the metropolis.”
Among the roads visited were: Mokola, Dugbe, Adamasingba, Femi Johnson, Oke-Bola, Oke-Ado, Ibadan Grammar School, Kudeti, Ori-Aperin all in Ibadan metropolis.

Oyetola Congratulates Ogiyan Of Ejigbo At 85